This election result is not a radical reaction, it is a rational response to economic inequity 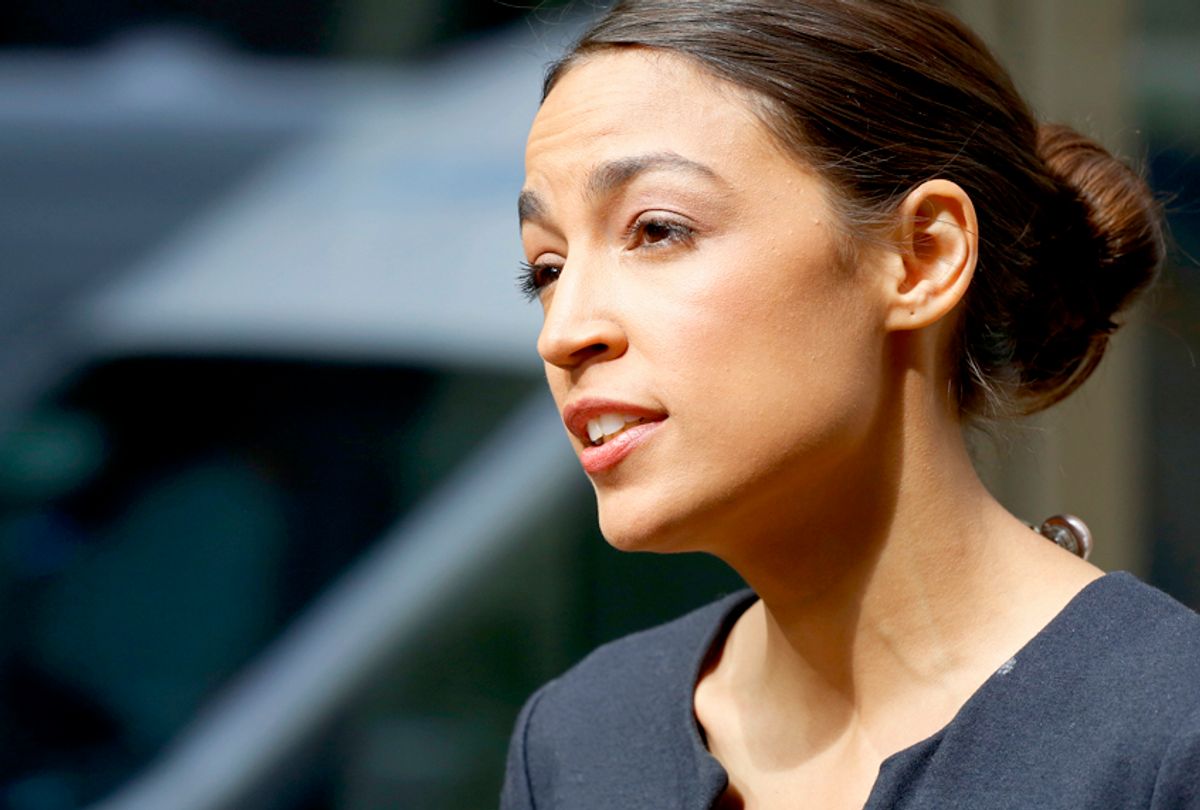 Twenty-eight year old  Alexandria Ocasio-Cortez’s primary victory over Congressman Joe Crowley is not about left or right ideology. It’s about the insatiable appetites of the predator political class that Crowley and his machine epitomizes that represents so much of the professional Democratic Party.

In Congress, Crowley, who rose to power with the help of organized labor, but also led a faction of moderate Democrats that did  the bidding of Wall Street financial firms.   They were the 21st century pirates of the Caribbean  that collapsed the American economy and robbed  Americans of about $20 trillion dollars in  family wealth that had been built up over generations.

Crowley, from his perch on the Democratic Congressional Campaign Committee, was able to distribute the proceeds from his Wall Street ‘relationships’ across the country on such a scale that his name was floated as a potential successor to Rep. Nancy Pelosi.

Closer to home, for decades Crowley, and his cronies that run the Queens County Democratic Party, benefited from controlling, much like feudal lords, who got to run for City Council and judgeships. His personal blessing was essential to even become City Council Speaker. Political pundits called it ‘kissing the ring’ when referring to the ritual  of Crowley’s anointing candidates.

In turn, the lawyers linked to the Queens Democratic Party reaped millions in fees from the state’s handling of the property and estates of people that died  without leaving a last will and testament. These legal proceedings were presided over by the very same judges that the Crowley machine had installed in “elections” where there were no opponents.

Of course, the objective is to see to it that as much of the estate is consumed as possible by the politically connected lawyers in fees,

who then tithe back to the political machine.

It’s the same play, when it comes to the very lucrative foreclosure mill business, where politically connected lawyers make a fortune finishing off working class families who were first victimized by predatory mortgages before the 2008 collapse, and then found themselves owing far more on their family’s home than it was worth after the crash.

Forcing working class families out of their homes helps the real estate industry and developers get on with gentrification and upscaling of entire neighborhoods even as the ranks of the homeless swell.

To add insult to injury, Crowley, whose children go to school  in Washington D.C., and and his top lieutenants running his political machine, don’t actually live in Queens. “The worst kept secret in Queens is that the party has long been controlled by a small clique of middle-aged men who don’t even live in New York City,” wrote Daily News columnist Errol Louis recently.

As Louis rightly observes, awareness about the nature of the Queens machine had been out there for years and yet it endured. So, what is it about this inflection point in history that made it possible for a first time candidate to upend an architecture that feeds off the most struggling strata of the local population in such a myriad of ways?

Ocasio-Cortez’s understanding of the predator political machine was gleaned from first hand experience when her father died without leaving a will. She was 19, and as she told the Intercept in an interview, this meant her family fell prey to the Westchester County Surrogate Court. It took her family years to emerge from the byzantine process.

Her mother worked as a housecleaner and bus driver and Ocasio-Cortez worked as a bartender and waitress. Against all odds her family managed to fend off the sharks trolling their neighborhood.

“We just couldn’t afford to keep our home, and we had bankers going up to the curb of our home and taking photos of our house,” she told the Intercept. Her mother was able to sell the home and move to Florida before the family lost it.

Ocasio-Cortez's brilliant campaign is based on the life experience of her generation, whose lives have so far been book-ended by the World Trade Center attack, a never ending global war on terrorism and the Great Recession, where greed and corruption were officially rewarded and millions of Americans were turned out of their homes.

With the exception of the occasional break through, like the research on eviction in America by Princeton University sociologist Matthew Desmond, or the recently published book by Alissa Quart entitled Squeezed: Why Our Families Can’t Afford America we don’t get an accurate picture of what is happening all around us.

We can hardly expect a corporate news media, that has to keep the myth of perpetual consumerism alive in order to fund itself,  to provide our situational awareness.

Ocasio-Cortez's campaign platform that calls for Medicare for all, that sees housing as a right, and maintains the wealthiest nation on earth can afford a Federal jobs guarantee, speaks to the tens of millions of struggling American households  that are either ignored or preyed upon by their local version of the Crowley machine.

Back in 2016, when I did  a county-by-county analysis of U.S. Census poverty data for New York State, it became apparent that in addition to the traditional pockets of poverty in upstate cities and places like the Bronx, suburban and rural communities were also now grappling with rising poverty and a greater demand on social services.

In the aggregate, the state’s adult poverty rate went from 13 percent in 1989 to 16 percent in 2014, the year with the most recent data available. Childhood poverty rose from 18.8 percent to 22.9 percent over the same 25-year span. In some neighborhoods, childhood poverty approached the 50 percent mark.

You can only be surprised that Crowley’s version of Democratic politics that’s funded by Wall Street and corporate interest was defeated if you have absolutely no idea what’s been happening in the neighborhoods in the Bronx and Queens that make-up the  14th CD .

According to the United Way’s ALICE survey, which combines the number of households living below poverty and those that are asset-limited, income-constrained, but employed, 71 percent of the Bronx struggles economically week to week. In Queens it is 50 percent.

Democrats have been here before. Former Secretary of State Hillary Clinton didn’t see it either. She believed the corporate media spin about the ‘longest recovery’ and so she missed the great unraveling in those 200 rust-belt counties in states like Michigan, Ohio, Pennsylvania, and Wisconsin that voted for President Obama in 2008 and in 2012 but went for Trump.

Ocasio-Cortez victory, considering the conditions of the place where she won it, is not a radical reaction but a rational response to a political system that has grown so self-serving and so corrupt that it feeds off the people it purports to serve. To turn it out of power is to save ourselves and our future.

Two hundred and forty-two years ago on the July 4th our nascent nation committed to tossing off a similar self-dealing arrangement.