Sue Bird and Megan Rapinoe are brilliant players. We should be as invested in that as we are in their cover photos 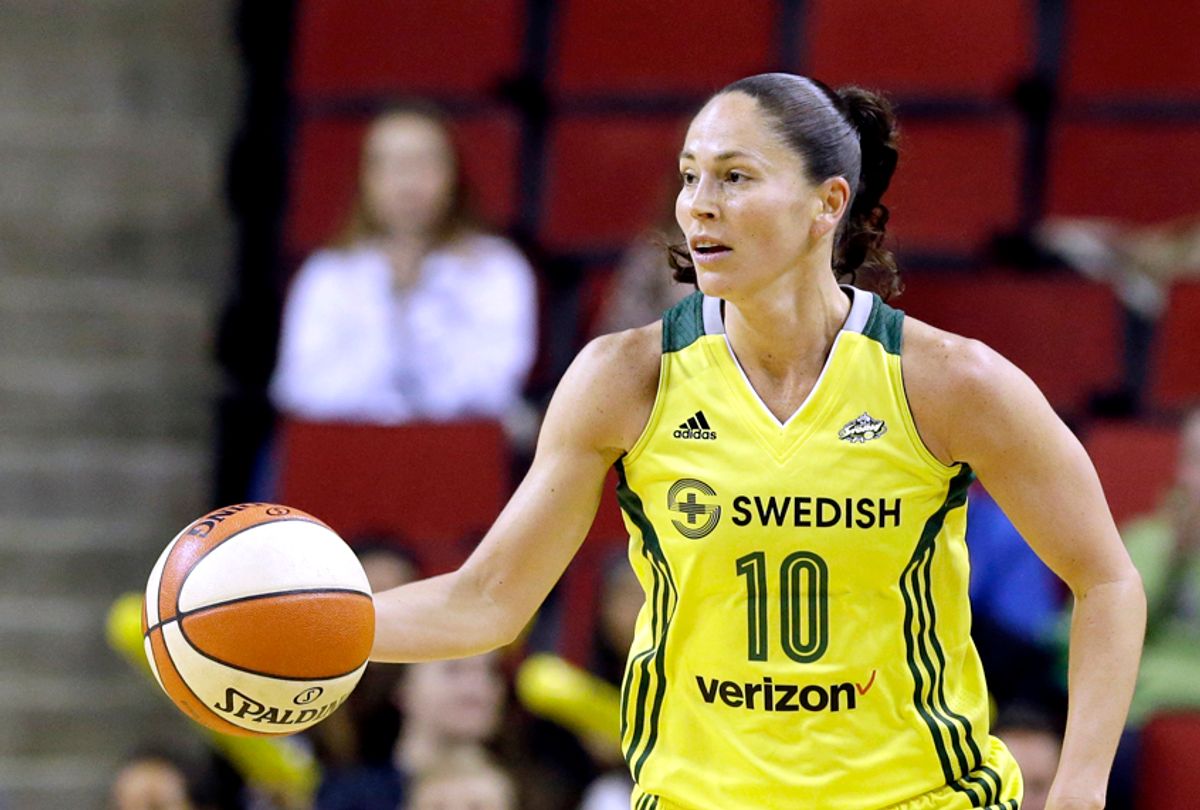 Laptops are getting better and better. My cell phone is much more advanced than the one I had six months ago­, too; the apps on that phone are begging to be updated every week. Everything evolves in our world — everything, that is, except the outdated mentality behind the way we market, appreciate and value women, especially in the world of professional sports.

Over the holiday, I saw a clip of WNBA star Sue Bird of the Seattle Storm brilliantly slashing through the lane, whipping the ball over her head to fire a no-look pass to a wide-open Natasha Howard for the open layup. The clip is quick, but even when the footage playback is slowed down, you still can’t identify when Bird makes eye contact with Howard, making the play even more remarkable.

Plays like that should be talked about more. We rave when LeBron James does it; we explode when Steph Curry hits an open shot. So why not give Bird, the WNBA’s all-time assist leader, the same love? The 37-year-old hoops star, along with her partner, Seattle Reign midfielder Megan Rapinoe, an Olympic gold medalist and 2015 World Cup-winning player for the U.S. women's national soccer team, recently made headlines for being the first openly gay couple to grace the cover of ESPN magazine’s Body Issue.

“I think having a gay couple on [the cover], hopefully it just becomes the norm. You want it to not be an issue. You want it to just be,” Bird told ESPN magazine, “‘Oh, another couple is on there.’ You know, I think for us to be on it is the first step in that direction.”

ESPN’s progressive nature is inspiring, and the magazine feature on Bird and Rapinoe is a huge step in the right direction for LGBT representation in professional sports. But why don't their career-making skills get the same amount of buzz? There’d be no ESPN cover for Bird if she wasn’t one of the most gifted athletes of all time. Don't take my word for it — check her highlight reel.

The #TimesUp and #MeToo movements are forcing sexist entertainment industries to change; companies like HBO have addressed their pay disparities while sexual harassers and assaulters are being exposed, fired and in some cases, criminally charged. Hopefully some of that energy can spill over into the amount of hype we as a culture dedicate to women's sports, because the skill set is there and they deserve the larger salaries and platforms that their male counterparts already receive.