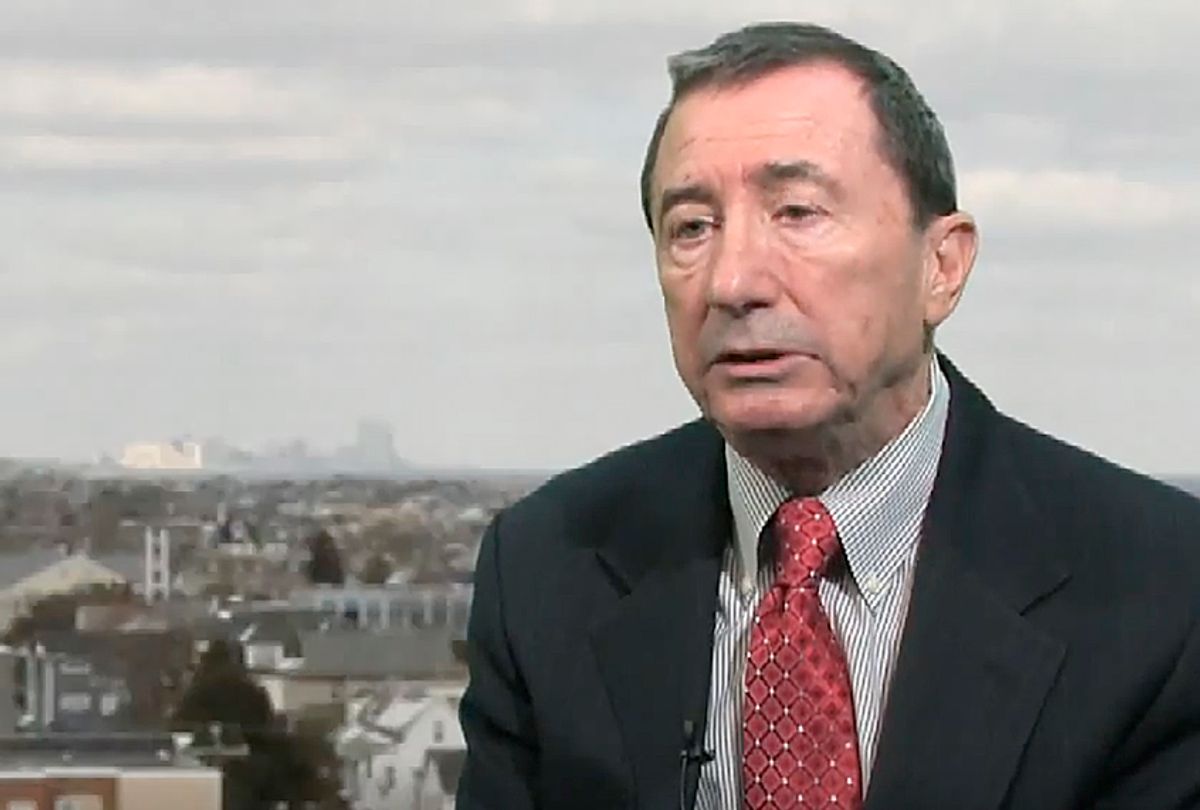 The Republican Party is taking a stand against racism in one congressional race, but it may be too late to save the seat from flipping to Democrats in the fall.

Seth Grossman, who pulled off an upset victory in the Republican primary to represent New Jersey's 2nd congressional district, is under fire for a series of comments he made that have been characterized as racist, according to The Washington Post. In a Facebook post, he linked to an article from a white nationalist website which claimed that African Americans "are a threat to all who cross their paths, black and non-black alike."

Grossman commented, "Oy vay! What so many people, black, white and Hispanic, whisper to me privately but never dare say out loud publicly."

A video also emerged of Grossman making racist comments at a Republican campaign forum in Pittsgrove, Salem County, according to the Philadelphia Inquirer. After denouncing the idea of diversity as "a bunch of crap and un-American," Grossman went on to claim that diversity is "an excuse by Democrats, communists, and socialists, basically, to say that we’re not all created equal; that some people, if somebody is lesser qualified, they will get a job anyway, or they’ll get into college anyway, because of the tribe that they’re with, what group, what box they fit into."

He also suggested that the reason the Republicans nominated former New Jersey Lieutenant Governor Kim Guadagno for governor in 2017 (she eventually lost to Democratic candidate Phil Murphy) was because they wanted to fit into "the diversity box."

"So that’s the diversity box, and I think Republicans make a big mistake when we nominate lesser-qualified candidates because they fit into that box. I believe that’s why Republicans nominated Kim Guadagno instead of Jack Ciattarelli last time.  Oh, she’s a woman; she’ll get more votes, because we’re showing how diverse we are. Look how that turned out," Grossman told his audience.

Grossman, who is running for a seat currently held by retiring Republican Rep. Frank A. LoBiondo, was denounced by the National Republican Congressional Committee once those comments came out.

"Bigotry has no place in society — let alone the U.S. House of Representatives. The NRCC withdraws our support of Seth Grossman and calls on him to reconsider his candidacy," NRCC Chairman Steve Stivers declared in a statement Monday night.

This is especially noteworthy considering that the 2nd district is considered to be competitive.

"Even though Trump carried NJ-2, Democrats were already well-positioned in this seat because of the candidacy of state Sen. Jeff Van Drew, a moderate who Democrats have been recruiting to run here for years," Kyle Kondik, Managing Editor of Sabato's Crystal Ball at the University of Virginia Center for Politics, told Salon. "Grossman’s surprising nomination and subsequent blowup make this an even better target for Democrats. At this point, national Republicans are almost certainly writing the seat off."

Republican Party leaders have also shown a recent willing to speak out against GOP candidates like the neo-Nazi Arthur Jones in Illinois, Senate candidate Corey Stewart in Virginia and Grossman in New Jersey because they haven't been elected. For the most part, they're banking on the fact that Americans deplore open racism (they may be more receptive to dogwhistling, although that's a different story), and as such that they need to distance themselves from co-partisans who risk tarnishing the party brand as a whole by being overtly bigoted.

Once a candidate is elected, however, the GOP tends to shy away from such criticism.

Take for instances, the case of Rep. Steve King, R-Iowa, who has tweeted that "[Dutch politician Geert] Wilders understands that culture and demographics are our destiny. We can't restore our civilization with somebody else's babies," shared Breitbart articles about Italian opposition to mass immigration with the comment that Europe is "waking up" and has a Confederate flag in his office, even though Iowa fought for the Union.

Then there is, of course, the story of President Donald Trump, a man who has made a number of racist comments over the years. During the 2016 presidential campaign alone, his racism included refusing to disavow former Klan wizard David Duke, claiming that Judge Gonzalo Curiel was biased against him because of his Mexican heritage, claiming that a Gold Star mother was silent while her husband spoke at the Democratic National Convention because she was Muslim and claiming that "African Americans and Hispanics are living in hell."

While he was condemned by many of his fellow Republicans at that time, Trump has since made other racist comments, from claiming that Puerto Rican hurricane victims are guilty of "wanting everything done for them" and referring to Haiti and the nations in Africa as "shithole countries" to referring to undocumented immigrants as "animals." Far, far fewer of his Republicans were willing to condemn him on the occasions that occurred after he was president.

Just to be clear: The president of the United States decided that these children, many of them not even old enough to have all of their adult teeth, should somehow be held responsible for the decisions made by their parents. Refusing to recognize the humanity of a child, especially when that child is overwhelmingly likely to be non-white, is yet another glaring sign of racism.

But it's just another day in the life of the modern Republican Party, regardless of how much it gnashes its teeth at the likes of Seth Grossman.