Cynthia Nixon declares herself a "democratic socialist": "Count me in” 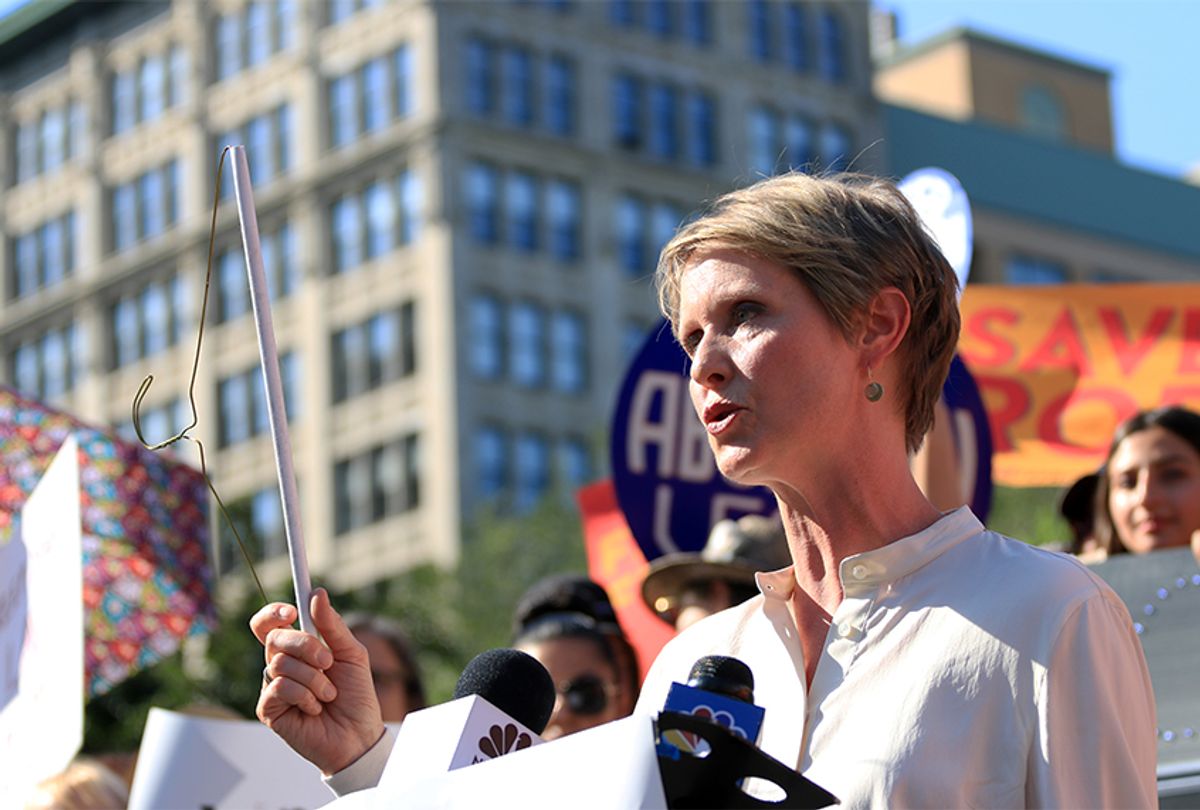 “Yes. Some more establishment, corporate Democrats get very scared by this term but if democratic socialism means that you believe health care, housing, education and the things we need to thrive should be a basic right not a privilege then count me in,” Nixon said in a statement to Politico.

Earlier in the day, Nixon joined other pro-choice organizations and activists at Manhattan's Union Square Park for an emergency protest against President Donald Trump's second Supreme Court nominee, who would replace retiring Justice Anthony Kennedy. Trump's pick, Brett Kavanaugh, is a judge on the U.S. Court of Appeals for the District of Columbia Circuit Court with a judicial record that has abortion rights supporters up in arms.

In a 2017 dissent, Kavanaugh argued that assisting a teenager in custody in getting an abortion would fail to recognize the government's "permissible interests in favoring fetal life, protecting the best interests of the minor, and not facilitating abortion." Kavanaugh has also opposed net neutrality and has a lengthy history of ruling against environmental regulations. Pro-choice advocates concerned about the future of Roe v. Wade, the 1973 landmark Supreme Court ruling that legalized abortion across the U.S., and the most widely discussed legal case in America in the past half-century, organized to "send a message to our elected officials that we are going to do whatever it takes to stop this nomination," said #VOTEPROCHOICE CEO and co-founder Heidi Siek.

"Brett Kavanaugh's nomination to the Supreme Court is a grave, grave threat to our freedoms," she continued. "Make no mistake. He is a conservative, anti-choice judge who will overturn Roe v. Wade."

"Yesterday we saw the nomination of Brett Kavanaugh to the Supreme Court. If he is confirmed, we can be sure that Roe v. Wade will be hanging in the balance or overturned.”

In some areas across the country, abortion access already hangs by a thread. In March, Mississippi Governor Phil Bryant (R) signed a bill that would ban abortions after 15 weeks — setting a limit two full months ahead of what the Supreme Court determined, in Roe v. Wade, was an acceptable cut-off time. More than 20 states have passed similar bills banning abortions after 20 weeks and others are considering similar restrictions.

If Roe v. Wade is overturned by a future Supreme Court case, states will get to individually determine the legality and accessibility of abortion. While services in blue states will likely remain intact, they will most likely suffer in states like Mississippi and Alabama where abortion is already restricted.

For Nixon, abortion and reproductive rights is a personal issue. During Tuesday's protest, she revealed that her mother had an abortion in New York when it was illegal.

The New York gubernatorial candidate said she had been thinking "a lot" about her mother today. "When I opened my closet, something caught my eye that struck me in a different way than it did yesterday," Nixon said, pulling out a wire coat-hanger from her bag. (The coat-hanger has long been a symbol of the desperate lengths women have taken to terminate a pregnancy in the pre-Roe v. Wade era.)

"This is why we must fight like hell — in New York and across the country," Nixon said while holding up the coat-hanger. "We must fight to preserve Roe v. Wade so that no women will ever feel compelled to use something like this on herself ever again."

Despite the concern by pro-choice supporters, Kavanaugh has never explicitly stated that he wants to overturn Roe v. Wade — though he hasn't expressed his support of the decision either. During his D.C. Circuit Court confirmation hearing in 2006, he said he would "follow Roe v. Wade faithfully and fully."

"Today, with the nomination of Judge Kavanaugh, the President is presumably making good on his Roe-reversal promise," Nancy Northup of the Center for Reproductive Rights said in an emailed statement.

The anti-abortion group Susan B. Anthony List said, "Judge Kavanaugh is an experienced, principled jurist with a strong record of protecting life and constitutional rights, as evidenced by his opinions in Garza v. Hargan and Priests for Life v. HHS."