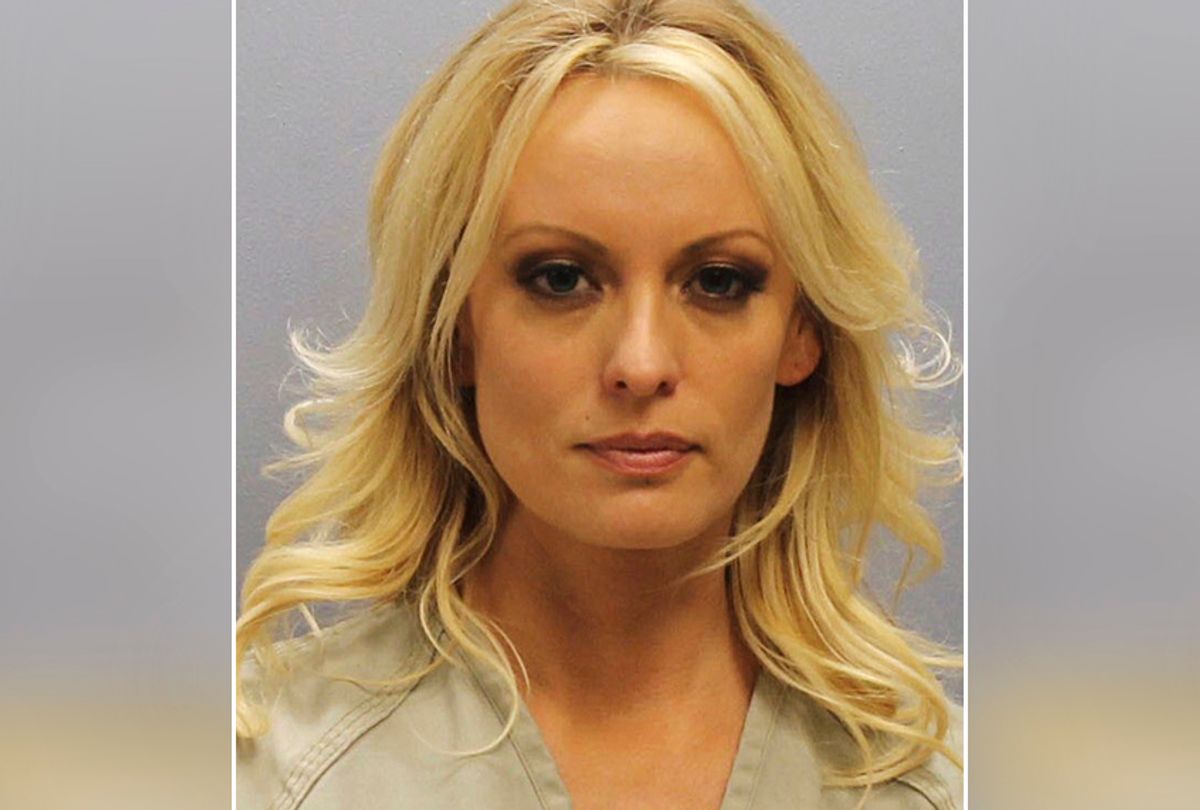 UPDATE: The charges against Daniels have been dropped, according to the BBC.

Stephanie "Stormy Daniels" Clifford, the adult film actress who claims that she had a consensual affair with Donald Trump in 2006, was arrested at an Ohio strip club on Wednesday in an incident that her lawyer has described as a "setup."

On Thursday morning, Avenatti appeared on MSNBC to discuss the case against his client.

"She appeared at the strip club, Sirens, in Columbus... to perform the same performance that she's performed across the country," Avenatti explained. "She was there for her performance and, unbeknownst to her, the police had set up a sting operation within the strip club with multiple officers during her performance. They asked her if they could place their face in between her breasts while she was performing on stage."

Avenatti stopped short of accused police of entrapment, but said, "it's an absurd use of law enforcement resources."

The court documents pertaining to Daniels' arrest, as reported by a local Fox affiliate in Cleveland, tell a somewhat different story.

According to police, Daniels "began forcing the faces of the patrons into her chest and using her bare breasts to smack the patrons." It then claimed that she did this act to three police officers who were at the club at the time.

"As a result of what happened last night, I will, unfortunately, be unable to go forward with tonight's scheduled performance. I deeply apologize to my fans in Columbus," Avenatti quoted Daniels as saying in her tweet.

One Ohio law that may have been the cause of Daniels' arrest is the Community Defense Act, which makes it illegal for individuals aren't related to nude or semi-nude dancers to touch them while they're performing, according to USA Today. The law, however, is rarely prosecuted, raising questions about why so many officers were present for Daniels' arrest.

Regarding the latter, Avenatti took to Twitter on Wednesday to describe how he had been denied access to children of undocumented immigrants who had been separated from their families. He also said that, after his tweet and the media coverage of the incident, he was allowed to see them.

Earlier this week, Avenatti also delivered a speech at Public Justice discussing his heartbreaking experience talking with the children of undocumented immigrants who had been forcibly separated from their parents by Trump.

"The lawyer in me started thinking about how to file cases," Avenatti said. "But the father in me slipped each mother a piece of paper through the small slot under the glass and asked her to write a letter to her stolen child." After describing how one of the children didn't trust him, didn't believe that the letter had come from his mother and doubted whether his mother actually loved him, Avenatti warmed to his broader theme of how Trump has destroyed America's vision.

He added, "And so I want to say this as plainly as I can: These are our people, too."

Avenatti has also indicated that he may run for president in 2020. During an appearance on CNN earlier this month, Avenatti told his hosts that he felt there were a number of key issues that he felt were important to liberals and that he would campaign for the White House if the Democrats did not produce someone he felt was strong enough to defeat the president.

He added, "So look, I hope somebody that’s competent enough to beat this guy . . . steps forward. If they don’t, I will."

When Avenatti spoke to Salon about the Stormy Daniels case in June, he also discussed the sexism that he believes is behind much of the response that his client has received since coming forward with her story about the president.

"Why do we even talk about it as an undercurrent of the misogyny?" Avenatti told Salon. "I think it's front-and-center misogyny. I think that Mr. Trump and Mr. Giuliani share those views, and I think they're disgusting. I think that, ultimately, women in America are going to make them pay the price. Whether it’s in 2018 or 2020, at least, I’d certainly hope so. I think there should be a very stiff price to be paid."

Check out the major headlines of the day!