Conservative MP says Donald Trump has been compromised by Kremlin 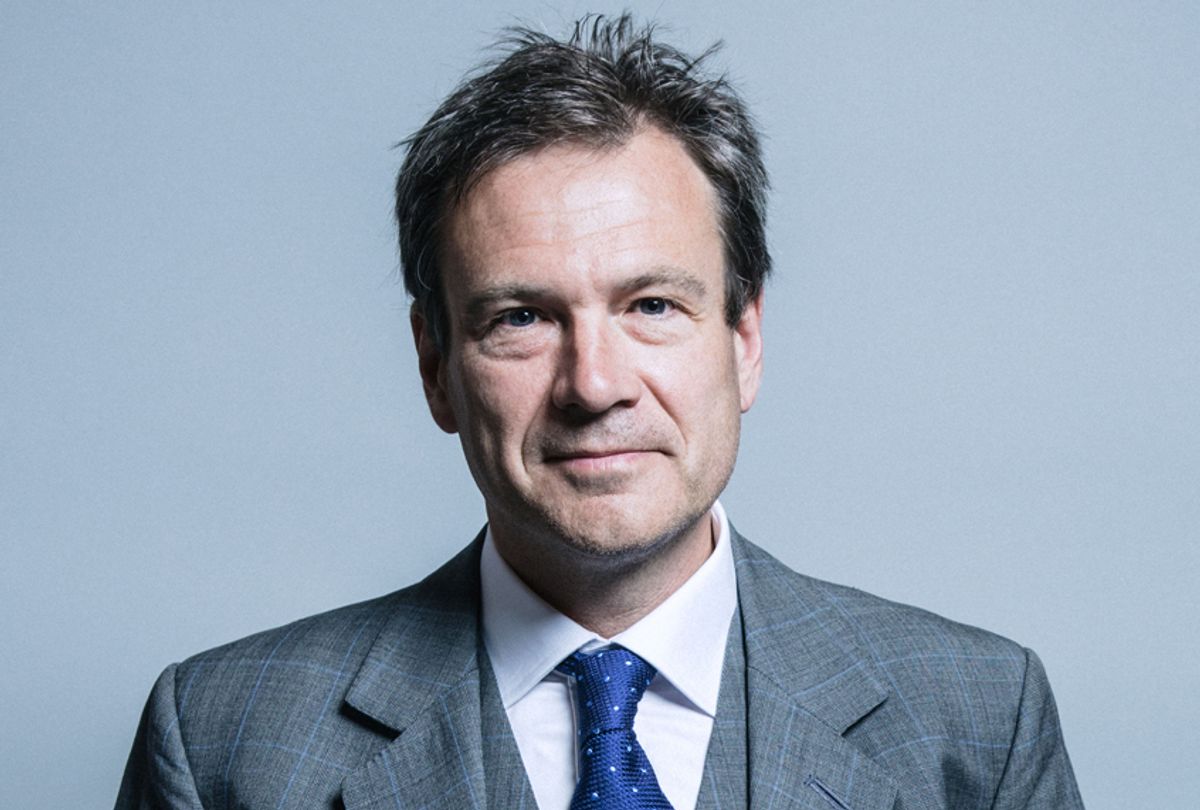 There is at least one member of Theresa May's Conservative government who is willing to criticize President Donald Trump and openly question his relationship with Russia.

Isle of Wight MP Bob Seely, a Conservative member of the British Parliament, tweeted as Trump traveled the country on Friday that the U.S. president has "been heavily reliant on Russia money." Seely conlcuded: "One of many reasons he is comprimsed":

Seely has been an outspoken critic of what he perceives as Russian meddling in Western political affairs, most recently in June when the Tory MP wrote a peer-reviewed report for the Henry Jackson Society about Russian President Vladimir Putin's various attacks on Western democracy, according to the Press Association. In his assessment, Seely claimed that Putin's regime is engaged in a "full spectrum" destabilization strategy against the United States and other Western countries, including Seely's own United Kingdom, reminiscent of the Soviet Union's actions during the Cold War.

"Putin’s tactics owe much to the ‘active measures’ practised by the KGB during the Cold War, subverting truth to undermine our faith in our institutions," Seely wrote in his report:

From fake news aimed at Europe to the propaganda of RT, and from the occupation of Crimea to the streets of Salisbury, Russia is waging a very modern kind of conflict on the West – as well as on the Russian people themselves.

Putin’s tactics owe much to the ‘active measures’ practised by the KGB during the Cold War, subverting truth to undermine our faith in our institutions. He seeks to demoralise and divide us.

The coming years will test our resilience in multiple ways. If we are to counter Russian aggression and deter future attacks on us and our allies, understanding Contemporary Russian Conflict is a crucial first step.

RT, a Russian television network that has been accused of being a pro-Putin propaganda outlet (and which without question has a pro-Putin bias), unsurprisingly denounced Seely's report:

The UK will see a “full spectrum” threat from Moscow for years to come, says Tory MP Bob Seely, in yet another attempt to foster Russophobia by publishing anti-Kremlin propaganda masquerading as a peer-reviewed study.

The study, written for right-wing think tank, the Henry Jackson Society (HJS), perpetuates the Conservatives’ Russia hate campaign by detailing what he calls the “first comprehensive definition of the nature of modern Russian warfare.” HJS, which describes itself as a “policy-shaping force… to combat extremism, advance democracy and real human rights,” has previously been accused by advocacy groups of scaremongering over a report on Islamist terrorism in the UK.

ccording to the paper itself, the study was peer-reviewed by staunch anti-Russian academic Dr Andrew Foxall. In the document, Seely also refers to two others who reviewed the paper. However, it does not bother to name them.

Seely’s paper, titled ‘A Definition of Contemporary Russian Conflict: How Does the Kremlin Wage War?’ warns of a new kind of threat that the Western world faces from Russia. “One in which military and non-military tools are combined in a dynamic, efficient and integrated way to achieve political aims,” said HJS.

Seely isn't the only prominent British public figure to draw attention to improper Russian influence in his nation's political life. In a June editorial for The Guardian, political commentator Nick Cohen called out the BBC as well as both of Britain's major political parties for not doing more to address alleged Russian meddling in the 2016 Brexit referendum.

The first duty of the leaders and citizens of a democracy is to defend its elections from subversion. Yet a country that boasts of giving the world free parliaments feels no obligation even to look at allegations that Russia subverted British democracy. The government and opposition are compromised and want the scandal closed down. As does an embarrassed rightwing press and a shamefully negligent BBC.

On the Brexit scandal, the BBC offers something worse than fake news: it offers no news. In this, the broadcasters are a true reflection of a compromised political system. Alongside the Electoral Commission, the National Crime Agency and intelligence agencies ought to be investigating. Allegations that foreign states are trying to change the course of a nation’s history are too serious to be left to civil servants and junior officers. You only have to raise the possibility of a British version of the Mueller inquiry to realise why Labour and Conservatives, left and right, would hate it.

The Tories are committed to Brexit. They will not push for investigations into a Brexit campaign whose wishes they are now meeting. Psychologically, Tories and the Tory press cannot separate the Russia allegations from Brexit. They fear that, if they look too hard, the legitimacy of the referendum will dissolve before their eyes.

In the US, opposition Democrats want Trump’s every dealing with Russia exposed. But in Britain the leaders of the opposition Labour party are as anxious as Farage and May to change the subject. Never forget the far left’s soft spot for thieving autocrats. Jeremy Corbyn’s spokesman, Seumas Milne, flew to Sochi to bend his knee to Putin.

In addition to the accusations of electoral and other types of political meddling, Russia was accused of using a military grade nerve agent to attempt to assassinate a former Russian military intelligence officer turned double agent for the United Kingdom along with his daughter, according to the BBC. In response, Britain expelled 23 Russian diplomats from the country, with the Russian government complaining that her decision was unjust and claiming it would retaliate against her retaliation, according to The Guardian.

May made her decision after she said that the Kremlin responded to her demand for an explanation within 24 hours with "sarcasm, contempt and defiance." She told parliament that "their response has demonstrated complete disdain for the gravity of these events."

May added, "There is no alternative conclusion other than the Russian state was responsible for the attempted murder of Mr Skripal and his daughter."

Back in the United States, President Trump continues to have multiple business ties to Russia, associations with a number of officials who had to leave his campaign and/or administration because of their ties to the Putin regime and has had to fight off the overwhelming circumstantial evidence of improper contacts between his team and members of the Russian government.

"Putin is his handler," Malcolm Nance, a former Navy senior chief petty officer specializing in naval cryptology, told Salon earlier this week. "There are too many people who keep saying that they are 'sick of hearing about Russia.' These people refuse to acknowledge the evidence. There is a national counterintelligence investigation targeting the White House. The president and all of his staff are implicated."

He added, "We have Michael Flynn, the [former] national security adviser to the president, pleading guilty to lying to the FBI because he covered up secret contacts with a foreign government and lied about it when confronted with the facts. The evidence is now in the realm of the Justice Department, and they’re not going to just come out and give it to you. This is what all these Republican congressmen are trying to do. For example, Devin Nunes and Trey Gowdy. They’re trying to get the evidence so that they can use it to try to exonerate Donald Trump."