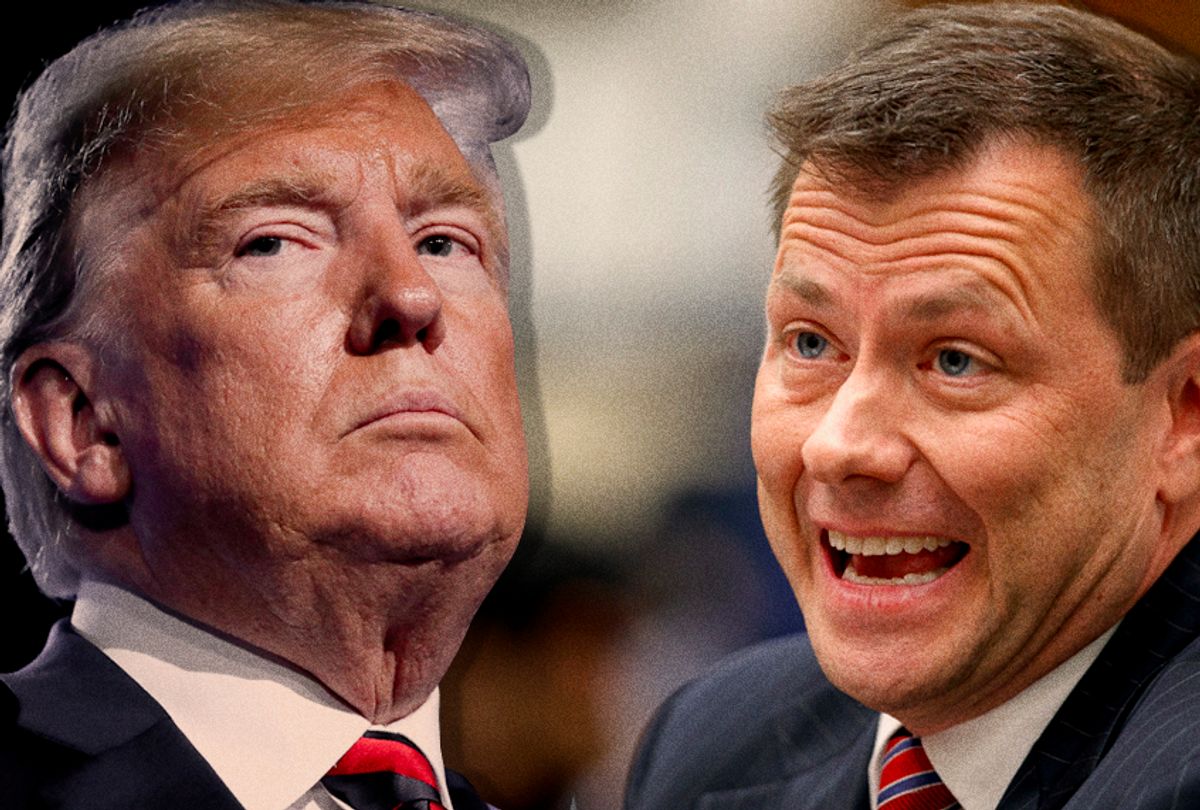 After all the fireworks at the NATO meeting on Wednesday, I assumed they would wind down on Thursday and President Trump would head off to jolly old England with a smile on his face for a nice visit with the queen and a few rounds of golf in Scotland. By acting like an unpredictable imbecile he had made his point: He's got the biggest swinging hands in the free world and there's nothing these pipsqueak allies can do about it.

Unfortunately, Trump wasn't finished. He showed up late for another meeting, took it over and started browbeating everyone again about spending and trade, demanding they embark on a massive military buildup and insisting they spend that money on American equipment because it's the best. Then he held a press conference and, much like the one he held after his Singapore pageant with Kim Jong-un, it was delusional. Trump declared himself a hero for getting the allies to agree to spend more (he didn't) saying, “If you ask Secretary General Stoltenberg, he gives me total credit.” He said NATO is much stronger than it was two days before.

When asked if he would contradict any of these statements in a tweet after the meeting he actually repeated one of the most absurd comments he's ever made, and that's saying something. He said: "That's other people that do that. I don't. I'm very consistent. I'm a very stable genius."

Trump isn't just unstable. He seems to be coming apart at the seams. Politico reports that the NATO allies have concluded, in so many words, that the president of the United States is nuts.

British Prime Minister Theresa May might have thought her conversations with Trump were confidential, what with the "special relationship" between the two countries. She got a big surprise after the big state dinner with Trump in London on Thursday night:

Trump told the tabloid that he had threatened May over her "soft" Brexit plan, telling her that if she followed through on it the U.S. would not make a bilateral trade deal with Britain. I think we know that's fatuous nonsense but he wanted to make sure it was public because May's hold on her job is tenuous. It's pretty clear Trump wants to topple her, apparently in order to install his pal Boris Johnson, her Conservative Party rival. This would be unusual for any other president, but Trump is a big fan of foreign interference in the democratic process on his behalf so he just went for it.

Trump also told the Sun that he'd told May how to do Brexit right but she wouldn't listen. The Brits were not amused:

By the time you read this, we'll probably know just how bad it is.

Meanwhile, back in Washington my hoped-for congressional counterbalance took a hard right turn and went over the cliff. While the Senate had taken some symbolic bipartisan votes about NATO and trade earlier in the week, apparently sending a message that Trump's diplomatic misconduct was not reflective of the entire U.S. government, Republicans in the House of Representatives said, "You want crazy? We'll give you crazy."

The all-day House Oversight and Judiciary Committee grilling of Peter Strzok, the counter-intelligence FBI agent who had been involved in both the Clinton email case and the early months of the Russia investigation -- until he was found to have texted rude remarks about Trump to his girlfriend -- was a three-ring circus. The Republicans were the clowns.

Apparently believing that their best chance of deflecting whatever special counsel Robert Mueller finds out about the Russian interference is to destroy the reputation of the FBI and the Department of Justice, GOP committee members decided to become the human version of Donald Trump's Twitter feed. It wasn't pretty.

Strzok's monumental bad judgment in using a government phone to insult Donald Trump has landed him in this hot water and will probably end his career. But he was an effective witness and it's unlikely the Republican clown show played well outside the Fox News Big Top. He was straightforward about his contempt for Trump but made a sound case for why that didn't and couldn't have interfered in his investigation. He was passionate in his defense of the FBI and not intimidated by the Trumpian insults and browbeating from the Republicans.

His testimony once more showed the deeply illogical nature of the Republican counter-narrative that the FBI was out to get Trump and help Clinton. They insist that Strzok's bias tainted the investigation but they cannot explain how it is that he never said a word in advance of the election. Indeed, the FBI put reporters off the scent rather than confirm information they'd obtained elsewhere. Hillary Clinton was the person sabotaged by FBI Director James Comey, not Trump.

At one point, Rep. Darrell Issa, R-Calif., asked Strzok about a text in which he wrote that Trump would have "no idea how destabilizing his presidency will be." Issa seemed to think this was some sort of a threat from the "deep state." Strzok explained that had come on the heels of comments by then-candidate Trump, who said he didn't know whether or not the U.S. should honor its commitments under NATO, that it would depend on how he believed a particular ally had behaved. That's not how it works.

Strzok was right about all that, as we've seen this week in Europe. Politico's Michael Crowley aptly described Trump's dealings with foreign leaders on MSNBC by quoting some lines from "Apocalypse Now":

Capt. Benjamin Willard [the allies]: They told me that you had gone totally insane, and that your methods were unsound.

Capt. Benjamin Willard: I don't see any method at all, sir.

There is no method. But there is a pattern to Trump's madness, which foreign leaders are starting to understand. He creates a phony crisis, then sweeps in, puts on a show insulting and bullying everyone and declares that he has now fixed the crisis that never existed in the first place. In the meantime he's destroying America's reputation and turning the world upside down, creating chaos for no reason beyond TV ratings and pleasing his rabid followers.

The allies can only try to contain the damage. After all, they are seeking stability and predictability. But adversaries have much to gain through the U.S. self-destructing this way, and are figuring out how to take advantage of this ill-equipped man for their own ends. We'll see how that plays out next week in Helsinki.

How the GOP became the party of hate