Keanu Reeves on making "Siberia," a movie set in Russia that's not about politics

"When we embarked on the project the zeitgeist wasn't quite what it is today," Keanu Reeves tells Salon 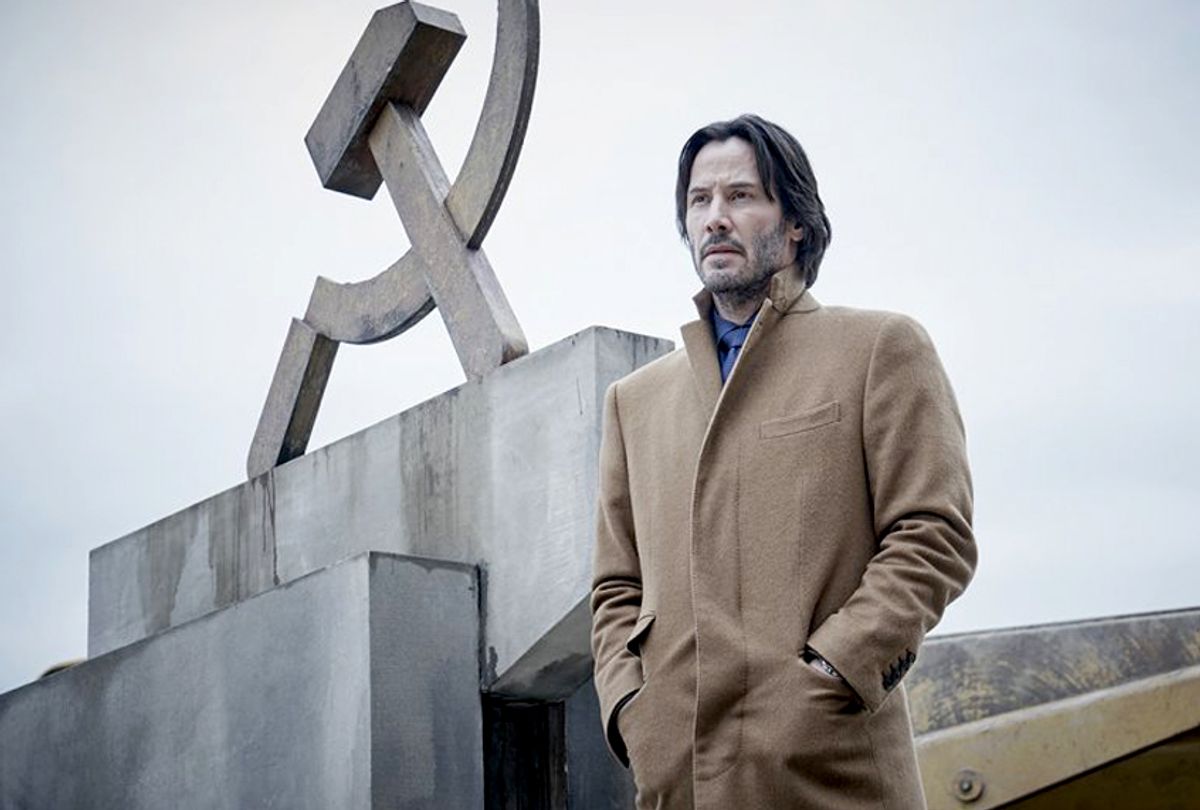 Contrary to popular internet mythology, Keanu Reeves is not a human meme. He is not an immortal being. Probably.

In a pivotal scene in his new film "Siberia," the 53-year-old star is sharing a post-coital embrace with his much younger lover (Romanian actress Ana Ularu) when she asks how old he is. He tells her that he's 51, a reply that feels like a confirmation not of his age but of the mere fact that he does have one. But when I mention to Reeves during a recent phone conversation that we all know he's lived forever, I note that he neither confirms nor denies it.

Instead, he says that his character's age "was organic to the piece and definitely something that was interesting and I wanted to do. I wanted to use my age and life experience and play with that and dance with that in this fictional character." Keanu Reeves: teen star, action hero and now, grown-ass man.

"Siberia," a romantic thriller set in Russia, is just the latest in the enigmatic actor/producer's overflowing roster. Later this month he'll reprise his recurring role on the second season of the under-the-radar PopTV series "Swedish Dicks." He also stars in the upcoming sci-fi drama "Replicas." And to the delight of Gen Xers everywhere, he's costarring with Winona Ryder in the promising-looking August rom-com "Destination Wedding." "John Wick 3" is in the works, and he's reportedly in preproduction for the long-anticipated "Bill & Ted Face the Music."

In "Siberia," Reeves plays Lucas Hill, an American diamond trader who becomes tangled in mysterious double dealings and a volatile, star-crossed extramarital affair when he travels abroad for business. It's an ambitious second offering from director Matthew Ross, who wrote and directed the 2016 Michael Shannon drama "Frank and Lola." And talking to Ross, you can tell why he cast the timeless Reeves in a film that feels like a throwback.

"I love the American films of the '70s, and the European and Russian films of the '60s and '70s so much," he says. "That was very much in our collective consciousness as we made this film, to make an old-fashioned '70s style movie that defied traditional genre restrictions. That's something that I've always been interested in doing. I did it with my first film, which worked as a noir thriller as well as a love story."

READ MORE: That viral “strangers on a plane” Twitter story: Not a rom-com but a horror show

But while "Siberia" likewise doesn't fit neatly into one easy, Netflix-ready genre, Reeves himself calls it "a timeless story of two people falling in love. The intimacy and the way that [the characters] fit for each other, I thought, was really romantic. I think it's a human story, and one that people can relate to — 'I should have… What would have happened? If only.'" He adds, "Generally, grownup films come out in the fall, for some reason. Hopefully this will be a welcome alternative."

If plunking a movie about adults, set in one of the frostiest places on earth, in the midst of the hottest and often cinematically dumbest season of the year seems a risk, consider that "Siberia" then one-ups itself — a significant portion of the dialogue, including that spoken by Reeves, is in Russian. It's a gambit that offers an authentic-feeling peek into the everyday lives of characters living in an increasingly guarded culture.

"That was really one of the great experiences I had on the film, says Reeves. "I really enjoyed working in another language. My Russian is getting better," he notes, adding, "so that's nice."

He calls the use of language "one of the enjoyable aspects of the film. I think it lets you into the culture. You can hear their songs, their voices. . . . It's not a political film and when we embarked on the project the zeitgeist wasn't quite what it is today. I think it played more into the family aspect, the oligarch aspect, the criminal underworld."

Ross agrees. "I'm not a Russian speaker," he says, "but that challenge was one we fully embraced and did not take lightly at all." And though the film was shot mostly in locations around Winnipeg, the filmmakers had a whirlwind shoot of less than a week in spring 2017 for exterior shots in Russia itself.

"We had the most wonderful time working in Russia with an incredible group of people who worked night and day to make sure we made the best film we could possibly make," said Ross, adding, "Of course, there was the backdrop of what was going on in the world. If you walked through the square by the hotel there were mugs with Trump's and Putin's' faces on them together, which was pretty wild. We shot in May of 2017, when all the Russian investigation was happening and Trump had been president a few months. It was very much on people's minds, but I can tell you working with those people was an absolute dream."

After several years working as a film journalist — and a full eight years of effort getting "Frank and Lola" off the ground — Ross, 42, is leaning in to the long path he took to making movies with headliners like Reeves and Michael Shannon. "It took me a while to get my first film made," he says. "As a director, in some ways I think that was actually a blessing in disguise, because I got to interview all these people while I was trying to get my own stuff off the ground. I learned a ton as a journalist from interviewing all my heroes. There's no substitute for being able to sit down alone in a room with Robert Altman and ask him geeky questions about not only the movie he's promoting that you're interviewing him about, but also about his entire career. These are the people who inspired me to make films to begin with. It taught me to see both the bigger picture and the smaller picture on how to make a movie."

As for Reeves, even though he's got projects lined up until the sun is a cold space rock and acknowledges he's fortunate to be "super busy," he seems most like the low-key Keanu of that iconic, time-traveling '80s role. He pauses a beat before answering any question. And when I mention that "Siberia" seems first and foremost a movie about people and relationships, he sounds pleased by the concept. "Oh yeah," he says. "One of those." Excellent.

The Russian rockers on life after being imprisoned