The actress faced significant backlash for the casting and for a dismissive statement. Is she finally listening? 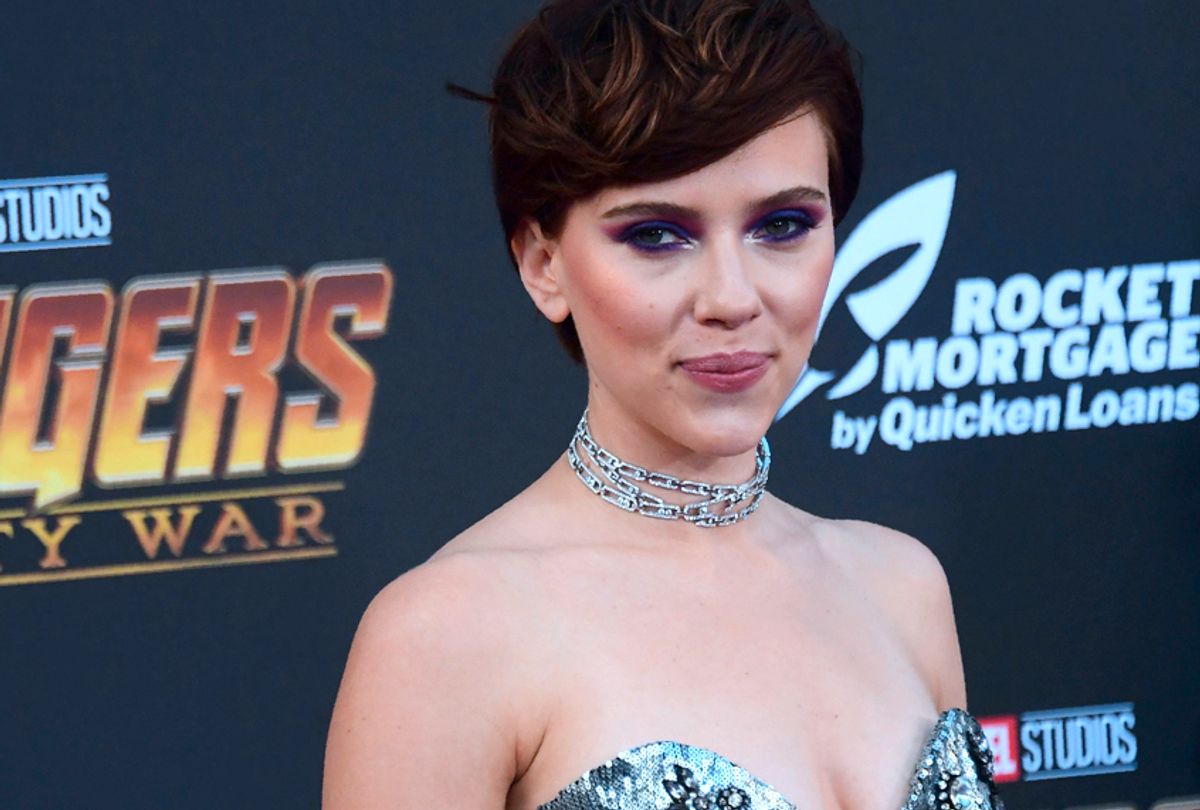 Scarlett Johansson has withdrawn from the forthcoming drama film "Rub and Tug" after her casting as a trans man ignited backlash from the LGBTQ community and allies.

"In light of recent ethical questions raised surrounding my casting as Dante 'Tex' Gill, I have decided to respectfully withdraw my participation in the project," the actress wrote in an exclusive statement to Out magazine. "Our cultural understanding of transgender people continues to advance, and I’ve learned a lot from the community since making my first statement about my casting and realize it was insensitive."

Few roles in Hollywood exist for trans actors, and as Trace Lysette, best-known for her role in Amazon's "Transparent" pointed out, trans actors are never cast in cis-gender roles.

Scrutiny over Johansson's casting only heightened after a dismissive statement to critics was released on her behalf.

"Tell them that they can be directed to Jeffrey Tambor, Jared Leto and Felicity Huffman's reps for comment," a representative for Johansson told Bustle. highlighting other cis-gender actors who have played transgender roles in response to the criticism.

In fairness, Tambor's casting as a trans woman was also widely contested, and "Transparent's" creator Jill Soloway has since walked back that decision.

"I would unequivocally say it is absolutely unacceptable to cast a cis man in the role of a trans woman – ever," she said. "I know that sounds ironic coming out of my mouth, but at this point I would throw that down as absolute."

Johansson's casting also brought back into the spotlight her role in the 2017 "Ghost in the Shell," where she played a Japanese woman. And there is a link between the pair of odd casting choices: "Rub and Tub" is set to be directed by Rupert Sanders, who also directed "Ghost in the Shell."

"Rub and Tug" focuses on the life of Pittsburg crime kingpin, Dante "Tex" Gill. Born Jean Marie Gill, "Tex" operated a massage parlor as a front for a prostitution business in the '70s and early '80s, according to Variety.

"I have great admiration and love for the trans community and am grateful that the conversation regarding inclusivity in Hollywood continues," Johansson's statement continued. "According to GLAAD, LGBTQ+ characters dropped 40% in 2017 from the previous year, with no representation of trans characters in any major studio release. While I would have loved the opportunity to bring Dante’s story and transition to life, I understand why many feel he should be portrayed by a transgender person, and I am thankful that this casting debate – albeit controversial – has sparked a larger conversation about diversity and representation in film."

When the news first broke of Johansson's casting, Lysette wrote on Twitter: "Oh word?? So you can continue to play us but we can’t play y’all? Hollywood is so f**ked… I wouldn’t be as upset if I was getting in the same rooms as Jennifer Lawrence and Scarlett for cis roles, but we know that’s not the case. A mess."

"And not only do you play us and steal our narrative and our opportunity but you pat yourselves on the back with trophies and accolades for mimicking what we have lived... so twisted. I’m so done..." she added.

Jamie Clayton, another trans actor who starred in Netflix's "Sense8," also took to social media to address the matter: "Actors who are trans never even get to audition FOR ANYTHING OTHER THAN ROLES OF TRANS CHARACTERS. THATS THE REAL ISSUE. WE CANT EVEN GET IN THE ROOM. Cast actors WHO ARE TRANS as NON TRANS CHARACTERS. I DARE YOU."

Clayton's and Lysette's tweets illustrate how it is not enough to simply tell diverse stories, especially for trans narratives, which have been suppressed and even criminalized. One in six transgender people have experienced incarceration, according to the National Center for Transgender Equality.

What is equally important is to amplify trans actors and trans voices as individuals who are coming from a place of shared experience. This also adds another vital layer to the conversations about diversity and inclusion that are front and center in Hollywood right now.

The FX series "Pose," which demonstrates a commitment to authenticity in its storytelling and in its casting in front of and behind the camera, has been hailed by critics as revolutionary. Most recently, trans activist and author Janet Mock directed the episode "Love Is the Message," marking the first time a trans woman of color has ever directed a TV show.

"I believe that all artists should be considered equally and fairly," Johansson's statement to Out concluded. "My production company, These Pictures, actively pursues projects that both entertain and push boundaries. We look forward to working with every community to bring these most poignant and important stories to audiences worldwide."

Will Johansson's experience serve as wake up call for Hollywood, underscoring the importance of accurate and thoughtful casting as the industry begins to open its doors to more groundbreaking stories? While ScarJo is undeniably a household name, she would not bring legitimacy this story.

Casting a different hero in 2018