Trump took to Twitter Saturday morning to ask where the DNC server was, implying that the "Deep State" hid evidence 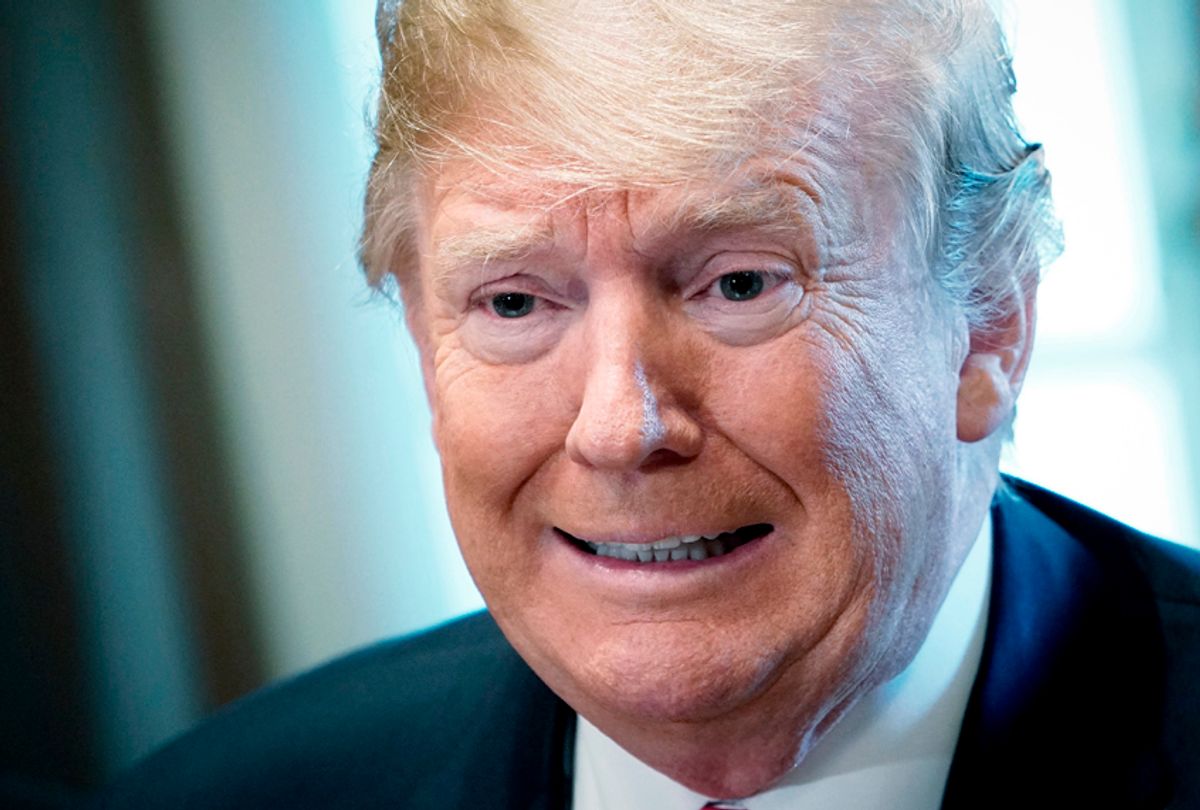 Less than 24 hours after Deputy Attorney General Rod Rosenstein announced the indictment of 12 Russian nationals for hacking into the DNC's emails, Trump insinuated in a tweet that the case had yet to be solved.

....Where is the DNC Server, and why didn’t the FBI take possession of it? Deep State?

Trump has long denied Russia's involvement in the hacked DNC emails. During the 2016 campaign, he surmised that the cyber theft could have been the work of a "400-pound hacker." When he later took office, Trump took Russian President Vladimir Putin at his word when he insisted Russia was not responsible.

Trump was not the only person who offered up conspiracy theories involving the DNC hack. Fox News' Sean Hannity propagated the theory that Seth Rich, a DNC staffer who died under mysterious circumstances, was responsible for the email leak.

Friday's indictments seem to validate the American Intelligence Community's conclusion that the Kremlin carried out the hack. The indictment describes, at length, the Russian hackers' efforts to bring down Democratic presidential candidate Hillary Clinton. Their actions throughout 2016 have culminated in multiple criminal charges, from identity fraud to money laundering conspiracy.

According to the indictment, the hackers targeted more than 300 people affiliated with the Clinton campaign. Once they accessed emails, the hackers allegedly searched keywords such as "Hillary," "Trump" and "Benghazi investigations" so they could find the most damaging content, CNN reported.

Despite these damning allegations, Trump is still muddying the investigation. He sent a second tweet on Saturday asking why the Obama administration did not intervene, the implication being that his predecessor did not get involved because there was no Russian activity.

The stories you heard about the 12 Russians yesterday took place during the Obama Administration, not the Trump Administration. Why didn’t they do something about it, especially when it was reported that President Obama was informed by the FBI in September, before the Election?

Trump may be alarmed by these indictments because they reveal that the Russians attempted to penetrate Clinton's emails the same day he famously asked the Kremlin in a speech to find the missing "30,000 emails."

. @KenDilanianNBC notes indictment alleges Russia "on or about July 27, 2016" started trying to access Clinton's personal emails. Which is the same day Trump gave his "Russia if you're listening, I hope your able to find the 30,000 emails..." news conference.