"Blindspotting" shines a light on gentrification, but art is no match for profit

Communities are being torn apart and people displaced by unchecked capitalism. What can a movie do about that? 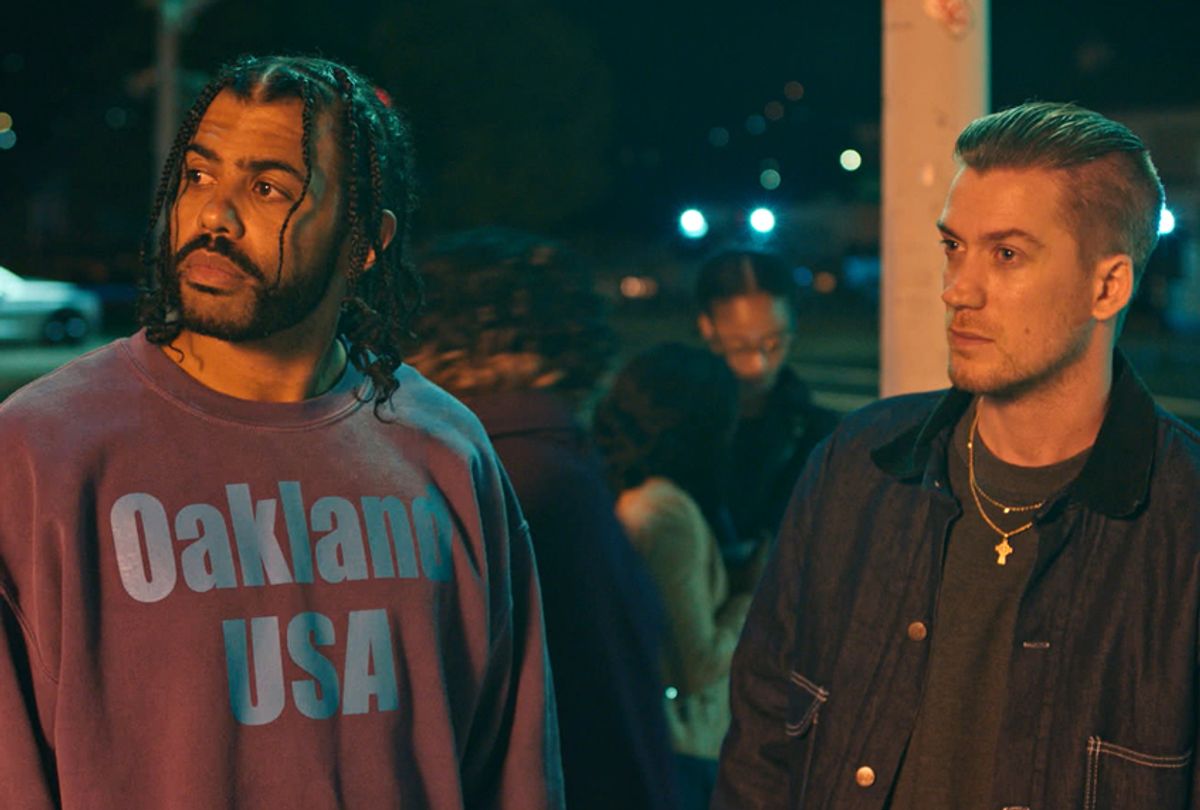 I had the luxury of interviewing "Hamilton" star Daveed Diggs and Rafael Casal about their new collaboration "Blindspotting," an intense feature film about police brutality, the challenges the formerly incarcerated face upon reentry and the gentrification that’s happening in Oakland. Co-writers Diggs and Casal, who star in the film as well, spoke passionately on how gentrification destroys communities while offering creative alternatives, leaving me and probably many others who viewed our exchange with hope. I value that type of hope, as it’s all that's fueling some of us to push forward. I still do wonder if that's enough, though. Is art up to the task of preserving the remains of our dwindling communities?

Watch the full interview with Daveed Diggs and Rafael Casal

I question the power of art in dealing with this matter because "Blindspotting" isn’t the first film to tackle the ills of gentrification. Spike Lee’s acclaimed film "Do The Right Thing" flirted with the idea as it was happening in the ever-changing borough of Brooklyn back in 1989. Recall the infamous scuffed sneaker scene, in which Buggin Out (Giancarlo Esposito) engages in a heated exchange with a white dude rocking a Celtics shirt who bumps into him on the street.

"I own this brownstone," the white guy replies.

"Who told you to buy a brownstone on my block, in my neighborhood, on my side of the street?" Buggin Out replies. "Yo, what you wanna live in a Black neighborhood for, anyway? Man, motherf**k gentrification."

Twenty-nine years later and Brooklyn is like the gentrification capital of Planet Earth. You can travel for blocks and not see a black face — unless you count the Uber drivers and bodega workers. Gentrification was also tackled in HBO’s "The Wire," Showtime’s "The Chi," OWN’s "Queen Sugar" and basically every contemporary series or film that makes an attempt at identifying some of the modern struggles that people of color face. It’s become a common theme — I even hear little kids complaining about it — but it wasn’t always like that.

Back in the early 2000s an older white dude with a receding hairline in a sharp suit held a community meeting at the rec center a few blocks down from my aunt’s house near Johns Hopkins Hospital in east Baltimore. He was telling the attendees, mostly homeowners from the community, about this amazing opportunity. His company was going to pay them above-market prices for their homes, relocate them to a better neighborhood, renovate their current homes, and then offer them the opportunity to move back into this beautiful new place at an affordable rate. Sounds great, right?

“I can’t wait to get far away from this dump!” my friend Darius’ mom said. “They just kill and sell drugs around here. This place should’ve been torn down.”

That was my introduction to gentrification. Those residents in my aunt’s neighborhood were paid and moved out as he promised; however, anything that sounds too good to be true normally is. They were placed in similar or worse neighborhoods, and years of community-based social fabric were destroyed. The residents couldn’t dream of affording to move back to the new east Baltimore, where high-priced homes and fancy restaurants replaced their old blocks.

This isn’t just happening in Baltimore. It’s taking place all over the country. "Gentrification" is brought up to me in every city I travel to. We are seeing communities erased in real time, and while some are challenging the systems that allow it,  it still keeps happening. My home town of Baltimore has been whitewashed like Oakland and Washington D.C. and Chicago have — it’s a new place now, where a lifelong resident like myself can walk through my old blocks and get lost in the midst of strangers and new construction. All cities change — that is a part of the history of this country — but the way in which black and poor citizens are being systemically shipped out of their communities is obvious.

These very feelings are presented well in "Blindspotting," as we see Diggs and Casal confront all of these issues. I’d love to see the people that push the displacement of people for cheap real estate and profits understand the film's message; however, capitalism is a different type of monster, one that may be too much for books, film or art to tame.

READ MORE: “We have come to take your daughter”: An immigrant parent’s traumatic separation from her child

Don’t get me wrong — art has long played a major role in delivering the perspective needed to heal our country's wounds. Dr. King's oration, Michael Jackson's moonwalk, Mike Tyson’s over-hand right, Eddie Murphy’s punchlines, Whitney Houston’s high notes and Michael Jordan’s glide from the free-throw line all forced many white people not only to accept black people but to love them, and to get excited about participating in a shared culture. These examples represent art changing the narrative, and it stems from great admiration of individuals and their achievements. That admiration largely comes without a price tag. But would Jordan, Houston, and the rest of the artists I mentinoed have had that impact if potential fans could’ve made money by betting against them, by moving them and erasing their stories? You can be like Jesse Jackson Jr. and spend $20,000 on Michael Jackson memorabilia, but if someone comes along and offers you $100,000 for it, I bet you'd sell. And that’s similar to what’s happening with the homes in neighborhoods targeted for gentrification. They are really important, until someone names the right price.

Art works when we get to cheer on famous people with amazing talent but non-famous people with similar talent don’t get the same love and everyday people completely get ignored. Those everyday people represent the thousands of poor citizens being unfairly displaced in America every day. Greed makes their stories irrelevant in the arena of capitalism and countless movies, even really good ones like "Blindspotting," may not help the cause.