Did the Helsinki shuffle rank with Neville Chamberlain's "peace in our time" or the Hitler-Stalin pact? It's close 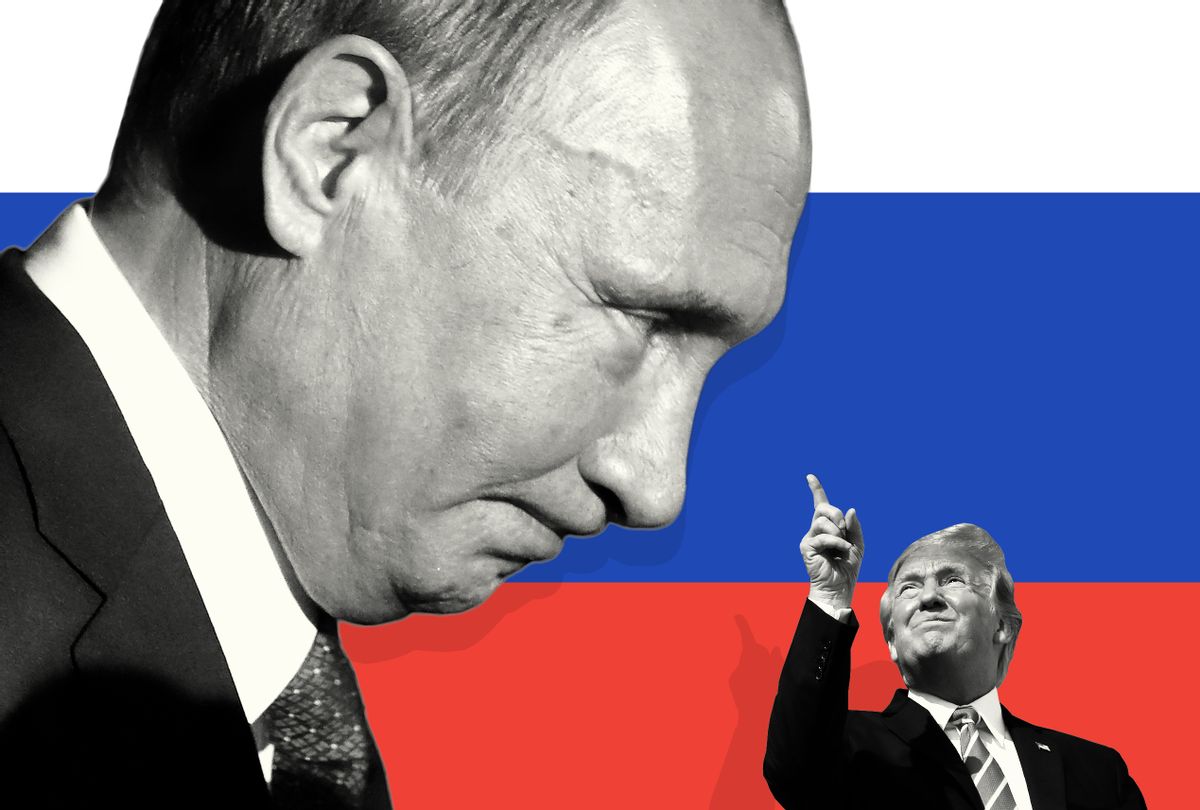 Foreign policy “is made by analogy. The stories we tell matter. How we tell them matters,” writes former State Department policy analyst Daniel Kurtz-Phelan in "The China Mission, George C. Marshall's Unfinished War, 1945-1947." Donald Trump's performance as Vladimir Putin's sock puppet, endorsing a virtual nonaggression pact with the Russian dictator, suggests a couple of analogies, one of them a striking contrast.

When President Gerald Ford met Soviet leader Leonid Brezhnev in Helsinki in 1974 and signed an act winning human-rights commitments from the Soviets but also recognizing the boundaries of Eastern European nations imposed by Soviet force, many Republicans, including Ronald Reagan, howled that Ford was letting America down. Although he won his party’s nomination a year later, Ford lost the general election to Jimmy Carter.

Republican silence and prevarication about Trump's disgrace in Helsinki   prompted a letter to the Financial Times noting that had Barack Obama done anything similar, he “would have been savaged by those who now serve as apparatchiks and apologists for Donald Trump. … Will they demonstrate any democratic convictions and political courage in condemning their patron now …?”

Instead, most Republicans now remind me of British Prime Minister Neville Chamberlain's acquiescence to Adolf Hitler in Munich in 1938  -- and of certain left-wing Americans who became Joseph Stalin’s sock puppets on behalf of the fraudulent nonaggression pact he signed with Hitler the following year.

However rightfully angry today’s Trump’s loyalists may be at neoliberal Democratic policies, they're looking a lot like American leftists of the 1930s who, although justifiably angry about having been conscripted by Woodrow Wilson into a destructive war to “make the world safe for democracy” and about Wall Street’s seeding of that war, the Great Depression and fascism itself, allowed Stalin to channel their anger as deceitfully as Trump is channeling other Americans' anger now.

In the 1930s, they trusted “Comrade Stalin" to lead them then against democracy's enemies at home and abroad. Believing in the then-widespread slogan, “Communism is 20th Century Americanism,” they fought for it, sometimes with their lives, as when members of the Abraham Lincoln Brigade fought fascism in the Spanish Civil War of 1936-1939.

George Orwell, fighting there too, noticed that Stalinists were killing not only fascists but also democrats and fellow socialists, not in order to defend Spain's republican freedom but to advance its subservience to Moscow. Yet leftist publications like the New Statesman and Nation refused to publish Orwell’s accounts, and several publishers rejected his book "Homage to Catalonia" because they refused to acknowledge that Stalinists were as bad as Francisco Franco and his Nazi backers.

No wonder that in August 1939, American Stalinists and their “fellow travelers” were shocked and disoriented by photos of their great, anti-fascist comrade shaking hands with Hitler’s foreign minister, Joachim von Ribbentrop, on a nonaggression pact that delineated their respective spheres of influence. The pact lasted almost two years, until Hitler attacked the Soviet Union in 1941.

Trump's prevarications about Putin upon his return to the U.S. remind us that his own pacts last no longer than a news cycle. Yet the analogy holds, not because of the 1939 and 2018 pacts' length of duration or specific terms but because their announcements betrayed their diehard followers' true interests.

When the Stalin-Hitler pact was announced, the supposedly anti-fascist drones at Communist Party headquarters in Manhattan’s Union Square, along with the propagandists at The Daily Worker, the party newspaper, stopped answering their phones, as James Wechsler, a 1937 Columbia graduate and Young Communist who'd seen through the duplicity and had left the party before 1939, recounts in his memoir "The Age of Suspicion." (Wechsler, a relative of mine, went on to edit the crusading, liberal New York Post of the 1950s and ‘60s, fighting both Communism and the right-wing McCarthyite witch-hunts of suspected Communists.)

Other idealistic American Communists who’d sat tight-lipped through the Soviet purge trials abandoned the party over the Hitler pact. Some of them lurched rightward, becoming neoconservative propagandists, unintentionally reminding us that democracy's real enemies aren't necessarily the "right" or "left" as such but what Orwell presciently called “the gramophone mind, whether or not one agrees with the record that is being played at the moment.”

Trumpsters who grew up on playgrounds, as many of us did, knowing the slogan, "Fool me once, shame on you; fool me twice, shame on me,” have been fooled not just once or twice by their fixer. As he tries to deny the indictments of 12 Russian military intelligence officers by special counsel Robert Mueller and the truth about Putin, the word "fool" is becoming a noun more than a verb in describing his followers: A fool is easily hoodwinked again and again by realities rising around his knees, waist and, now, his neck.

However rightly infuriated today's Trumpsters are at neoliberal elites, their leader is no more a savior than was Comrade Stalin a redeemer of angry Americans 80 years ago. Even craven congressional Republicans will finally have to face this as their constituents realize that their hero is a carrier and a casualty of the plagues that afflict both them and democracy.

Alan Dershowitz is defending the president, yet still lays out a scenario for impeachment.