To improve digital well-being, put your phone down and talk to people 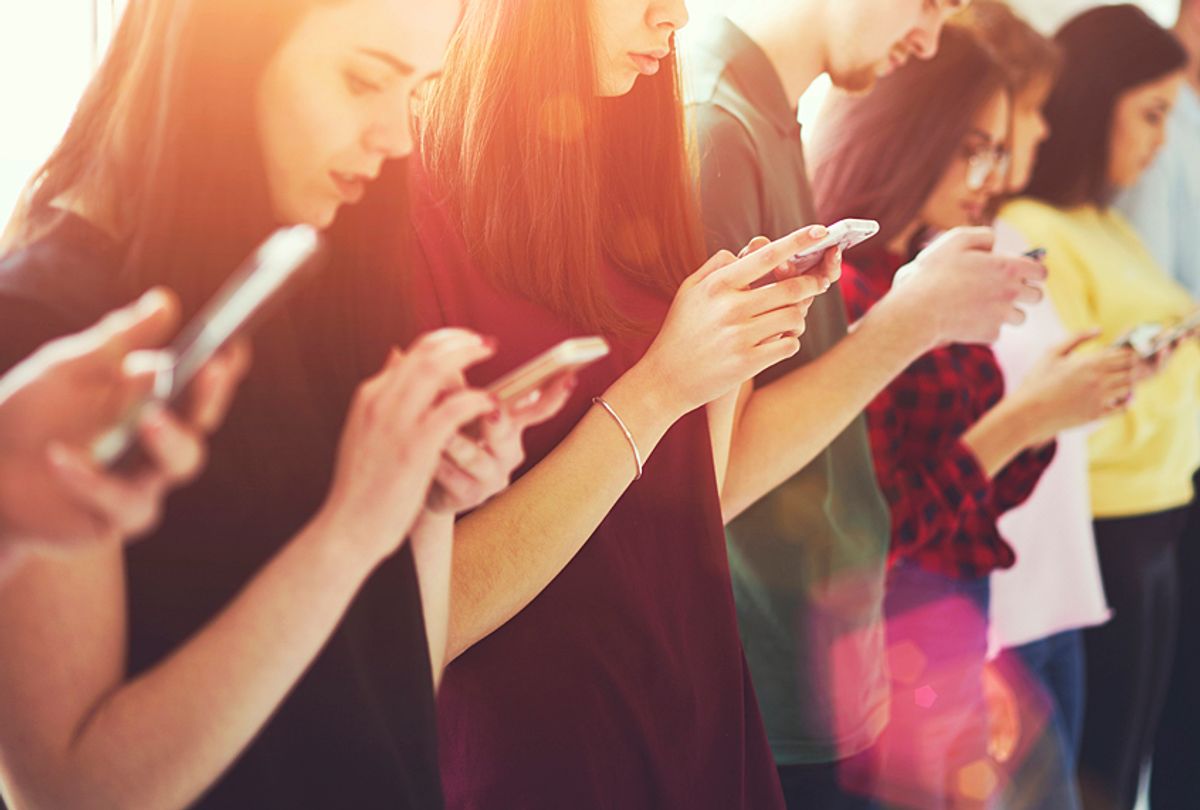 Apple and Google recently announced features in their forthcoming mobile operating systems designed to “reduce interruptions and manage screen time.” Android and iOS users alike will soon be able to guard their sleep against digital temptations, easily activate “Do Not Disturb” mode when needed, and get prompted to stop when they have used their favorite apps beyond a personally chosen time limit.

As a psychological scientist who has been studying the effects of mobile technology on well-being for the past five years, I can only welcome these new tools. Indeed, a great deal of research has documented how smartphones might be harming people’s sleep quality or distracting them from nondigital activities. In my own experimental research, my collaborators and I have found consistent evidence that smartphones can also distract users from the family and friends right in front of them, such as when sharing a meal or spending time with their children.

In situations that clearly call for limiting digital distraction — like playtime with kids — Apple’s and Google’s new tools will offer a convenient solution. Yet, my research suggests that smartphones may be making us less happy in a much wider range of social situations than we might expect.

The limitations of choice

The crux of the matter is that people, as it turns out, fail to judge what economists call “opportunity costs” — the value of what someone gives up when they make a choice to do one thing and not another.

For example, in a series of studies I conducted with Jason Proulx and Elizabeth Dunn at the University of British Columbia, we found that people neglect a key side effect of relying on their phones for information: They miss out on chances to boost their sense of social connectedness. Using a mobile map app, for example, obviates the need to rely on other people, removing the opportunity to experience the kindness of a stranger who helpfully provides directions to a store or movie theater.

Just put the phone down

It is easy to see how completely forgoing social interaction for technological convenience can hurt someone’s social well-being. But most people use their phones precisely to socialize — often while simultaneously socializing with others in person. Perhaps it’s having a drink with a co-worker while also Snapchatting with a friend, texting with a partner, or even setting up a new date through Tinder or Grindr. One may think that socializing with more people simultaneously is better.

But my collaborator, Samantha Heintzelman, and I recently found that combining digital and face-to-face socializing is not as enjoyable as putting down the phone and just spending time together.

In a study at the University of Virginia, we tracked the social behavior and well-being of 174 millennials over the course of a week. At five random times each day, we sent each person a one-minute survey to complete on their mobile phone. We asked what they had been doing in the previous 15 minutes, including whether they were socializing in person or digitally (such as by texting or using social media). We also asked how close or distant they were feeling to other people, and how good or bad they were feeling overall.

We weren’t particularly surprised to find that people felt better and more connected during times when they only socialized face-to-face, as compared with when they weren’t socializing at all. This fit with decades of existing research. We didn’t find any benefits of digital socializing over not socializing at all, though our study wasn’t designed to explore that distinction.

We did find, however, that when socializing face-to-face only, people felt happier and more connected to others than when they were socializing only through their phones. This is notable because the people in our study were the generation of so-called “digital natives,” who had been using smartphones, tablets and computers to interact since very young ages. Even for them, the benefits gleaned from good old face-to-face talking exceeded the well-being of digitally mediated communication.

As people’s useful digital devices start to provide more and better options for limiting screen time and staving the flow of digital interruptions, deciding when to use those powers is neither obvious nor intuitive. Behavioral science provides some promising solutions to this predicament.

Rather than having to decide activity by activity when not to be interrupted, people could make Do Not Disturb the default, only seeing notifications when they want to. My recent research — with Nicholas Fitz and Dan Ariely at Duke University’s Center for Advanced Hindsight — suggests, however, that never receiving notifications hurts well-being by increasing fear of missing out. The best way is the middle way: We found that setting the phone to deliver batches of notifications three times a day optimized well-being. To set their users up for optimal psychological benefits from both their digital and nondigital activities, Google and Apple could make batching notifications easier.

Google and Apple should also expand their proactive recommendations for managing interruptions. The iPhone, for example, already offers the option to automatically turn on Do Not Disturb while driving, and in the forthcoming features, while sleeping. The growing evidence on how smartphones are compromising well-being during social interactions suggests that social and family time also warrants protection from digital disturbance.

People spend more time in the company of their digital gadgets than with friends and even romantic partners. It is only fair that these devices should learn more about what makes people happy, and provide a chance to reclaim the happiness lost to digital activity — and from the companies that need people’s attention to thrive.