"Roseanne who?": Barr sets first TV interview with Hannity, and Valerie Jarrett won't be watching it 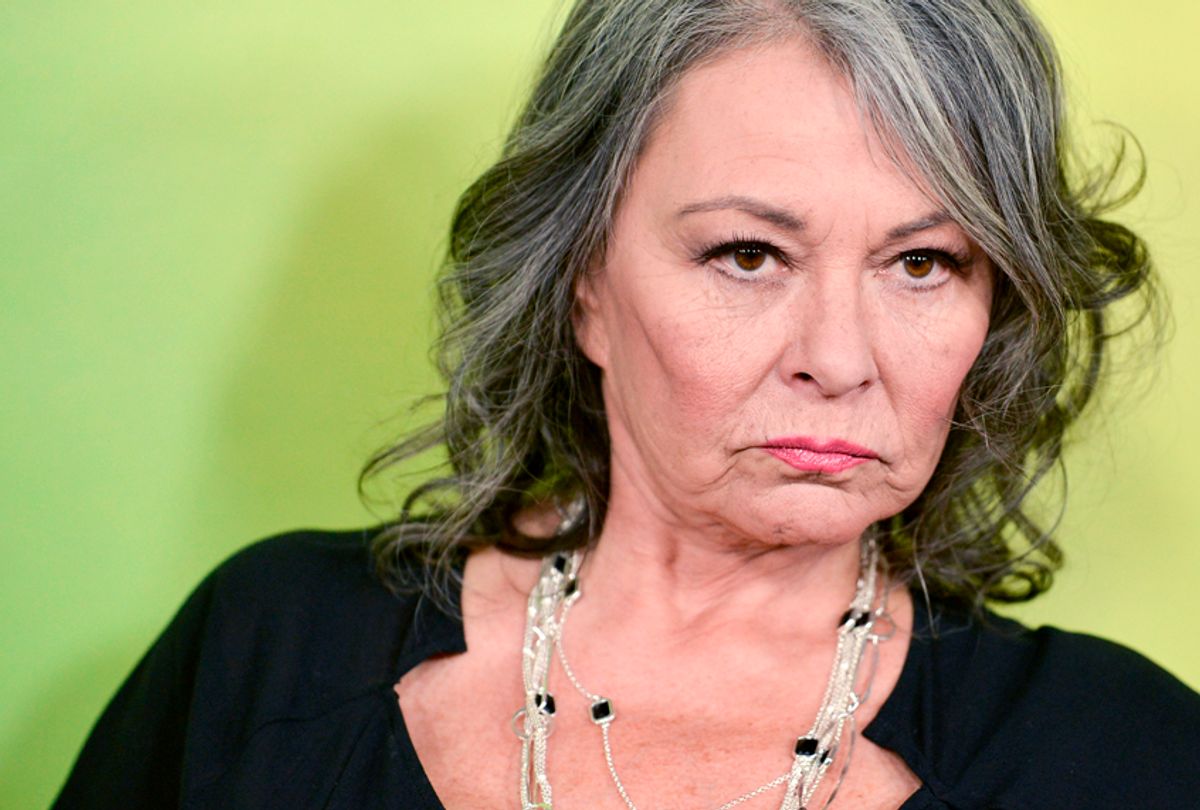 Roseanne Barr took to Twitter on Tuesday morning to express how "disgusted" she was to learn about the support that "Guardians of the Galaxy" director James Gunn has received from actors and fans after being fired by Disney for decade-old offensive tweets about pedophilia and rape.

"I’m disgusted to read all of the support for James Gunn’s pedophile jokes-as the same people supported blacklisting me for a joke they didn’t even understand," the disgraced tweeted in the wee hours of the morning.

Gunn was fired from the Disney franchise after the controversial tweets from 2008 and 2009 were re-surfaced by the right-wing website The Daily Caller. He had been an outspoken critic of President Donald Trump.

Barr, in contrast, was abruptly fired from ABC after she fired off a racist tweet in the present time, which has since claimed repeatedly that it was a misunderstood joke.

While Barr's colleagues and her network were quick to distance themselves from her hateful words, Gunn's colleagues have largely rallied in his support, including the stars of "Guardians of the Galaxy." Zoe Saldana expressed love for "ALL members of my GOTG family" on Twitter, while Dave Bautista tweeted that Gunn was "one of the most loving, caring, good natured people I have ever met" and he was "NOT ok with what’s happening to him."

A change.org petition urging Disney to rehire Gunn also sprouted and has garnered nearly 300,000 signatures. Selma Blair's name is among the signatories.

Gunn took accountability for his satirical tweets — which he has apologized for in the past — and shared how such humor is not in line with who he is as a person or creator anymore. The controversy — and Gunn's reflective response — spurred a national debate about whether a person should be penalized for their past social media presence and whether an individual's proven growth as a person should be recognized.

Another stark difference between Barr's and Gunn's offensive tweets is the manner in which the world accessed them. Barr posted her remark in 2018 for everyone to see, while Gunn's old tweets were unearthed for what appeared to some to be for political gain.

"Gunn's current Twitter account is heavy on left-leaning politics, and some on the right with whom he'd sparred found and promoted the tweets from 2008 to 2011 that led to his firing," the Associated Press reported.

"The DCNF search of his Twitter account, however, revealed Gunn’s anger doesn’t just end with Trump or Shapiro," the far-right website claimed. "Since 2008, Gunn has left a trail of racist, anti-semitic, homophobic and rape-related remarks on the social media platform."

Disney has not yet named a replacement for Gunn, who had also been writing the script for the third installment of the film franchise.

Barr promised to leave social media after her racist tweet claiming former President Barack Obama's aide Valerie Jarrett appeared as if the "Muslim brotherhood & Planet of the apes had a baby," but has nevertheless maintained a steady online presence. She has also appeared on the podcast of her friend, the Jerusalem Post columnist Shmuley Boteach, in emotional interview where she apologized for her "joke." Barr has maintained her claim that she did not know that Jarrett was black when she sent her tweet.

For her part, Jarrett seemed categorically unbothered by Barr's fallout when she visited the ABC talk show "The View" on Wednesday to discuss a voter registration initiative she is working on with former first lady Michelle Obama. As the show's co-hosts probed her for a reaction, Jarrett quipped, "Roseanne who?" to thunderous applause and laughter from the audience.

On Thursday, Barr will appear in her first TV interview since the controversy erupted in late May. Jarrett confirmed to "The View" that she will not tune in to the primetime interview between Barr and fellow ardent Trump supporter, Sean Hannity, on Fox News.