Ballot initiatives: A roadmap to resistance in the Trump era?

Our representative democracy is broken. But ballot initiatives are where majority opinion can still be heard 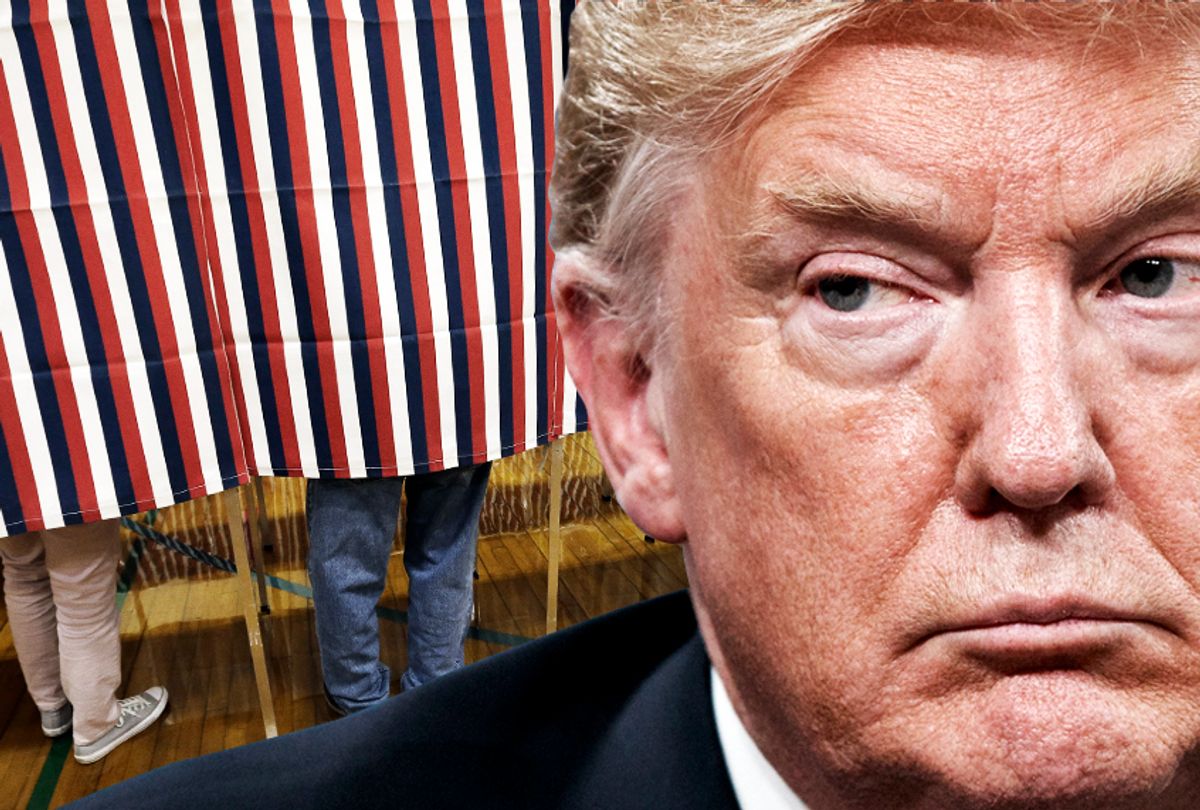 Today in America, our democracy and the concept of majority rule are under direct attack, struggling to survive. Many politicians have become unabashed about the fact that they have only one real interest — power. Nothing else matters, not facts, not solutions, not fairly drawn legislative districts and certainly not the will of the people.

Last week, President Donald Trump stood next to Russian President Vladimir Putin in Helsinki and, in outrageous but almost blasé terms, brushed aside more overwhelming evidence that our democracy is under direct attack. It was an extreme example of a politician placing concerns about his power above the need to protect our democratic values, and it was fortunately met with opposition from Republicans and Democrats alike. But there are other threats to our democracy that are every bit as concerning, and we’ve remained silent about them for far too long.

Last December, Americans opposed tax reform by a 2-1 margin, according to a December 2017 Gallup poll. Only 29 percent supported the legislation with its naked giveaway to corporations and the wealthy. So what did Congress do? How could we forget? They passed it anyway and celebrated their “accomplishment” at a highly choreographed press event at the White House.

President Trump has made a habit of siding with the minority of people in this country on just about every major issue, including gun control, abortion rights and family planning, Medicaid, separating families at the border, the environment, voter disenfranchisement and support for dictators over our historic allies.

The fact that American politicians like Trump are no longer responsive to majority opinion underscores just how broken our democracy is. It used to be that we were concerned about whether an elected official had a mandate from the people. Now we’re just worried about whose team is in charge. The word “representative” has lost its meaning – neither the President, Congress, nor many state legislatures “represent” the people, instead showing fealty to preconceived biases and ideologies held by a minority of U.S. citizens.

Amid this shift away from democratic principles, though, there is still one way Americans are guaranteed with 100 percent certainty that the majority will rule and changes in the law will reflect what the people want – direct democracy. Across the country, ordinary citizens are putting issues on the ballot to enact the laws the majority want but can’t get from elected leaders.

This November there will be state-level votes in red, blue and purple states, on the minimum wage, Medicaid expansion, paid sick leave, payday lending, housing, the environment, business regulation, rent control and many other issues. When the dust settles after the polls close, one side on each of these issues will have the most votes and be declared the winner, and the power and beauty of true democracy will shine through. No out-of-sight influence peddling, political maneuvering or backdoor dealing will be able to win the day or warp the votes of our “representatives.” We’ll simply get a pure up or down vote of the people.

A number of these 2018 ballot measures will directly challenge the minority rule that has overtaken Washington. In Utah, Idaho, Nebraska and Montana, for instance, polling shows voters poised to enact and protect Medicaid expansion in direct opposition to ongoing threats from Trump and Congress to slash funding for the program.

Congress has not voted to raise the minimum wage in more than a decade, when George W. Bush was president, despite strong support for higher pay in polls from coast to coast. So voters in Missouri and Arkansas, where elected state leaders also have failed to act, will take matters into their own hands this Election Day and vote on higher wages. (In 2016, workers won minimum wage increases in five states and the District of Columbia thanks to ballot initiatives, bringing raises to 8 million people and so far putting more than $5 billion into workers’ pockets.)

The majority in our country has had a rough and confusing ride in recent years, speaking out and letting their clear opinions be known, yet still being forced to watch politicians do the opposite of what the people want. But in many states this fall, in addition to voting for candidates they think will truly represent them, they can take a short detour from the disturbing course our country has taken. They can get some measure of satisfaction by voting on this fall’s ballot initiatives where democracy and the majority still hold sway.

And maybe, just maybe, the growing reliance on ballot initiatives to put power back in the hands of the people will send a strong message and begin to release our country from the grip of anti-democratic minority rule.

How the GOP destroyed progressive Wisconsin