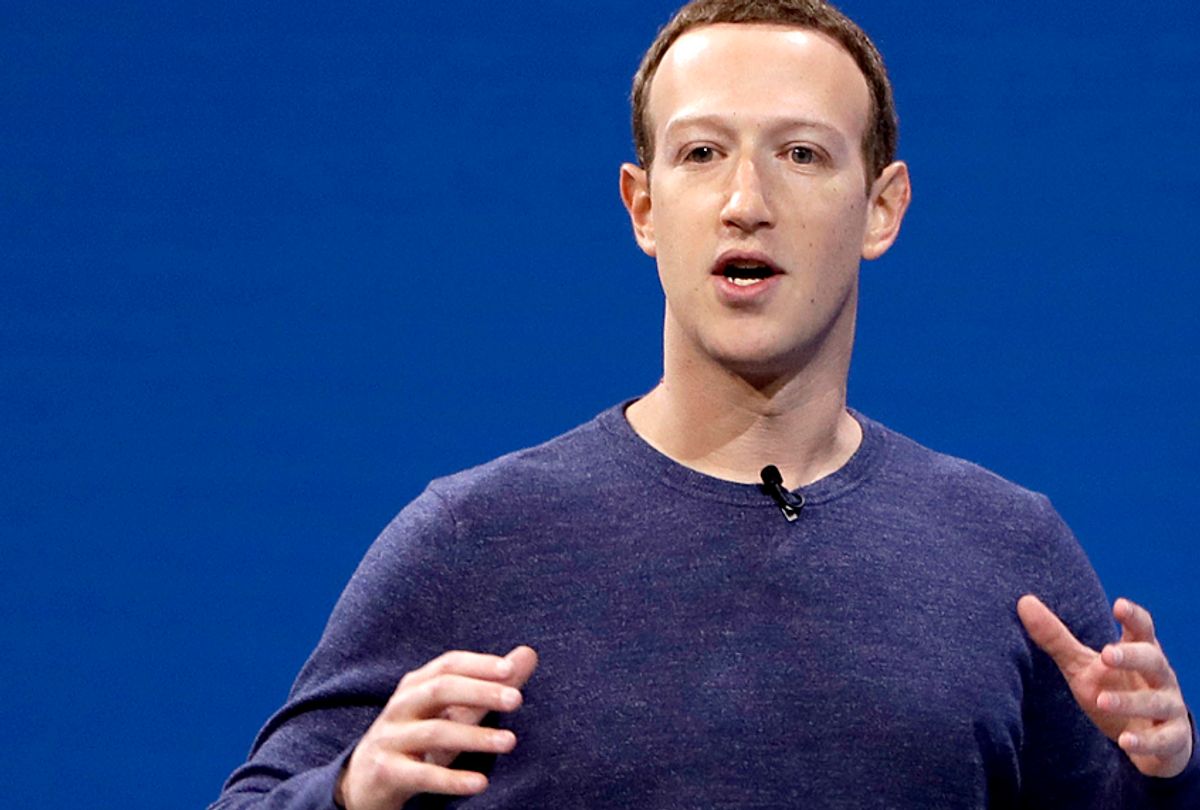 In what became the largest single-day loss in the history of the American stock market, shares of Facebook took an earth-shattering  tumble.

According to CBS News, shares of the social media giant plummeted nearly 20 percent Thursday. Nearly $120 billion in market value was eliminated after the company announced that it expects revenue growth to slow in the coming quarters as it moves to put "privacy first" and adjust its product strategy. Facebook also warned that its future profit margins would dwindle.

To put "the biggest stock-market wipeout in American history" into perspective, Bloomberg revisited other milestones through the years:

Back in the depths of the tech bust, Intel Corp. lost about $91 billion on one September day in 2000. Exxon Mobil Corp., already reeling from the financial crisis and recession in October 2008, lost $53 billion one wretched Wednesday that month. And the slowest profit growth at Apple Inc. in 10 years triggered a loss of almost $60 billion on January 24, 2013.

Facebook CEO Mark Zuckerberg's net worth also plunged by more than $18.8 billion, according to Forbes, which tracks billionaires' portfolios. The 34-year-old billionaire, who had seen his net worth soar as high as $86.5 billion when Facebook stock traded at an all-time high earlier in the month, now has a net worth of about $70.6 billion. That figure includes about $2.5 billion in cash and real estate, according to Bloomberg's Billionaire index.

"We're investing so much in security that it will significantly impact our profitability," Zuckerberg wrote Wednesday on Facebook.

"The company's previous worst single-day performance was July 27, 2012, when the stock fell 11.7 percent," CNN reported. "The stock tanked that day after the company failed to convince investors that it could sell mobile advertising. Mobile now makes up 91% of the company's advertising revenue."

The news provides the most explicit data point yet of how the Cambridge Analytica scandal could have impacted the future of the behemoth social network. Revelations that the data firm used by President Donald Trump's 2016 presidential campaign had accessed information from as many as 87 million users without their permission surfaced in the final weeks of its first quarter.

The scandal triggered a wave of bad press, user outrage and regulatory scrutiny around the world — and Wednesday's rare moment of weakness suggests the company is not as invincible as it once was thought to be.

In spite of the backlash — and movements like #DeleteFacebook in protest over reports that the company allowed Cambridge Analytica to harvest personal user information — Facebook continues to grow its portfolio of apps and remains a key destination for advertisers.

Recently, Facebook's Chief Financial Officer David Wehner told investors that the company would invest billions of dollars every year in an effort to improve the safety and security of its users, according to CNN.

"We think that's the right thing to do for the business," Wehner said.

In a conference call with reporters Tuesday about its efforts to combat election interference and fake news, Facebook admitted that it expects to find "bad actors" trying to interfere in the 2018 midterm elections. But, it declined to say if it had already discovered any malicious activity.

The company also reiterated its commitment to reduce the frequency of misleading information on its site instead of removing it, which has received widespread criticism in recent days as some users and reporters have questioned the company's decision to allow right-wing conspiracy theory website Infowars to spread conspiracy theories on the platform.

News Feed product manager Tessa Lyons defended Facebook's policy that permits individuals and publishers to share false news and misleading information on the platform – as long as it does not violate policies.

"If you are who you say you are, and you're not violating our community standards, we don't believe we should stop you from posting on Facebook," Lyons said.

It "doesn't mean they should get distribution," Lyons added, referring to publishers and individuals who spread misinformation.

Facebook has previously said that users who share false news and misleading information will receive a notification that the post has been pinned as untrue, as well as another notification if the company finds that the information is false at a later date. The company has also said it reserves the right to remove posts if they seen as are intended to incite violence.