Apple avoided paying $50 billion in American taxes; now the company is the wealthiest in the world 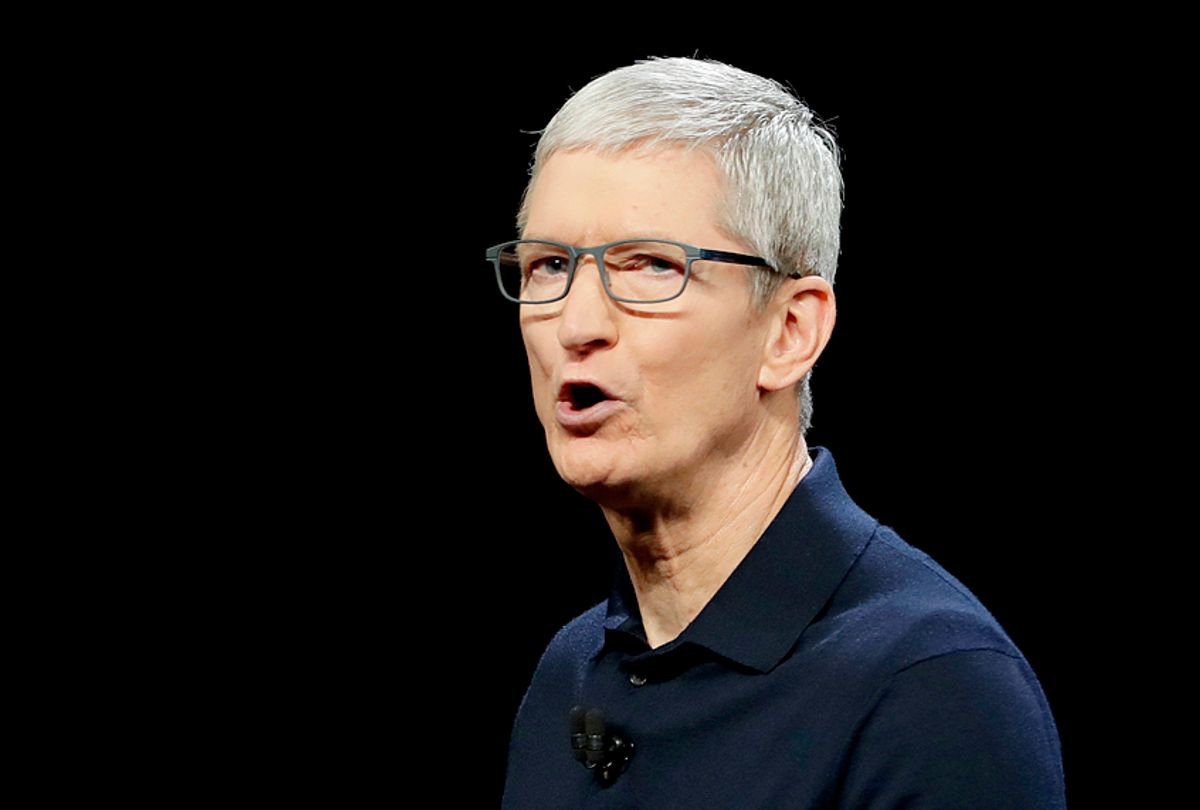 After the strongest 3rd quarter earnings for the company ever, Apple became the first U.S., publicly-traded company to be worth over $1 trillion. Yet Apple's trillion-dollar valuation is not solely a result of its role as an "innovator," to borrow a phrase from the meaningless biz-speak of Silicon Valley's elite. Tax avoidance schemes and corporate tax cuts helped too.

Earlier this year, Apple benefitted from a huge tax cut from Congress, allowing the company to pay 10.5 percent of taxes on foreign earnings versus 35 percent. Instead of paying an approximate $88 billion in taxes on the $252 billion held abroad, it paid $38 billion. Since then, Apple has been using its profits from the tax cut to buy back shares of its own stocks, a process that props up share prices and generally benefits company brass while doing nothing for workers.

"Buybacks are the corporate equivalent of steroids," Robert Reich, former secretary of labor, wrote last month. "They may make shareholders feel better than otherwise, but nothing really changes."

"Money spent on buybacks isn’t reinvested in new equipment, research, or factories. Buybacks don’t add jobs or raise wages. They don’t increase productivity. They don’t grow the American economy... Yet CEOs love buybacks because most CEO pay is now in shares of stock and stock options rather than cash. So when share prices go up, executives reap a bonanza," Reich continued.

According to a financial report released Wednesday, Apple spent $20.2 billion on buying back stocks — rather than increase wages for its employees. Notably, Apple employees generate more revenue per employee than every other company; Business Insider reported that Apple reaps $1.8 million in revenue per employee.

Apple also owes its outrageous valuation to its expert tax avoidance schemes. The company squirrels away much of its money in the English island of Jersey, which has notoriously lax taxation rules. "Apple has accumulated more than $128 billion in profits offshore, and probably much more, that is untaxed by the United States and hardly touched by any other country," the New York Times reported last year. "Nearly all of that was made over the past decade."

The Times also noted that the Organization for Economic Cooperation and Development stated that corporate tax strategies cost governments worldwide around "$240 billion a year in lost revenue."

That number isn't far off from how much it would cost to give healthcare to everyone in the world who doesn't have it. Indeed, The Lancet, a medical journal, estimated that would cost $271 billion.

While most bets for a trillion-dollar valuation went to Amazon, which is currently is priced around $877 billion, or Google, Apple surpassed expectations and estimates when it hit briefly hit a $207.05 midday share price Thursday, which pushed the company over the threshold.

While it's not the first company to achieve that goal — PetroChina met the mark in 2007 before slumping 11 percent — the achievement is still noteworthy considering iPhone sales, the company's flagship gadget, tend to be slower in months preceding the yearly keynote in the fall where the company announces new products. This quarter, the average iPhone selling price was $724, which according to The Verge, was higher than analyst estimates of $693.

In an interview with CNBC, GBH Insights analyst Dan Ives said that it was Apple's growing services (such as Apple Music, the App Store and AppleCare) that helped maintain growth.

"I think it just speaks to just how powerful the Apple ecosystem has become over the last few decades,"  Ives told CNBC. "This is not the end, that they hit $1 trillion. I view this as just kind of speaking to a new a stage of growth and profitability."

"It just speaks to the vision that [co-founder Steve Jobs] and now [CEO Tim Cook] have had in making sure Apple isn't just a hardware company," Ives said.

Founded in 1976, Apple was on the edge of bankruptcy in 1997 and its stock traded for less than $1 until it brought back its co-founder Steve Jobs. BusinessWeek wrote a cover story about the believed failure of the company that year — which it just mocked Thursday on Twitter after news of the valuation broke.

To put it in perspective, Apple is now worth nearly as much as Bank of America, JP Morgan Chase, Citigroup and Wells Fargo combined. And if Apple were a country, it would be the 17th wealthiest, after Indonesia. That's a lot of money that they could be paying employees or taxes on.