Rich people have free speech rights. Do the corporations they run? That question is destroying democracy 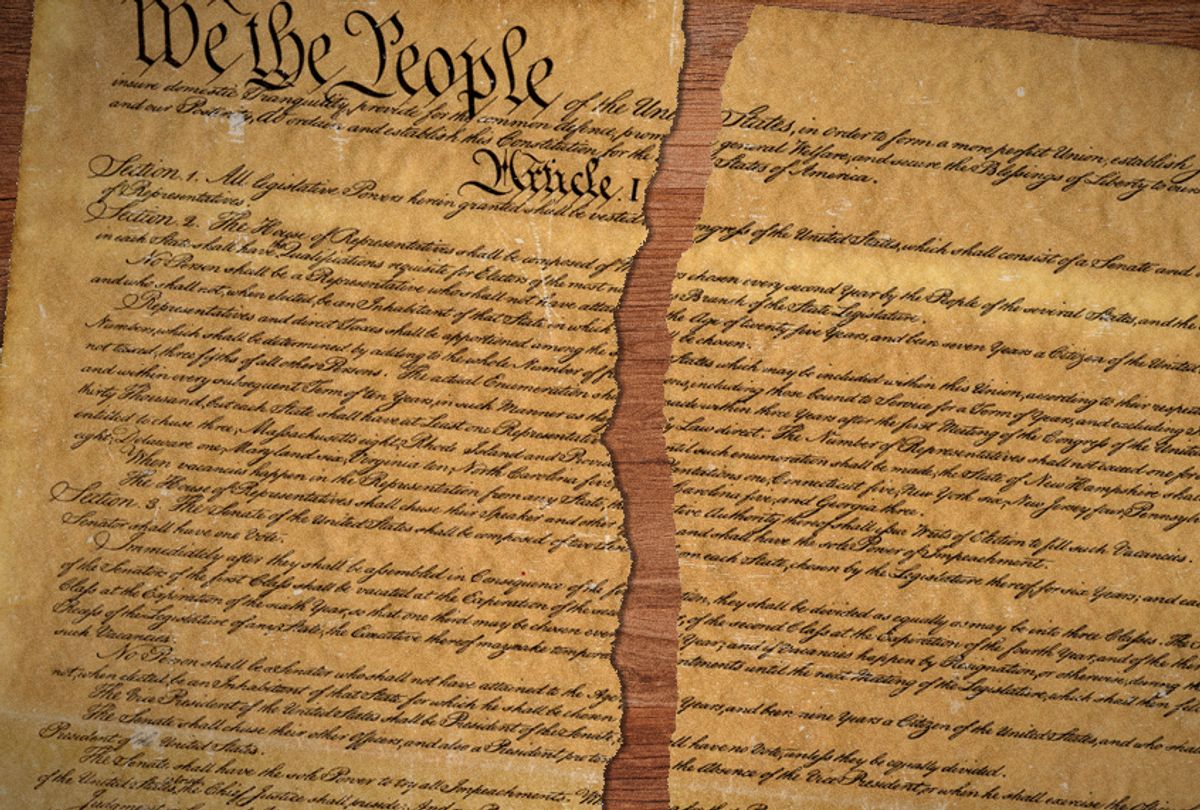 Suppose we all agree with American Civil Liberties Union national legal director David Cole’s argument in the New York Times this week that rich individuals such as George Soros or the Koch brothers have a First Amendment right to spend as much of their own money as they like on exercising their freedom of speech. Does that justify corporate managers spending ever-shifting congeries of their shareholders’ money, without consulting them, on political campaign contributions and ads to sway citizens’ decisions about which officials should regulate the corporations themselves?

Yes it does, said conservatives in the 2010 Citizens United case, arguing that First Amendment law can treat wealthy corporations like rich individuals, and the Supreme Court’s conservative majority agreed. But why did civil-liberties advocates such as Cole agree, too? Why didn’t they differentiate rich persons -- who can and should think at times as citizens, putting the public interest ahead of their market interests -- from corporate managers, whose job is to maximize their shareholders’ interest in higher profits above all?

“First Amendment theorists tend to be astonishingly unwilling to make distinctions; something in the field seems to demand simplistic overarching claims,” says Hofstra University law professor Daniel Greenwood, who has written extensively against equating business corporations with rich people in public decision-making, as if the former were individuals with minds and wills of their own.

One might make that argument credibly enough about a nonprofit corporation such as the ACLU or the NAACP, created by citizens precisely to “speak” for public interests. But Apple Inc. “has no members and represents no one” in political debate, Greenwood notes. “Its power comes from its sales, not supporters of its opinions. That should be a difference that matters” in public decision-making, as should the difference between shareholder-driven juggernauts and wealthy individuals, who don’t stop being citizens just because they’re rich. Corporations aren’t citizens at all.

Civil liberties advocates seem not to notice. “All rights are more valuable for the rich,” Cole writes, accepting the reality that the “rights to have an abortion, to send your children to private school, to exclude others from your property or to hire your own criminal defense lawyer are all more fully enjoyed by people with resources. Social inequality may be a reason to support progressive taxation or robust equal protection guarantees; it’s not a reason to retreat from free speech principles,” he insists, because “the First Amendment favors people without power and influence. … The targets of censorship are typically dissidents, outsiders, the marginalized.”

But democracy now must rescue speech not only from government censorship but also from market sensor-ship, the exploitation of speech by what University of Michigan philosopher Elizabeth Anderson calls "Private Government" in her book by that title, describing how corporations monitor employees and customers while determining many of their options.

For several years now, as I show at length in the summer issue of the Baffler, a lavishly-funded, brilliantly orchestrated conservative “free speech” campaign in courts and in workplaces, on campuses and in the press has been hijacking the First Amendment on behalf of that private “market economy” and of what Justice Oliver Wendell Holmes wrongly called “the marketplace of ideas,” believing that, as an old saw had it, “Free markets make free men.”

But markets can’t do that when the right to speak is tied so tightly to concentrated wealth as the arbiter of public priorities. The First Amendment is abused when it’s interpreted not only to protect dissenters’ right to rant but also to empower corporations, which already dominate individuals' options as employees and customers, to use expensive megaphones in public debate, leaving dissenters with laryngitis from straining to be heard.

Consider the consequences for freedom of speech, not only against the state but also against “private governments.” In 2012, a three-judge panel of the U.S. Court of Appeals for the District of Columbia Circuit (where Judge Brett Kavanaugh currently sits, although he wasn’t involved in this decision) affirmed companies’ First Amendment right not to speak in order not to have to post government notices of employees’ legal rights in their workplaces.

Never mind that, as Haley Edwards put it in a 2014 Washington Monthly analysis, “the ‘speech’ in question here was a non-ideological poster clearly stating U.S. law” and that it “placed no other constraints on companies’ speech or on the free flow of information.” And never mind that “in 2003, this same court … had confirmed the legality of President George W. Bush’s executive order requiring federal contractors to put up explicitly anti-union posters in their workplaces.”

In 2011, in Sorrell v. IMS Health, the Supreme Court ruled that protected speech can even include transfers of data drawn from physicians’ prescription records and sold to pharmaceutical manufacturers who pitch their drugs to physicians, all in the name of what its ruling called “the First Amendment value of market efficiency.” The justices apparently forgot that the First Amendment is not “the champion of a particular (and contested) view of proper market functioning. To the contrary, [it] creates the very space in which all potential theories of marketplace functioning can be debated and evaluated,” in the words of Yale Law School professor Robert Post.

So why have civil liberties advocates often gone along for the ride, as when the ACLU decided not to oppose Citizens United? Rightly focused as they are on the slippery slope of government censorship and coerced speech, why do they resist acknowledging another, equally ominous, slippery slope – the one down which virtually unregulated, civically mindless, intrusive and powerful commercial speech,  some of it algorithmically driven, designed only to bypass our brains and hearts on its way to our lower viscera and wallets, is driving public deliberation into Pavlovian stables of programmed titillation, that benefits only the entities that profit from provoking it?

Judges and civil liberties advocates who really want to keep faith with the First Amendment should consider New York University Law School professor Burt Neuborne’s argument, in "Madison’s Music," that the amendment’s list of rights traces an “arc of a democratic idea — from conception to codification,” in stating that “Congress shall make no law respecting an establishment of religion, or prohibiting the free exercise thereof; or abridging the freedom of speech, or of the press; or the right of the people peaceably to assemble, and to petition the Government for a redress of grievances.”

Freedom of speech is one of that list’s guarantees of citizens’ self-government against powerful entities – not of their supposed “right” to be governed and silenced by corporations invoking the First Amendment to weaken democracy itself.