Omarosa takes on President Donald Trump in upcoming book: "His mental decline could not be denied"

"I realized that something real and serious was going on in Donald's brain," Manigault-Newman writes in an excerpt 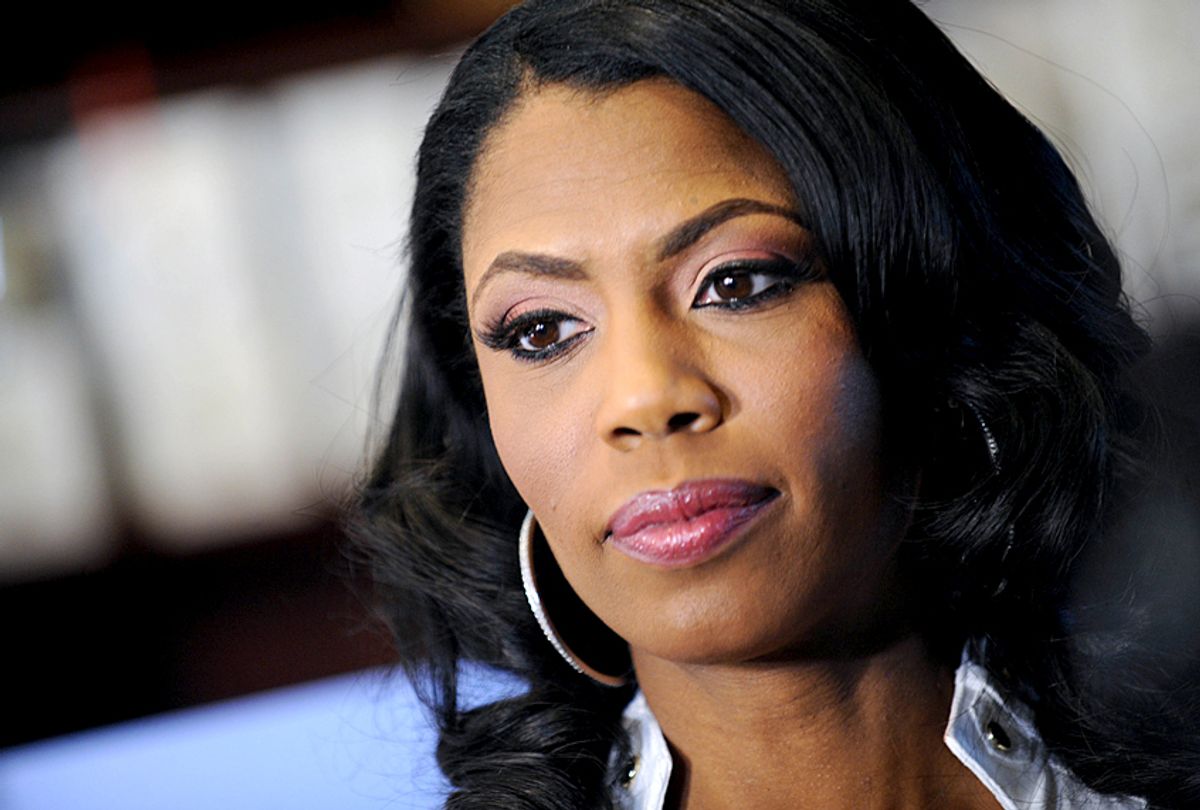 Omarosa Manigault-Newman, the former "Apprentice" star and White House staffer, alleges that she observed the "mental decline" of her former boss on reality TV and in Washington, President Donald Trump.

The claim emerges in an excerpt of her upcoming book, "UNHINGED: An Insider's Account of the Trump White House," which was obtained by the Daily Mail.

In the excerpt, Manigault-Newman describes her reaction to watching Trump's May 2017 interview with NBC's Lester Holt about the firing of former FBI Director James Comey.

"Donald rambled. He spoke gibberish," Manigault-Newman wrote. "He contradicted himself from one sentence to the next."

According to Manigault-Newman, Trump was allegedly prepped by Hope Hicks, who then served as White House communications director, to make the claim that Comey was fired based on the recommendation of the Department of Justice and not because of the Russia investigation. The excerpt reads:

Hope had gone over the briefing with him a dozen times hitting the key point that he had fired Comey based on the recommendation by the DOJ, which the vice president and other surrogates had been reinforcing for days.

"I was going to fire Comey, knowing there was no good time to do it," Trump instead said at the time. "And, in fact, when I decided to just do it, I said to myself, I said, 'You know, this Russia thing with Trump and Russia is a made-up story. It's an excuse by the Democrats for having lost an election.'"

That, according to Manigault-Newman, led her to believe that "something real and serious was going on in Donald's brain." She writes:

While watching the interview, I realized that something real and serious was going on in Donald's brain. His mental decline could not be denied. Many didn't notice it as keenly as I did because I knew him way back when. They thought Trump was being Trump, off the cuff. But I knew something wasn't right.

In an interview with Salon, Dr. Brandy Lee, the principal editor of The New York Times bestseller "The Dangerous Case of Donald Trump: 27 Psychiatrists and Mental Health Experts Assess a President," said experts "have an obligation to speak about Donald Trump's mental health issues because many lives and our survival as a species may be at stake."

"This situation has come to such a critical level," the Yale University psychiatrist told Salon. "In fact, a state of emergency exists and we could no longer hold back.

In what was reportedly a dramatic exit, Manigault-Newman left her post as director of communications at the White House Office of Public Liaison in December after less than a year on the job. According to the Wall Street Journal, she had to be "physically dragged and escorted off the campus."

Manigault-Newman, who has denied those reports, later bounced back into the spotlight with a much-hyped return to reality TV.

During an appearance on the reality show "Celebrity Big Brother," she asserted that she would never vote for Trump again "in a million years." She also claimed that she was "haunted" by Trump's tweets "every single day" during her tenure at 1600 Pennsylvania Avenue.

Last week, Gallery Books announced that the former "Apprentice" star is set to publish an "explosive, jaw-dropping" account of her time inside the West Wing – a memoir it purports will be a "must-read for any concerned citizen."

"Unhinged" is slated to hit stores on August 14.