Donald Trump just contradicted himself on why he fired James Comey 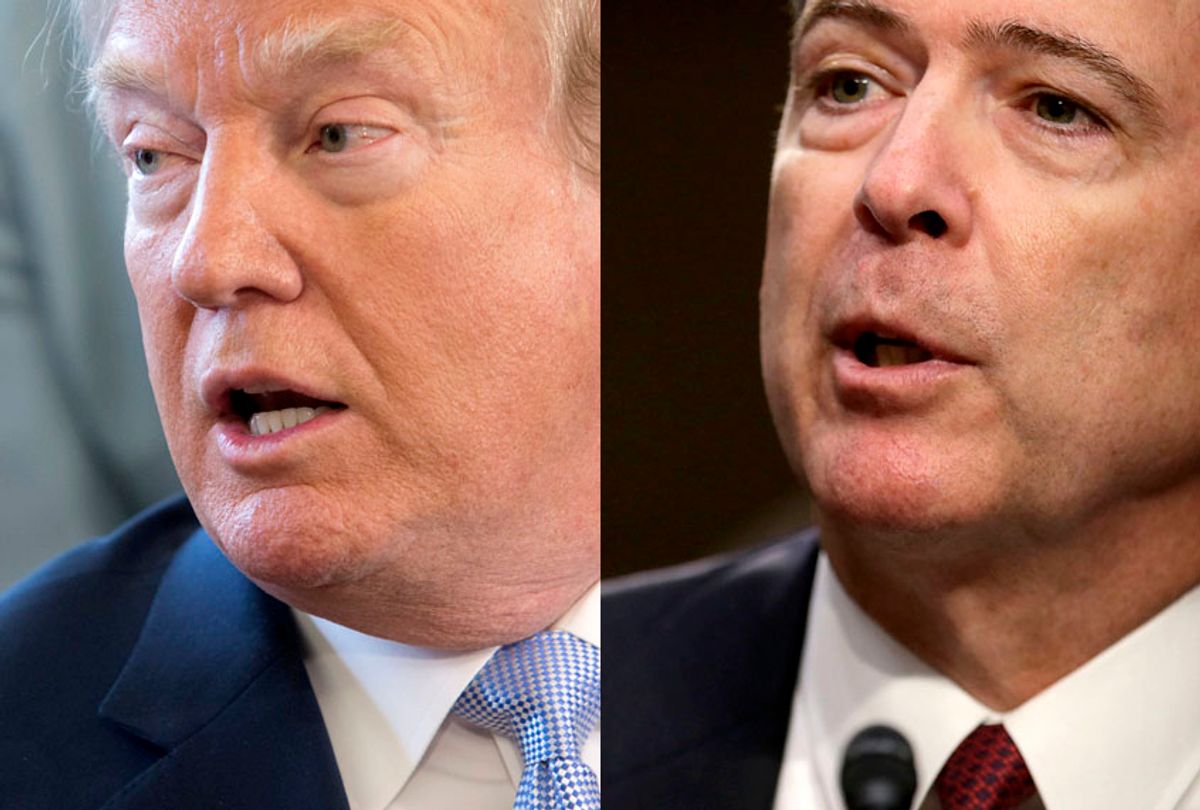 President Donald Trump claimed in a tweet Wednesday morning that he didn't fire former FBI Director James Comey "because of the phony Russia investigation," but that's not what he seemed to admit to NBC's Lester Holt in an interview last year.

When Comey was fired on May 9, the White House released a statement which read, "President Trump acted based on the clear recommendations of both Deputy Attorney General Rod Rosenstein and Attorney General Jeff Sessions."

During the NBC News interview, he went on to describe the investigation as "an excuse by the Democrats . . . an excuse for having lost an election."

When Holt asked the president if he was angry with Comey over the FBI investigation into his campaign's alleged ties with the Russian government, Trump gave a non-answer.

"I just want somebody that's competent. I am a big fan of the FBI, I love the FBI," he said. "As far as I'm concerned, I want that thing [the investigation] to be absolutely done properly.

He continued, "When I did this now I said, I probably, maybe will confuse people, maybe I'll expand that, you know, lengthen the time because it should be over with, in my opinion, should have been over with a long time ago. Cause all it is, is an excuse but I said to myself, I might even lengthen out the investigation but I have to do the right thing for the American people. He's the wrong man for that position."

It's quite clear that for almost an entire year, the president has been on the record as having admitted he fired Comey both "regardless of recommendation" and because he felt he was "the wrong man for that position."

It's no surprise then, that Trump's answers have fueled speculation that he obstructed justice, something which has also reportedly become a focus of Mueller's investigation.

In the months since Mueller was appointed as special counsel, conservative lawmakers and right-wing media pundits have railed against the investigation and have sought to undermine it. Sen. Majority Leader Mitch McConnell, R-Ky., has also refused to allow a bill on the Senate floor that would protect Mueller from being fired by Trump.

Since taking office, the impulsive Twitter habits of the "very stable genius" president haven't exactly worked in his favor.