Meet Jared Holt, the guy who's getting Alex Jones kicked off the internet

Jared Holt helped lead the pressure campaign to get Infowars booted from Spotify, Facebook and other platforms 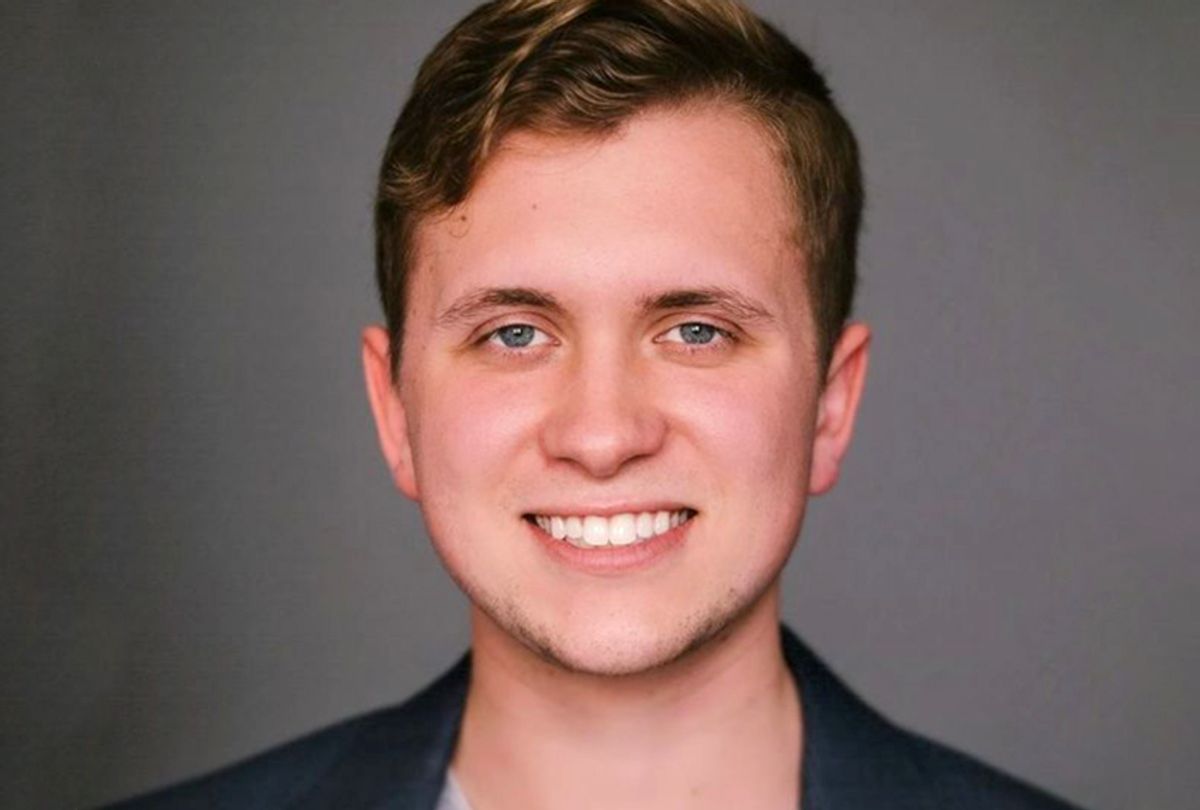 Alex Jones is having a rough week. The Texas-based conspiracy theorist and head of the disturbingly popular Infowars media empire has been banned in rapid succession from a variety of platforms, including Apple, YouTube, Facebook and Spotify.

To many casual news consumers, the purge seems sudden. Jones has been peddling mean-spirited hoaxes for years, including 9/11 "truther" nonsense, false accusations of pedophilia aimed at a broad set of targets (including special counsel Robert Mueller), and hyping the idea that the bereaved parents of kids killed in the Sandy Hook massacre are fakers — the latter of which has led to a defamation lawsuit that could cost the Infowars host millions of dollars. So why now?

The timing isn't random. In recent weeks, a group of progressive activists has dialed up efforts to pressure these distribution platforms to drop Infowars. That pressure, which comes at a time when court proceedings against Jones have finally begun in earnest, created the momentum that led to this decision. This has been mentioned in passing in much of the coverage, but these folks deserve much more credit and recognition for the work they've been doing in trying to fight right-wing disinformation campaigns.

Salon spoke recently with Jared Holt, a researcher from Right Wing Watch, a project of People for the American Way. Holt's work has been instrumental in getting social media and other internet platforms to give Infowars the boot. This interview has been edited and condensed for clarity.

I follow you on Twitter and noticed that you seemed to be spearheading the effort to kick Alex Jones off Spotify. Am I right in this assumption?

I first brought attention to the fact that Spotify was hosting Infowars’ programming and tweeted about it. That was amplified by the progressive group Sleeping Giants, which brought it into the national attention, from my relatively niche Twitter account. People were upset and threatened to boycott Spotify. That got the attention of reporters who asked Spotify about it. Then I also wrote an article laying out the case for why Infowars clearly violates Spotify’s own hosting rules.

Why did you decide to target Spotify? Alex Jones is being distributed all over, as we've come to realize.

I’m not sure it was really a calculated effort. I use Spotify to listen to music while I work. I noticed they had a podcast section, so I was looking through that. When I found Infowars, I was surprised -- mostly because of my own experience as someone who has a podcast, aside from my work with Right Wing Watch. I experienced a personal struggle to get Spotify to list my own podcast.

I guess I was a little bit offended that Alex Jones was able to get on the air and I wasn’t.

Did Spotify respond to your complaints directly?

No. I reached out to Spotify for comments on my original stories about the ways that Infowars violates the terms of service. Although I was the first person, to my knowledge, to ask them about this, they never responded to me.

It seems like there was a snowball effect that took place after this happened. Jones got booted one outlet and then the rest followed, stampede-style. Why was this the tipping point?

For a long time, people have been frustrated, particularly with Facebook and YouTube hosting Infowars. Those sites nearly broke their backs to come up with reasons why Infowars should be exempt from the same user policy enacted on everybody else that uses the platform.

Maybe adding Spotify and Apple to this discussion underlined exactly how legitimate the concerns of the people who were upset by this were.

Why do you think Facebook resisted kicking Jones off for so long?

To be just totally blunt, I think Facebook was afraid to take action.

Ever since the internet began, there’s been the existential question over how much responsibility platforms have for the content that its users generate. The internet started as a radical experiment in free speech, and I think early on, we saw the benefits of that more clearly. I’m thinking back to events like the Arab Spring and that sort of stuff, to see what a free and open internet could do for democracy at large and on the world stage.

But over the past couple of years, we’ve experienced the negative effects. We were spoiled by the good before we saw the ugly. I think because of that, there is sort of a fear -- not just at Facebook, but with other tech companies as well -- that restricting pages gets attention.

They also would be subject to backlash from millions of people who keep up with Infowars and support Infowars.

You work at Right Wing Watch and People for the American Way by tracking right-wing misinformation sites. Why is it so important to go after these guys? What danger do they present to the public?

It's in the name of Infowars. It’s not an attempt at legitimate reporting. It's a, quote, "war" for your mind.

Unfortunately, their war for the American mind is to stuff it full of conspiracy theories. That ultimately debases people from reality and polarizes them to the extremes of right-wing politics. Historically, we’ve seen that can be very harmful for the vision of America as a free and open democracy.

I think it’s important to realize that people like Alex Jones are using these platforms in bad faith.

Mark Zuckerberg gave an interview recently that went viral because he brought up Holocaust denial and suggested that one problem with kicking out conspiracy theorists is that while they're wrong, they're arguing in good faith and believe the things they say.

You’ve been following Infowars for a long time and researching them. So I guess I want to ask you bluntly: Do you think Alex Jones is just pretending to believe this crap, or does he really believe it?

I think Alex Jones is probably caught in his own feedback loop at this point. I think he believes in the classic right-wing conspiracy theory, this idea that "globalists" are working to subvert Western culture.

Through the audience and the reward system he’s built for himself at Infowars throughout the years, he has an incentive, resulting directly to his pocketbook, to give his audience the red meat.

I think I can’t peer into Alex Jones’ brain and tell you 100 percent whether or not he believes in all of this. But he definitely has a financial reward system, and I guess an audience, that provides motivation for him behaving the way he does on air.

What role do you think the Sandy Hook lawsuit plays in all this? Do you think that now that lawyers are involved, that might change the equations for the social media networks, Spotify, and other places?

These lawsuits have been ongoing against Alex Jones for a while, and these social networks didn’t seem to really care. I do imagine that the fact Alex Jones is being sued in court for things he said and transmitted through their platforms adds to the outrage that users and activists are feeling.

How does it feel, after all this work you’ve been doing, to finally see Spotify, Facebook, YouTube, all these places, finally turn on Infowars?

Ultimately, what I want to see is something that we haven’t really witnessed from these social media giants, which is consistent and clear enforcement of their own guidelines.

Facebook and YouTube had a lot to say after the election about these efforts that they were supposedly going to make to counter fake news and misinformation on their platforms. But they ignored Infowars, which is one of the most pronounced symptoms of the problem.

It’s reassuring to see them finally take action. I think it’s a little unfortunate that it took a public outrage campaign to do it, but ultimately I think it’s a step in the right direction. I hope these platforms realize that the problem is bigger than Infowars and that users are counting on them to follow through with the promises they made to counter this kind of misinformation.

How the GOP became dominated by hate and bigotry