Give Hillary credit: Clinton didn't win, but she inspired a sea change for women candidates

Record numbers of women are running — and winning. Clinton's loss in 2016 no doubt helped pave the way 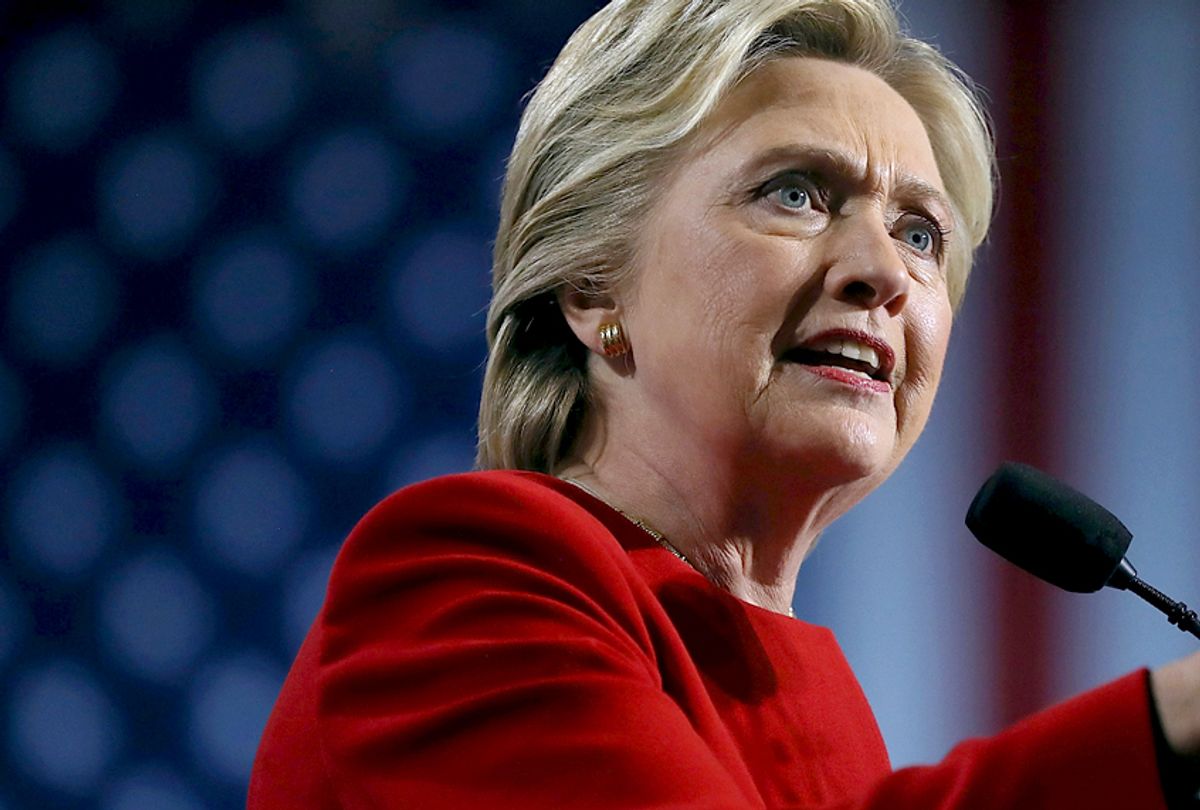 After Hillary Clinton lost her bid for the presidency in 2016, many women were devastated, believing that this was proof that no matter how much lip service is given to the idea of women's equality, the grim truth is that our society still can't handle the idea of female leadership. Even Clinton herself reportedly said, when she found out she was going to lose, "They were never going to let me be president.” And while many people uncharitably bashed Clinton for this, many ordinary women could relate — no matter how hard you worked or how talented you are, men will always just be handed the trophy anyway, even if they are lazy, incurious, barely literate grifters like Donald Trump.

Even at the time, however, the evidence didn't quite measure up to the level of defeat many women, including myself, felt. Clinton's loss was due to a fluke built into our electoral system over two centuries ago. By the measure of public opinion, however, she was the clear winner, garnering nearly 3 million more votes. Americans were ready for a female president, and we would have had one if the older people living in rural areas didn't have a disproportionate share of power.

My fear after Trump's win was that women would be discouraged from running, and even if they did, they would lose. Anti-feminist backlashes are no joke, and my suspicion was that sexists, even on the progressive side, would be feeling emboldened enough to trounce the ambitions of women running for office.

But I was gloriously wrong, at least about the Democratic side, anyway. On Tuesday, the record number of women running for office translated into a new record — 185 women have been nominated by their parties to run for the House of Representatives, besting the previous high of 167. And that number is likely to rise, as there are fourteen more states that have primaries scheduled.

This is mostly due to the Democrats. As FiveThirtyEight reported earlier this summer, there are currently three time as many Democratic women and Republican women in Congress, and there's good reason to think that gap could grow in November. There's a lot of reasons for this, including the fact that there's a lot more party investment, through groups like Emily's List, in electing women on the Democratic side.

But ultimately the gap is about ideology. The reason there's little investment in women and little interest in voting for women on the Republican side is deeply tied to the massive party disagreements on the issue of women's equality. Democrats have committed to policies aimed at making women equal, from equal pay legislation to support for reproductive rights. Republicans have resisted those policies. That the party that ideologically believes women deserve to be equal would do a better job running female candidates than the party that doesn't is no surprise.

Democrats have invested more in women, but historically, that's only gone so far. Women are still drastically underrepresented, even on the left side of the aisle. For instance, the House of Representatives has 193 Democrats, but only 61 — less than a third — of those representatives are women. And, as anyone who experienced intra-left sexism during the 2016 election could tell you, it's a myth that men, or even women, are feminist just because they're progressive. There's still a lot of knee-jerk hostility towards female Democrats who dare to display the same levels of ambition seen as acceptable in men, as evidenced by the angry attacks on Sen. Kirsten Gillibrand for her willingness to speak out against Sen. Al Franken after eight women credibly accused him of groping them.

But one statistic should be cause for cautious optimism. Dave Wasserman of the Cook Political Report tweeted on Wednesday that of primary races between one woman and one man where neither has an incumbent advantage, women are winning 69 percent of the time on the Democratic side. Republican women, in contrast, are only winning 34 percent of the time, and that's out of a much smaller field that bothered to run in the first place.

Why women are winning more often in these match-ups is hard to say. Research demonstrates that women tend to only apply for jobs after they've built up the qualifications and men tend to be far more confident in asking for jobs without meeting all the qualifications. In an electoral field, that likely means that the average female candidate is more qualified for the job than the average male candidate, which could lead to these results. Or it could be that Democratic voters, still smarting after Clinton's loss, have woken up to the unfair advantage men have and have started voting for women over men as a way to rectify these historical injustices.

When women start doing better than men for a hot minute, voices will rise up, crying about the grave injustice of it all. And sure enough, a few months of women doing slightly better in primaries has resulted in an explosion of anger at Emily's List and accusations that women who are supported by the group, which was established to help rectify the still-persisting inequalities in representation, now have an unfair advantage.

"A record number of women are seeking office this year, a momentous surge that’s left some male candidates wondering if being female is a political advantage in and of itself," Kara Voght wrote in an article for Mother Jones, one that takes a skeptical view of these complaints.

But let's be clear: Women are still a minority of politicians, and even a minority among Democrats. Women make up more than half of the voting age population, but are only 20 percent of Congress. Ending centuries of discrimination against women in politics will take more than one election cycle, even if women do better than male candidates for multiple election cycles. We've got a long way to go before reaching equality, much less making up for the first century and a half of the country's existence, when women didn't even a right to vote.

Still, despite all this fussing, the cold, hard numbers showing women are doing well are a reason for cautious optimism. Far from being intimidated by Trump's win and scared out of politics, women are standing up even more. Clinton may not have inspired in the way that she or anyone else who cares about women may have hoped, but her historic and tragic loss nonetheless has created a phoenix-from-the-ashes situation. And in a time when there's very little to feel joy about, that victory is tremendous. Especially if we can hang onto it.

Can this fighter pilot defeat the GOP?