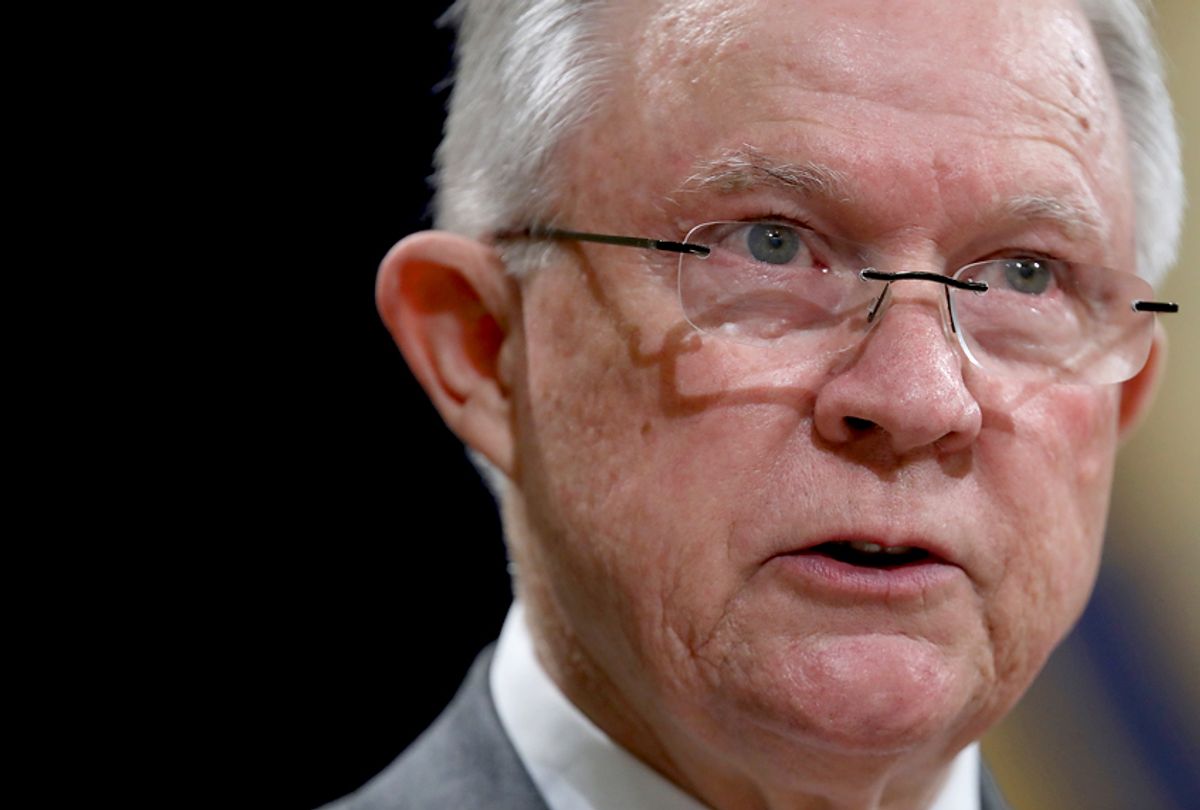 A federal judge in Washington, D.C., threatened to hold Attorney General Jeff Sessions in contempt of court after learning that the Trump administration broke its vow to the court and executed the deportation a woman and her daughter awaiting the appeal of their asylum case.

U.S. District Judge Emmet G. Sullivan halted the removal Thursday, the Washington Post reported, calling it "outrageous" that "someone seeking justice in U.S. court is spirited away while her attorneys are arguing for justice for her."

"I'm not happy about this at all," the judge made clear to Department of Justice officials. "This is not acceptable."

The judge became enraged when American Civil Liberties Union attorneys were informed that their plaintiff — a woman known in court papers as Carmen — and her daughter had been taken from a family detention center in Texas to the airport to be flown out of the country. The Department of Justice had agreed to delay deportations for Carmen until midnight on Thursday so her lawyers could appeal the removal orders in court. When the judge heard that the government had reneged on that agreement, Sullivan ordered them to "turn the plane around."

Carmen is a plaintiff in an ACLU lawsuit filed earlier this week challenging the Trump administration's tough new curbs around asylum seekers. The rules, announced by Sessions in June, suggest that domestic abuse and gang violence will no longer be grounds for receiving asylum under federal law. The decision vacated a 2016 ruling by the Justice Department's Board of Immigration Appeals that said abused women from El Salvador would be eligible for asylum.

"The mere fact that a country may have problems effectively policing certain crimes — such as domestic violence or gang violence — or that certain populations are more likely to be victims of crime, cannot itself establish an asylum claim," Sessions wrote at the time.

The ACLU litigation claims their "plaintiffs and thousands of other immigrants like them desperately seeking safety will be unlawfully deported to places where they fear they will be raped, kidnapped, beaten, and killed." The complaint was filed on behalf of 12 migrants from Honduras, El Salvador and Guatemala — eight women, one man and three children, according to the Washington Post.

Over and over, the Trump administration continues to show it's willing to get aggressive to implement hard-line immigration policies to prevent asylum seekers from entering the United States. In late June, President Donald Trump has even called to strip due process rights from immigrants who cross the border illegally. In a pair of tweets, Trump called the U.S. immigration system a "mockery," and undocumented immigrants should be stripped of due process rights "immediately, with no Judges or Court Cases," and that the U.S. should "bring them back from where they came."