Lindsay Lohan: Women who speak out against sexual misconduct "look weak" and want "the attention"

"I think by women speaking against all these things, it makes them look weak when they are very strong women." 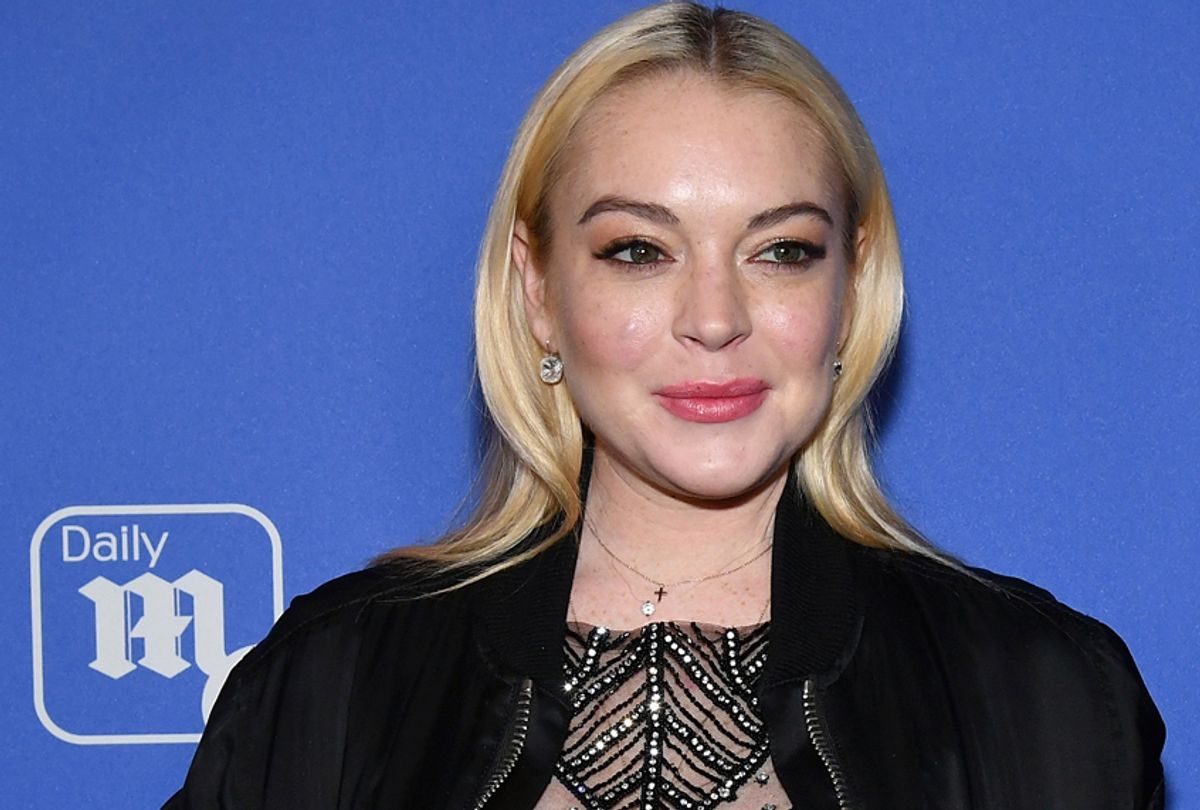 Lindsay Lohan recently said that women who speak out against sexual misconduct "look weak" and "do it for the attention." At the same time, the 32-year-old actress claims to be a champion of women.

"I'm going to really hate myself for saying this, but I think by women speaking against all these things, it makes them look weak when they are very strong women," Lohan said.

In a recent interview with the British publication "The Times," the former child star revealed why she does not endorse the #MeToo movement, which seeks to stamp sexual misconduct out of Hollywood.

"I don't really have anything to say. I can't speak on something I didn't live, right? Look, I am very supportive of women. Everyone goes through their own experiences in their own ways," Lohan said. "If it happens at that moment, you discuss it at that moment. You make it a real thing by making it a police report."

The "Mean Girls" actress went on to say that she thinks some of the women who have come forward publicly are merely doing it "for the attention."

"You have these girls who come out, who don't even know who they are, who do it for the attention," she added. "That is taking away from the fact that it happened."

Lohan previously stood up for accused sexual predator Harvey Weinstein in a since-deleted Instagram video. More than 80 women have now come forward to accuse the 66-year-old Hollywood mogul of misconduct. Criminal charges currently facing Weinstein involve three women and span nearly a decade from 2004 to 2003. He faces a maximum sentence of life imprisonment. Weinstein has denied the allegations.

According to reporter Ronan Farrow, it was known within the Weinstein Company that the "mistreatment of women" was a "serial problem" that created a "culture of complicity."  When the New York Times and the New Yorker published their exposés of Weinstein in October 2017, more than one dozen women claimed that Weinstein had made unwanted sexual advances in a list of allegations that spanned decades.

"I feel very bad for Harvey Weinstein right now. I don't think it's right what's going on. He's never harmed me or did anything to me," Lohan said last year, according to the Hollywood Reporter. "We've done several movies together. I think everyone needs to stop. I think it's wrong. So, stand up."

The actress' controversial comments to "The Times" on the heels of MTV's announcement that a new reality show about Lohan and her lifestyle brand was in production on the Greek isle of Mykonos with eyes toward a 2019 premiere. “Lohan Beach Club (working title) offers viewers VIP access to one of the most exclusive destinations in the world, and a behind the scenes look at how a young, successful entrepreneur runs her empire,” said Nina Diaz, president of programming and development for MTV. “We are thrilled to have such a passionate and creative partner in Lindsay to help explore this intriguing culture, all through the eyes of her brand.”