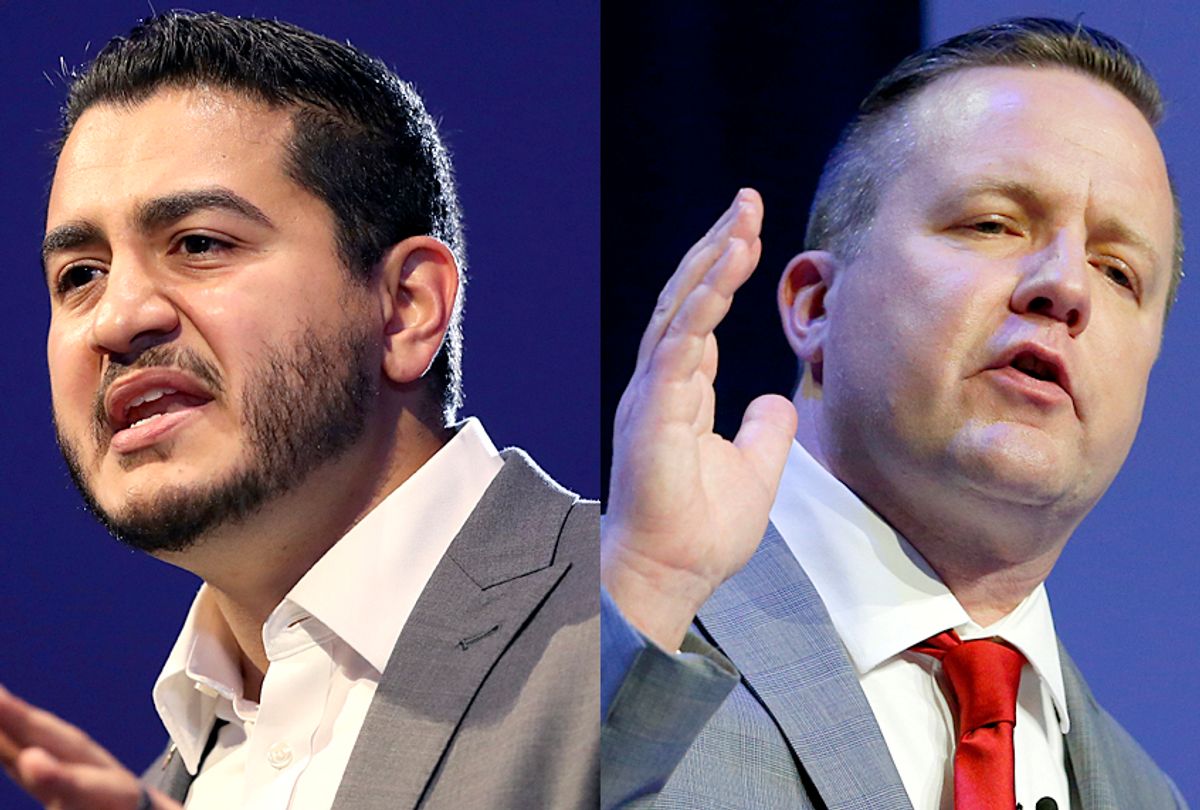 The 33-year-old progressive Democrat came in second place in Tuesday night's Democratic primary, winning about 30 percent of the vote in the three-way primary. Former Senate Minority Leader Gretchen Whitmer, who has been dubbed as the establishment choice, defeated the two liberal candidates, capturing about 52 percent of the vote.

El-Sayed had been boosted by the endorsements of progressives, including Sen. Bernie Sanders, I-VT, and Alexandria Ocasio-Cortez, the 28-year-old democratic socialist and political novice who toppled 10-year Democratic incumbent Rep. Joseph Crowley in New York's 14th congressional district a few weeks ago.

El-Sayed positioned himself as the most progressive candidate in the race. His policy agenda included increasing the state's minimum wage to $15/hour, implementing a single-payer health care, free four-year college for families earning less than $150,000 a year, introducing universal pre-K, legalizing marijuana and ending right-to-work.

The former director of Detroit's health department also ran on a platform that supported the abolition of Immigration and Customs Enforcement (ICE), an agenda that Stewart described as "dangerous," but that proponents believe would protect families and children in the United States and abroad.

According to ProPublica, ICE has detained and deported immigrants who have been living in the United States for decades without criminal convictions — despite the questionable legality of this practice. ThinkProgress reports ICE agents in plain clothes and refusing to show ID snatched a Minnesota man, who had been living in the U.S. for 25 years, from his family while he was attending a hearing at a federal courthouse.

In addition, the immigration enforcement agency has been plagued by mounting allegations of sexual assault and abuse. Most recently, ProPublica found that police responded to at least "125 calls reporting sex offenses" at shelters that primarily serve immigrant children. The reports detail shelter staff members tickling children, entering their rooms alone, kissing them and groping them. In April, The Intercept found 1,224 complaints of sexual abuse in immigration detention centers. The report revealed that half of all abuse is committed by staff.

If elected, El-Sayed also would have been the nation's first Muslim governor.

Standing in striking contrast from El-Sayed, Stewart has a history of embracing neo-Confederate viewpoints and the alt-right, and has boasted himself as operating under the same modus operandi of Trumpism, saying in 2016, "I was Trump before Trump was Trump."

In 2012, during his run for lieutenant governor, Stewart praised Prince William County's "crackdown" on undocumented immigrants via a 2007 law that required county police to determine the immigration status of anyone detained or arrested if there was "probable cause" that person might not be a U.S. citizen. He has previously declared Virginia as the state of "Robert E. Lee and Stonewall Jackson," and added that the Confederate flag "is our heritage, it's what makes us Virginia, and if you take that away, we lose our identity." In June, Trump congratulated Stewart after he came out victorious in the Virginia Republican Senate primary race, saying he has a "major chance of winning" against "a total stiff, Tim Kaine."

Stewart drew parallels between El-Sayed and his own opponent, incumbent Sen. Tim Kaine, D-VA, calling him "wimpy" and urging voters not to let Kaine bring this "dangerous, far-left communism to VA."