"Stormy is the biggest signing for this year’s show, and she’ll make headlines around the world," a report claims 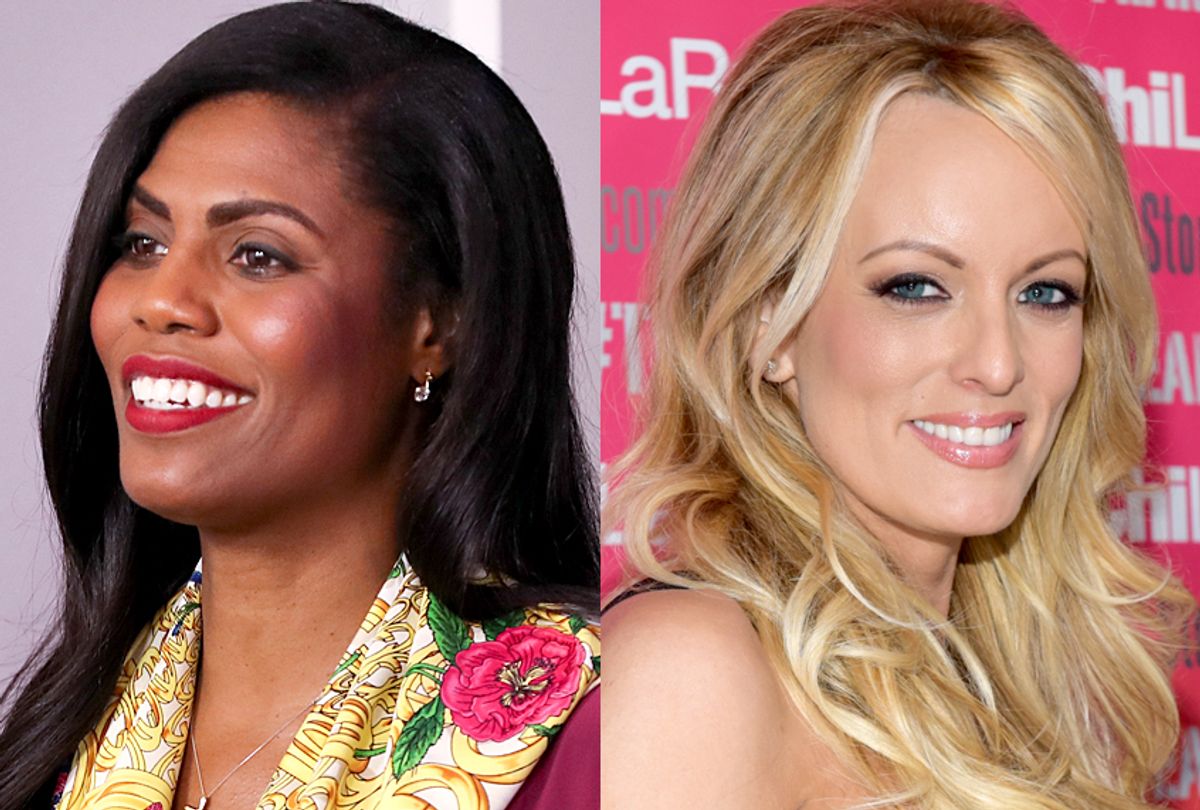 Stormy Daniels, the adult film star whose real name is Stephanie Clifford, is slated to appear in the upcoming season of the United Kingdom's "Celebrity Big Brother," according to The Sun. The series reportedly returns Thursday with a focus on redemption, in which "all of the celebrities will be asking viewers for forgiveness for past scandals."

Daniels, who claims she had a consensual extramarital affair with President Donald Trump in 2006, will reportedly be joined in the "Big Brother" house by "Cheers" and "Scream Queens" actress Kirstie Alley; Nick Leeson, the shamed British trader who lost Barings Bank $800 million from fraudulent trades; Rodrigo Alves, known as the "Human Ken doll" for his numerous plastic surgeries; and several other celebrities.

"Stormy is the biggest signing for this year’s show, and she’ll make headlines around the world," a source told The Sun. "Bosses were so keen to get her on board, and it’s a fantastic opportunity for her."

If the news is true, it raises the question of what Daniels could disclose about the sitting U.S. president while the cameras are rolling. Daniels filed a civil lawsuit against Trump, alleging that she was intimidated into signing a non-disclosure agreement in the run-up the 2016 presidential election in exchange for her silence. While Daniels was reportedly paid $130,000 by Trump's former lawyer Michael Cohen in the fall of 2016, the adult film star has claimed that the NDA is invalid because Trump never signed it.

Michael Avenatti, the attorney representing Daniels, has also been a steady presence on cable news networks, often criticizing Trump and highlighting his client's story. Avenatti said Sunday on ABC's "This Week" that America has "lost track of holding him (Trump) accountable as it relates to the truth and facts and evidence."

"And let me tell you this, I'm going to put Donald Trump on trial," he continued. "We're going to have a trial one way or the other. The only question is how many jurors are we going to have in that trial."

The possible disclosures from Daniels also recall the recent appearance of Omarosa Manigault-Newman on the U.S. version of the reality TV show. On one episode of "Celebrity Big Brother," the former White House staffer began to share her unfiltered feelings about her brief stint working for Trump — remarks that could foreshadow the text on the pages of her upcoming tell-all book, "Unhinged: An Insider's Account of the Trump White House."

"There's a lot of people that want to stab me in the back – kind of similar to the White House," Manigault-Newman said on the broadcast. "The one thing I learned from politics is you have to learn how to watch your own back. And, in some cases, you have to watch your front, too."

On the show, Manigault-Newman also claimed she was "haunted" by Trump's tweets "every single day" and described the situation inside the White House as "bad." She also questioned the country’s leadership under Trump.

Manigault-Newman, who was fired last year from her post as director of communications at the White House Office of Public Liaison, has been on a press tour in promotion of her new new memoir, which hits bookshelves this Tuesday. According to The Guardian, Manigault-Newman alleges that Trump is "actually a racist" who has used the "N-word" and other racial slurs "multiple times."

"Three sources in three separate conversations had described the contents of this tape," Manigault-Newman writes. "They all told me that President Trump hadn’t just dropped a single N-word bomb. He’d said it multiple times throughout the show’s taping during off-camera outtakes, particularly during the first season of 'The Apprentice.'"

During an interview Sunday on "Meet the Press," Manigault-Newman also made claims about the president's mental state. "They continue to deceive this nation by how mentally declined he is," she said.