Def Jam co-founder Russell Simmons sues one woman who accused him of rape for $35,000: report

The music mogul alleges that an unnamed woman accused him "for purposes of publicity, which this case has garnered" 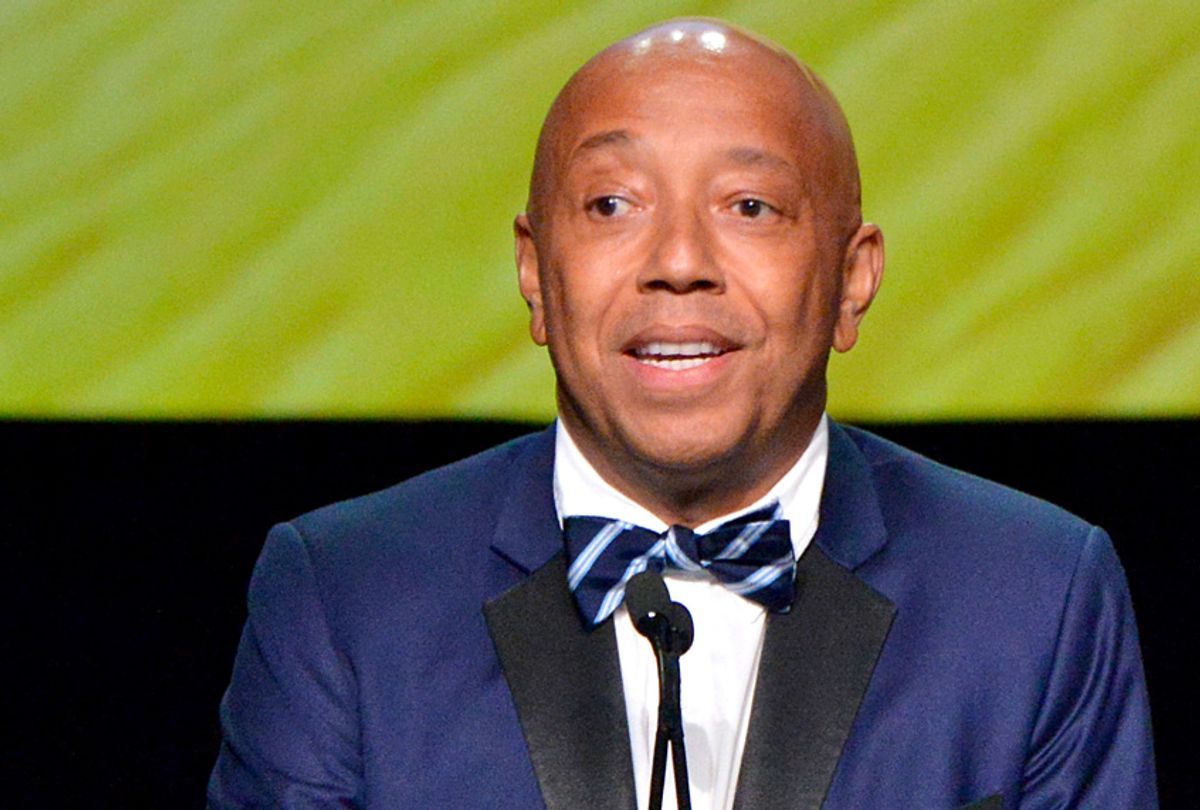 Russell Simmons, the music mogul who has been accused of sexual misconduct by more than a dozen women, is pursuing legal action against one of his accusers and her attorney. According to legal documents obtained by E! News, the Def Jam co-founder is requesting that an unnamed woman who accused Simmons of rape pay him $35,000 in legal reparations. Simmons alleges that the woman, only identified as Jane Doe in the documents, accused him "for purposes of publicity, which this case has garnered."

Jane Doe sued Simmons for $10 million in civil court in March, alleging that the music mogul had raped her after a concert she attended with her young son in Sacramento, California almost 30 years ago. The woman alleged that Simmons approached her and invited her to attend an after party at his hotel. According to E! News:

She claimed she met the artist at a hotel bar after leaving her elementary school-aged son with a babysitter. She claimed he then asked the mother to go with him to his room to retrieve something he had forgotten. 'After entering the room, Russell shut the door and said 'I am going to f--k you,' she alleged in court documents. 'Russell threw her on the bed and raped her,' those documents also claim.

"I vehemently deny all the allegations made against me. They have shocked me to my core as I have never been abusive or violent in any way in my relations with women," Simmons said in a statement after the lawsuit was filed. "I have submitted myself to multiple lie detector tests. I denied forced sex and sexual harassment allegations brought against me in each test; I also answered no to the question, 'Have you ever physically forced any woman to have sexual intercourse?' I passed all of the lie detector tests."

READ MORE: Why mothers defend Roe v. Wade: Abortion is a fact of life for parents, too

The case was eventually thrown out, because the statue of limitations had passed. But Simmons argues that Jane Doe's legal actions were "baseless and was filled for an improper purpose," according to E! News. The $35,000 dollars requested is meant to reimburse Simmons for the legal fees he had to pay as a result of the litigation with Jane Doe, the court documents state.

"The court records show that Mr. Simmons’ attorneys motioned to dismiss a frivolous and frankly outrageous lawsuit," Simmons' spokesperson told HuffPost. "The plaintiff had 21 days to withdraw the suit, after which, by statute, Mr. Simmons' lawyers filed for dismissal, sanctions and appropriate legal fees."

But that is not all. Simmons is also requesting that the judge impose sanctions against Doe's attorney, Douglas Mastroianni, over allegations of misconduct. According to E! News, Simmons' attorneys claim that Mastroianni and Doe "falsely suggests in her opposition . . . that Mr. Simmons is somehow more culpable here because the law firm that represents him in this action also has represented Bill Cosby and Harvey Weinstein." Simmons' spokesperson did not offer more details on Mastroianni's alleged attorney misconduct, HuffPost reported.

Since the fall of 2017, Simmons has been dogged by mounting claims of sexual harassment and rape in incidents that allegedly span from the early 1980s to 2016. Last year, he departed from his business ventures after Jenny Lumet, the screenwriter of "Rachel Getting Married" and daughter of the Academy Award-nominated director Sidney Lumet, detailed allegations of sexual assault in a guest column she penned in the Hollywood Reporter. The Def Jam co-founder has denied all of the accusations.

Why this invisible industry needs a voice.