Colbert responds to Omarosa's claims that we "finally" have proof that Donald Trump is a racist. Finally? 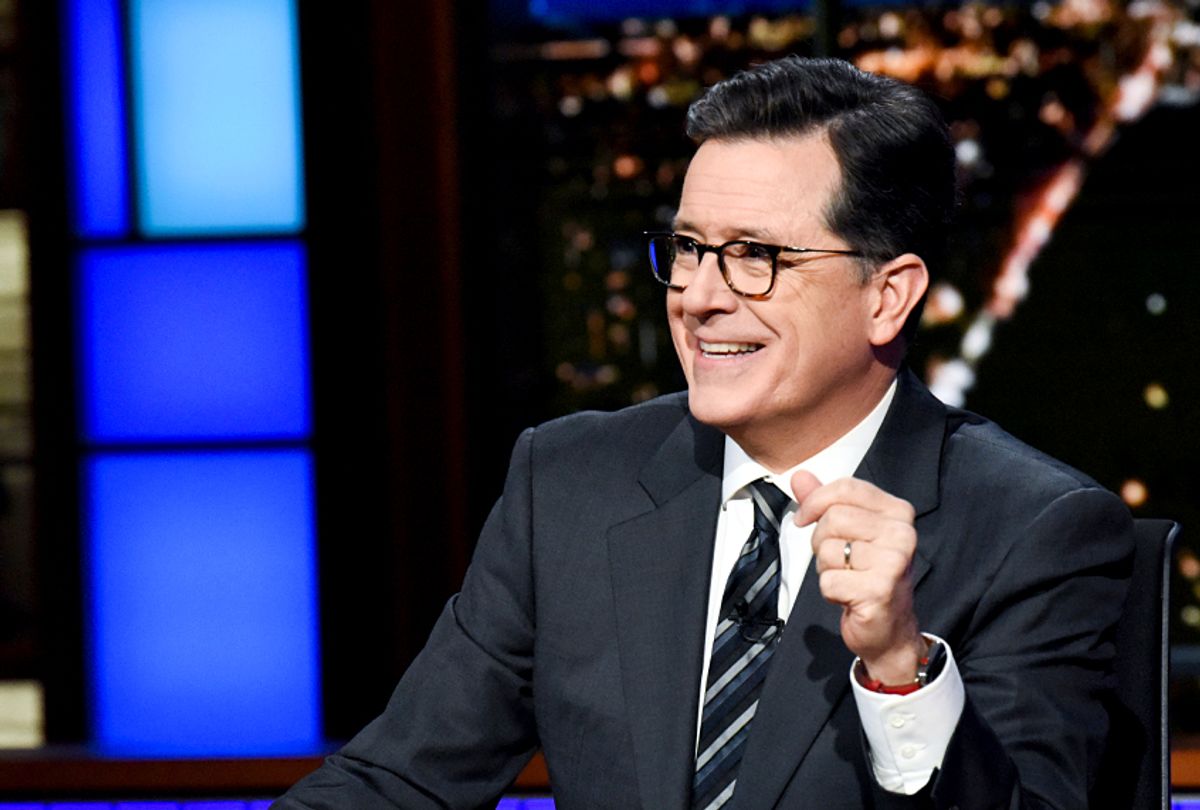 Stephen Colbert addressed Omarosa Manigault Newman's new book "Unhinged" on "The Late Show" Monday night, which has both reinvigorated her feud with President Donald Trump that began after she was fired from the administration last year and relaunched the former White House aide and reality star back into the spotlight. Aside from publishing a tell-all memoir, Manigault Newman has engaged in an expansive press tour, claiming that she has heard tapes of Trump using the N-word and that he is not mentally able to perform his duties as president.

"Yet another close adviser of president Trump has betrayed him," Colbert began his opening monologue. "The White House is basically a reboot of The Last Supper — Oops! All Judases."

"Now we know why Trump didn’t get a dog — because he knows the dog is just going to write a tell-all: 'White House Broken: My Ruff Tenure as Presidential Pet,'" the comedian continued.

Colbert described Manigault Newman as "a realtor handing you a business card at a funeral," before venturing into the claims she makes in the book. "Omarosa has written a salacious new book filled with shocking details that you already knew," he added. "So Trump is the one who’s 'Unhinged'? I thought the title referred to what Steven Miller does with his jaw to eat his breakfast gazelle."

"The Late Show" then played footage from Manigault Newman's sit-down interview on "Meet the Press" this weekend, where she claims she has heard the tapes where Trump allegedly used the N-word and that it verifies he is a racist.

"This is huge," Colbert said, making a concerned face. "Finally — we didn’t know. Finally we have proof that the guy who refused to rent to black tenants, said that a Nazi-Klan rally had some fine people and called Africa a 's-hole,' is a racist."

"Tear up the history books," the late-night host suggested. Colbert then described a scene in the book where Manigault Newman says she walked into the Oval Office one day as Trump was finishing a meeting with his former lawyer Michael Cohen. And that after Cohen left, "I saw him put a note in his mouth," she writes. "Since Trump was a germaphobe, I was shocked he appeared to be chewing and swallowing the paper. It must have been something very, very sensitive."

Another bombshell from Manigault Newman's press tour has been her recording of when White House Chief of Staff John Kelly fired her last December. She says she recorded it and is sharing it to combat the White House's claim that she was "disgruntled" and had to be physically removed from the building. In the recording, Kelly can be heard saying, "I'd like to see this be a friendly departure. . . And then you can go on without any type of difficulty in the future relative to your reputation."

"General Kelly, you work for Donald Trump, I wouldn't worry about other people's reputations," Colbert replied.