John Oliver reviews the week in racism, from Laura Ingraham to Unite the Right to Donald Trump

White nationalists marched on D.C., Ingraham lamented about the browning of America, and Trump did his usual thing 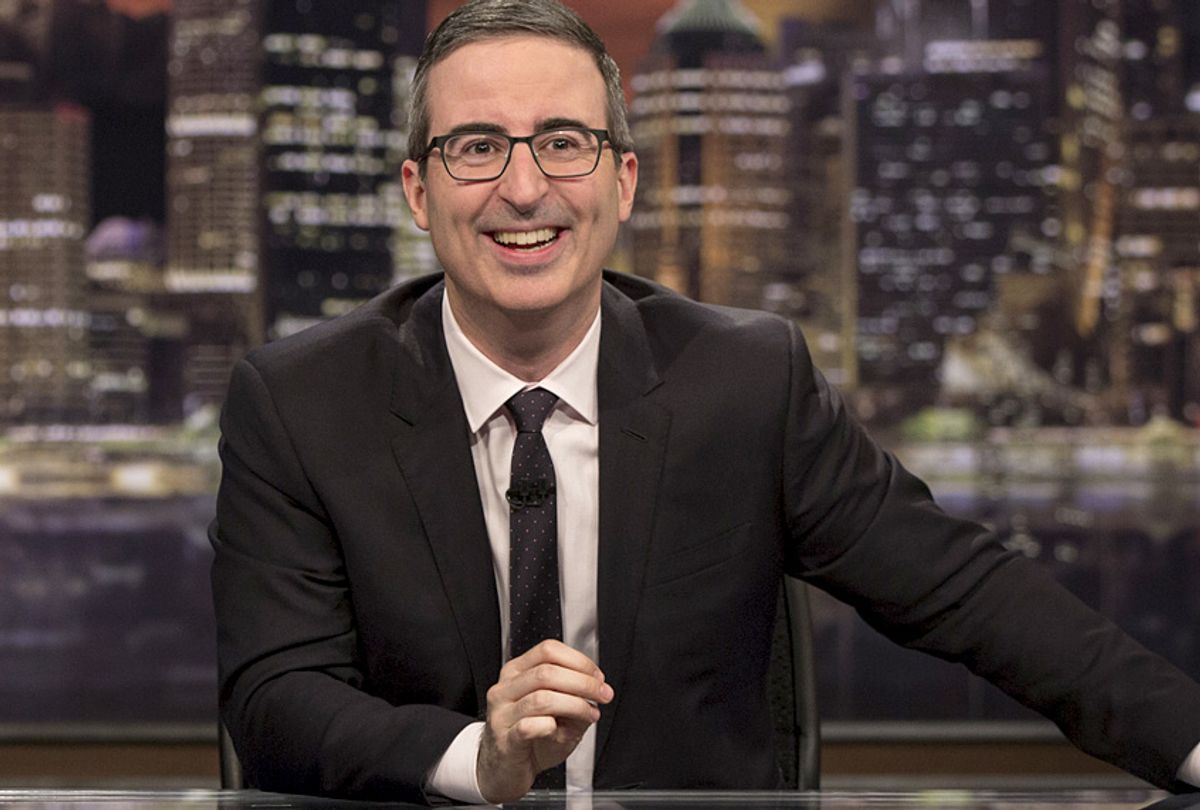 John Oliver began his HBO show, "Last Week Tonight," in his usual form, providing a recap of the week's most significant events. Unfortunately, for his episode Sunday night, that meant addressing racists, and there were many examples.

"They're the reason that 911 now has to answer calls with 'is this a real emergency or is there just a black person nearby?'" Oliver said, as the infamous picture of BBQ Becky displayed. She was the white woman who was caught on camera calling the police on a black family who were barbecuing in a public park. Since then, scores of white people have been caught on camera calling the cops on black people for existing: an eight-year-old selling water; a grad student sleeping in her dorm common room; black women playing golf. The list goes on.

"As we tape this show right now tonight, the Unite the Right 2 rally is winding down," Oliver continued. "A massive dozens of white nationalists apparently gathered in D.C., where they were met by hundreds of counter-protesters calling them all assholes."

"And, look, while that numerical discrepancy is heartening," he added, "let's not get too reassured here, because this week also brought visceral reminder[s] of the problems that we're facing."

"Last Week Tonight" aired a Quinnipiac University Poll that asked people: "Is President Trump a Racist?" It coincided with the one year anniversary of white nationalist rallies in Charlottesville, where Heather Heyer was killed, and for which Donald Trump blamed "both sides."

Learning nothing, Trump wrote on Twitter on Saturday: "The riots in Charlottesville a year ago resulted in senseless death and division. We must come together as a nation. I condemn all types of racism and acts of violence. Peace to ALL Americans!"

The poll found that 49 percent — almost half of the country — believe that Trump is a racist, while 47 percent think that he is not. "It is stunning," Oliver replied. "Because it is both shocking that it's 49 percent and it is equally shocking that it is only 49 percent. Because it's not like he's been hiding it. It has been his brand for decades now. It's like only 49 percent of people thinking Kermit is a frog. It's in his name! Whether you like or hate that about him, you have to admit he's [a] fucking frog!"

Trump first made national headlines in 1973 when the Justice Department sued him and his father, Fred Trump, for discriminating against black people in its renting of apartments. Trump started his political career as a willing face of the birther crusade, demanding that President Barack Obama publish his birth certificate and prove his citizenship. There was also Trump's public campaign for the death penalty for five black and Latino teenage boys who were wrongly accused and convicted of the 1989 beating and rape of a woman in Central Park. And even after they were exonerated, Trump did not back down. These are just a few highly publicized examples.

"Today's demonstration is just the culmination of a week in which America's regular dog-whistle racism became uncomfortably loud. And perhaps there’s no better example of this than Fox News' Laura Ingraham," Oliver said, airing part of her racist, xenophobic rant where she blamed legal and illegal immigration for "massive demographic changes" that "most of us don't like." "In some parts of the country, it does seem like the America we know and love doesn’t exist anymore," she said on her Fox News show last week.

"Wow. She just came right out and said it, in a scripted commentary, straight at the camera, knowing her mic was on," Oliver said. "No 'economic anxiety,' no 'some of them are good people,' just 'I don’t want people who don’t look like this here.' You almost want to give her credit for honesty there and then deduct twice as much credit because she’s just being honest about how racist she is."

After the criticism and outrage rolled in, Ingraham argued that her rant had nothing to do with race, but not before former Ku Klux Klan grand wizard David Duke praised the monologue on Twitter, describing it as "one of the most important (truthful) monologues in the history of the MSM."

"When the former head of the Klan likes what you’re doing, that should give you real pause," Oliver said. "Let me put it this way: If immediately after this taping, Dr. Larry Nassar caught me in the hallway and said, 'Hey, man, love the show!' I’d think long and hard about what the fuck I just said."

The Ku Klux Klan in the 1920s had lasting effects on the U.S.' immigration laws.