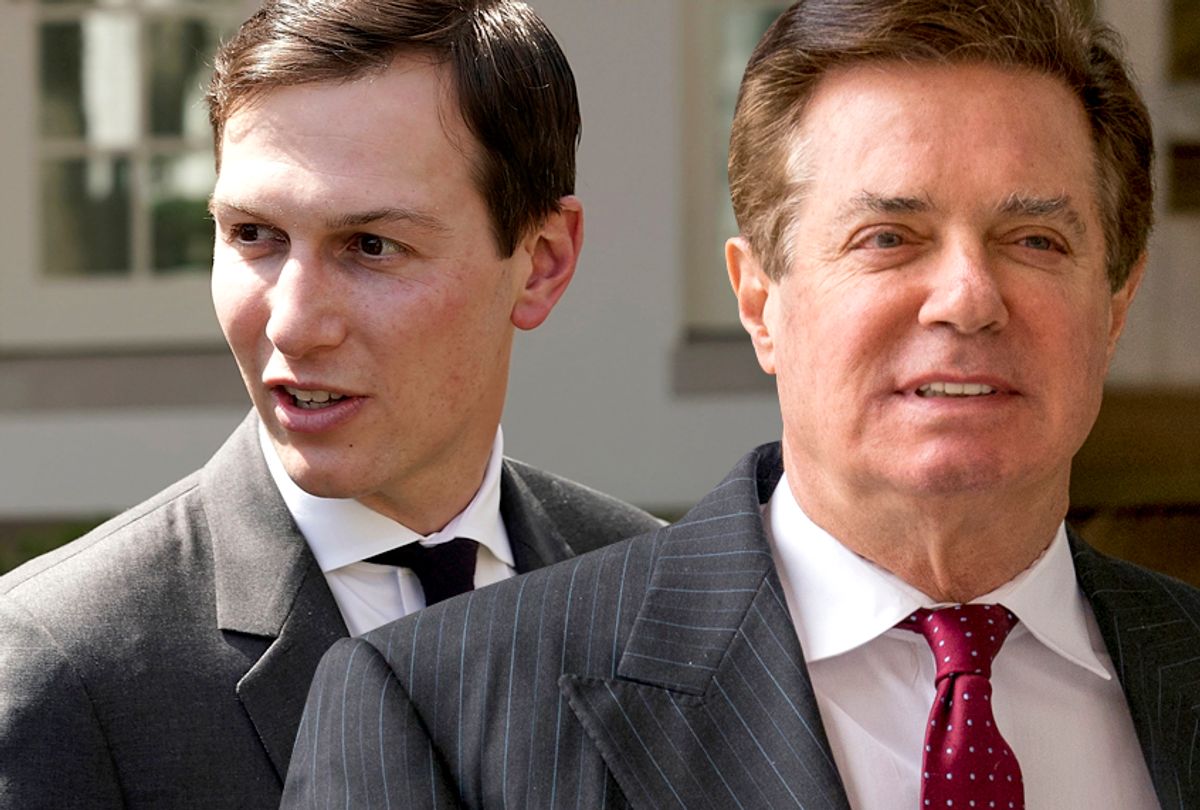 If there is one context in which Jared Kushner, the son-in-law of President Donald Trump, probably did not want his name to be mentioned, it is in that of any legal proceeding involving the ongoing Trump-Russia scandal.

As the trial of former Trump Campaign Manager Paul Manafort draws to a close, however, Kushner is finding himself under that unwanted spotlight.

Kushner is reported to have told Manafort that he was "on it" after the former campaign manager asked him to consider appointing a banker friend to a high-ranking government post, according to ABC News. According to the exhibit submitted before the court as evidence on Monday, Manafort had sent an email to Kushner in November 2016 — not only after the election but months after Manafort had been pressured into stepping down from the campaign — asking that Stephen Calk, the CEO and founder of Federal Savings Bank, be considered for the position of Secretary of the Army.

As Manafort explained in his email to Kushner, "Calk was an active supporter of the campaign since April. His background is strong in defense issues, management, and finance."

According to the testimony of James Brennan, a vice president at the Federal Savings Bank, Manafort managed to receive $16 million in loans from the bank around this same time, even though Calk knew that Manafort had been dishonest about the state of his finances. Regardless of any help that Manafort might have received from Calk, the prosecutors did not suggest that Kushner was aware of the financial relationship between Manafort and Calk or that Trump ever seriously considered Manafort's personnel recommendations.

The trial itself represents a considerable fall from grace for Manafort. The man who once advised the presidential campaigns of top tier Republicans like Gerald Ford, Ronald Reagan, George H. W. Bush and Bob Dole came under fire after he was appointed by Trump as campaign manager to replace the outgoing Corey Lewandowski. Because Manafort had served as an adviser to the pro-Russia Ukrainian politician Viktor Yanukovych, who eventually served as president of that country, he was perceived as being a political liability to a campaign that was facing its own problems with being viewed as pro-Russia. Consequently, Manafort stepped down from his campaign manager position.

Manafort's problems did not end with losing his job for Trump. Special Counsel Robert Mueller's investigation team has also put Manafort on trial for a number of financial crimes including bank fraud, tax evasion and money laundering.

Closing arguments in the Manafort trial began on Wednesday morning. As CNN reported:

Judge T.S. Ellis has urged both sides to keep their closing arguments under two hours.

On Tuesday, Manafort spoke for the first time during the trial when he told Ellis he would not be testifying during a brief questioning at the podium.

Manafort is not required to testify because of his Fifth Amendment rights against self-incrimination. Ellis made this clear during his conversation with Manafort.

One possible concern about the trial has been the unusual conduct of Judge T. S. Ellis, who was appointed to the bench by President Ronald Reagan and is well-known for his conservative leanings. Throughout the trial, Ellis seemed to make a point of humiliating and criticizing Mueller's lawyers at every available opportunity and even before the trial began made it clear that he had hostile views toward Mueller's team.

"You don’t really care about Mr. Manafort’s bank fraud. You really care about getting information Mr. Manafort can give you that would reflect on Mr. Trump and lead to his prosecution or impeachment," Ellis chided Mueller's prosecutors in May. He later added, "We don’t want anyone in this country with unfettered power. It’s unlikely you’re going to persuade me the special prosecutor has power to do anything he or she wants. The American people feel pretty strongly that no one has unfettered power."