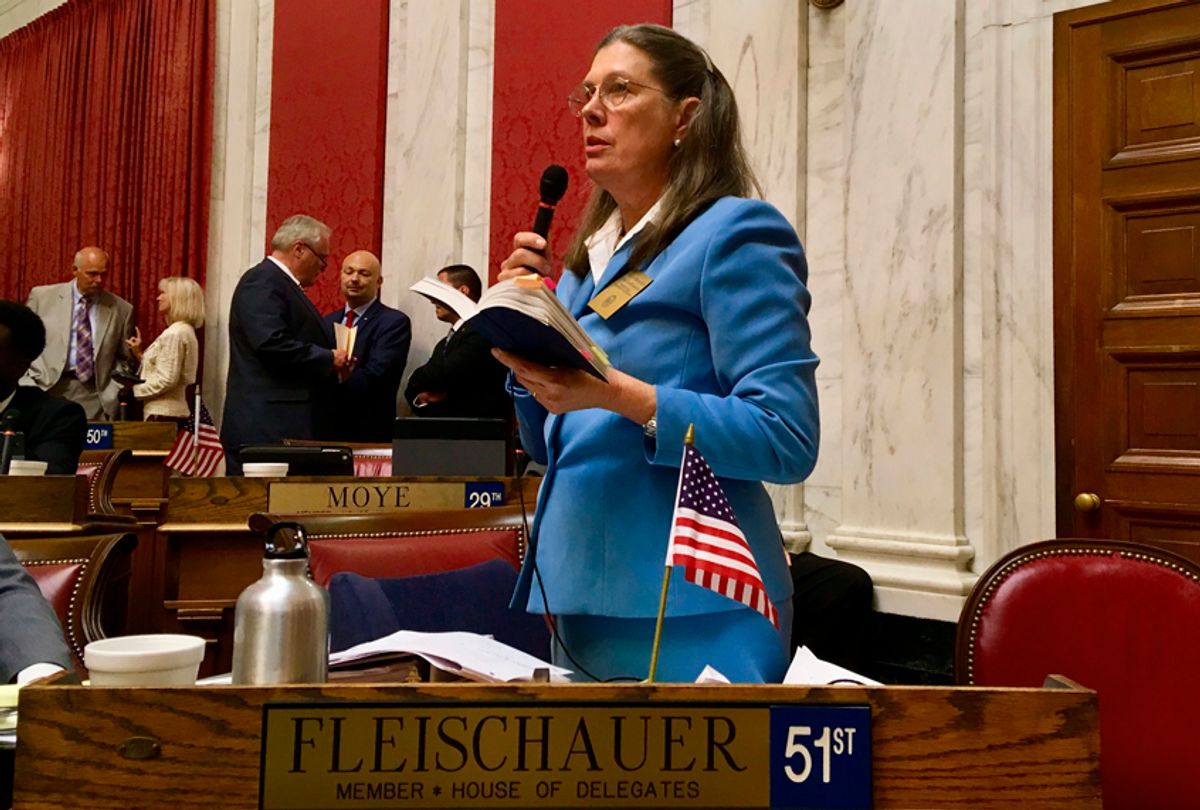 West Virginia's entire state Supreme Court has been impeached by the state House of Delegates, an event with no obvious precedent in American political or judicial history. This paves the way for the State Senate to ultimately decide the judges' fates.

The judges are accused of misusing taxpayer money for a number of personal expenses, including furnishing their professional offices, according to CBS News. Justices Robin Davis, Allen Loughry, Beth Walker and Margaret Workman were all impeached in an article which stated that they had abused their authority by refusing to rein in office expenses (most notably more than $1 million in renovations for their offices) and had not upheld ethical policies regarding the use of state vehicles and office computers, as well as with their working lunches.

Loughry, who was suspended from his position earlier this year, was impeached on eight articles that alleged he had used state vehicles for personal reasons, had lied to the House Finance Committee about using a work desk and work suede leather couch (worth $32,000) at his home, had used taxpayer funds to purchase a $42,000 antique desk and computers for his home, and had spent $363,000 to renovate his office. Davis was impeached for spending $500,000 on office renovations. Loughry, Davis and Workman were also impeached for allowing senior status judges to receive higher incomes than the wages permitted by law.

Finally there was former Justice Menis Ketchum, who was not impeached on Monday because he retired after pleading guilty to a federal wire fraud count that entailed his personal use of fuel cards and state-owned vehicles.

There are concerns among West Virginia Democrats that the decision to impeach all four judges could be an effort by state Republicans to take over the judicial branch of the government. One state delegate, Barbara Evans Fleischauer of Monongalia County, told NBC News that although her party supports the move to impeach Loughry, the efforts to take down the other justices were "a power grab, was a takeover of the court and using the impeachment process to take over another branch of government."

She added, "We're taking away from the people."

Regardless of whether the judges deserve to be impeached, the fact that they face accusations of misusing taxpayer money to redecorate their offices and engage in other personal projects makes them very much a part of an ongoing trend in American politics right now. This trend seemed to kick off in March 2015, when Rep. Aaron Schock, R-Ill., was pressured into resigning due to controversy over his alleged misuse of public and campaign funds. As the Guardian reported when he was indicted in November 2016:

The 52-page indictment accuses Aaron Schock, a once-rising Republican star, of brazen efforts to make money, such as buying World Series tickets with campaign funds and reselling them at a profit. When Schock risked missing a connecting flight for a European holiday, the indictment alleges, he paid a private aircraft company more than $8,000 (£6,300) out of his campaign account to fly him from Peoria to Washington.

Schock spent $40,000 in government funds to redecorate his Washington office, including $5,000 on a chandelier, and asked the House to reimburse him for nearly $30,000 of camera equipment, prosecutors allege. The indictment says he incurred a $140,000 mileage bill over six years, reimbursements for 150,000 more miles than his vehicles actually travelled.

Then there was the furniture-related scandal involving current Housing and Urban Development Secretary Ben Carson, which involved not only spending lavishly on office furnishings but also allegations that he punished an employee who tried to stop his excessive spending. As ABC News reported:

The Department of Housing and Urban Development spent more than $31,000 on a new table and chairs for the dining room adjacent to Secretary Ben Carson's office — revelations that came just months after an official that warned against high expenses was moved to a new role within the department.

The former senior HUD official, Helen Foster, has since filed a complaint that she was demoted in retaliation for raising concerns about granting extra funds to redecorate Carson's office and other issues within the department.

Schock and Carson are not alone. There was former Environmental Protection Agency head Scott Pruitt, who spent nearly double the limit allowed by law for redecorating his office ($9,600 instead of $5,000) and spent nearly twice the typical cost on security ($3.5 million as opposed to the average of $1.9 million a year). Former Health and Human Services Secretary Tom Price spent more than $300,000 on travel during his brief tenure, taking at least 24 trips on private charter planes subsidized by taxpayers. Then there was Secretary of Veterans Affairs David Shulkin, who spent taxpayer money on a private trip to Europe in July 2017.

All of these stories add up to a single problem: Numerous officials appear to view the public purse as their personal piggy bank. This is particularly ironic considering that both parties are full of politicians and political movements who preach fiscal conservatism and responsibility. Such rhetoric is especially common among Republicans, the party of Schock, Carson, Pruitt, Price and Shulkin.

It's understandable that Democrats in West Virginia are reluctant to give Gov. Jim Justice, a Republican, the opportunity to appoint an entire new slate of judges to the state Supreme Court, but that issue is secondary to preserving the public trust. If the four judges are in fact guilty as charged, then partisan strategy must take a back seat to government integrity.

It may be vain for Democrats to hope that Republicans in Congress will start taking a serious interest in investigating President Trump's possible crimes. But it does no good to turn that skepticism into a double standard.

Check out the biggest stories and latest interviews on SalonTV.