“We need to make sure that we are applying our rules consistently,” the CEO of Twitter tells NBC News' Lester Holt 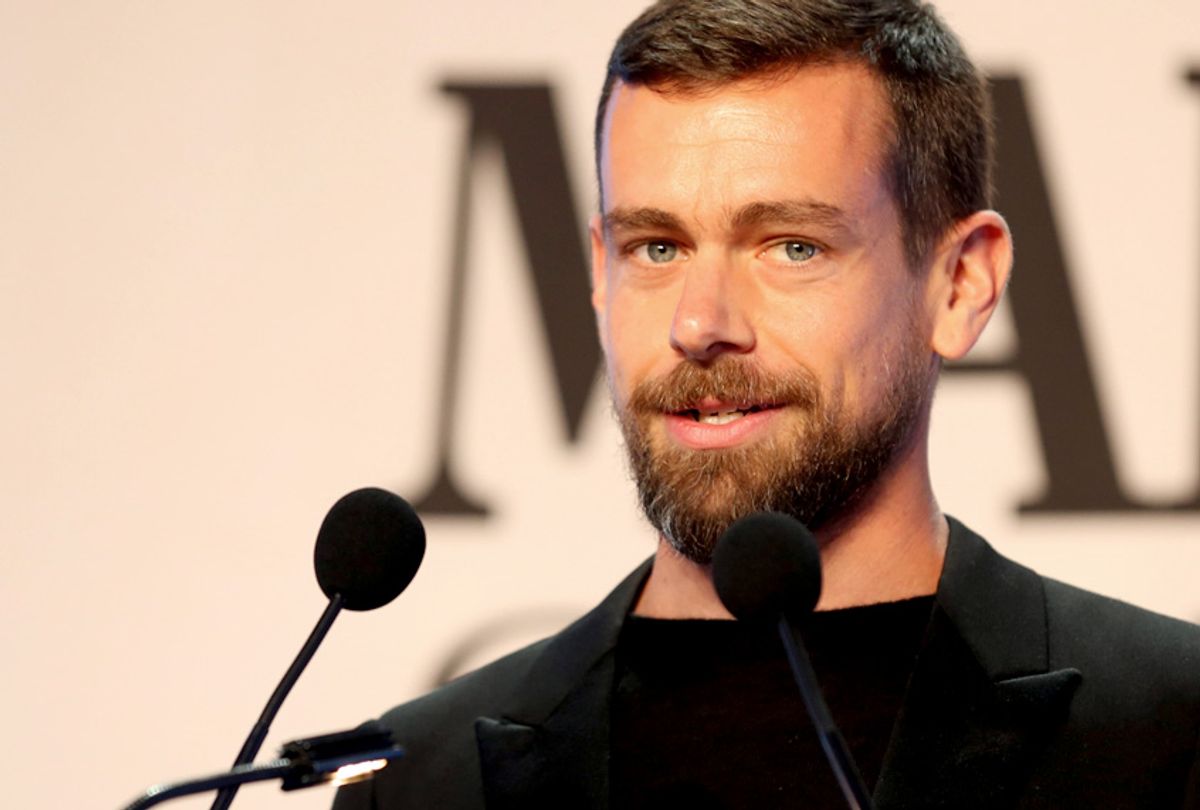 In an exclusive interview with "NBC Nightly News" anchor Lester Holt, CEO Jack Dorsey explained why Twitter gave Infowars' Alex Jones a “timeout” after issuing a call to arms against the "mainstream media" rather than banning the conspiracy theorist from its platform entirely.

Twitter has long faced difficulty in squashing hate speech while safeguarding its users right speak freely, and only after Jones called for an incitement to violence did the social media company issue any sort of punishment — in this case, a seven-day suspension.

“We can’t build a service that is subjective just to the whims of what we personally believe,” Dorsey said to Holt.

As a preventative measure, and perhaps an attempt at damage control, Dorsey unveiled to Holt Twitter’s plans to update its rules to better tackle so-called "dehumanizing speech."

“We’ve been considering a policy around dehumanizing speech for some time,” Dorsey said. “Dehumanizing speech is speech whose intent is to remove the humanness from someone . . . We need to take that into consideration. We need to not just write it for ourselves with our own understanding, but also get feedback from a broader community. And that’s what we’re committed to doing.”

As reported by Salon’s Shira Tarlo, while Twitter’s peers, including Facebook and YouTube, have moved to ban Jones from their platforms, Twitter’s delayed action stemmed from a desire to offer a service not “subjective to the whims” of personal ideology.

“We need to make sure that we are applying our rules consistently,” Dorsey later said to Holt. “Our rules are people come to our service, they agree to a terms of service and that is what we need to look at.”

When asked whether Jone's suspension seemed adequate to Dorsey, the CEO defended the punishment as a potential deterrent from future bad behavior. “I feel any suspension, whether it be a permanent one or a temporary one, makes someone think about their actions and their behaviors.” Dorsey told Holt.

Nonetheless, the conspiracy theorist will return to the platform very soon. Referencing the influx of backlash Dorsey and his team have themselves received via Twitter in regards to the controversy, Holt asked Dorsey how it felt to be on the receiving end of such animosity.

“I mean it’s hard. When we started the service, we didn’t have a sense of all the real world outcomes that people would utilize this for," Dorsey acknowledged. "We started with a real focus on one core fundamental human right of freedom of expression, but over time we’ve realized that that right has been weaponized. It has been used to silence the voices of others.”

"We believe it's important for the world to hear directly from global leaders, how they think and how they treat the people around them," he said.