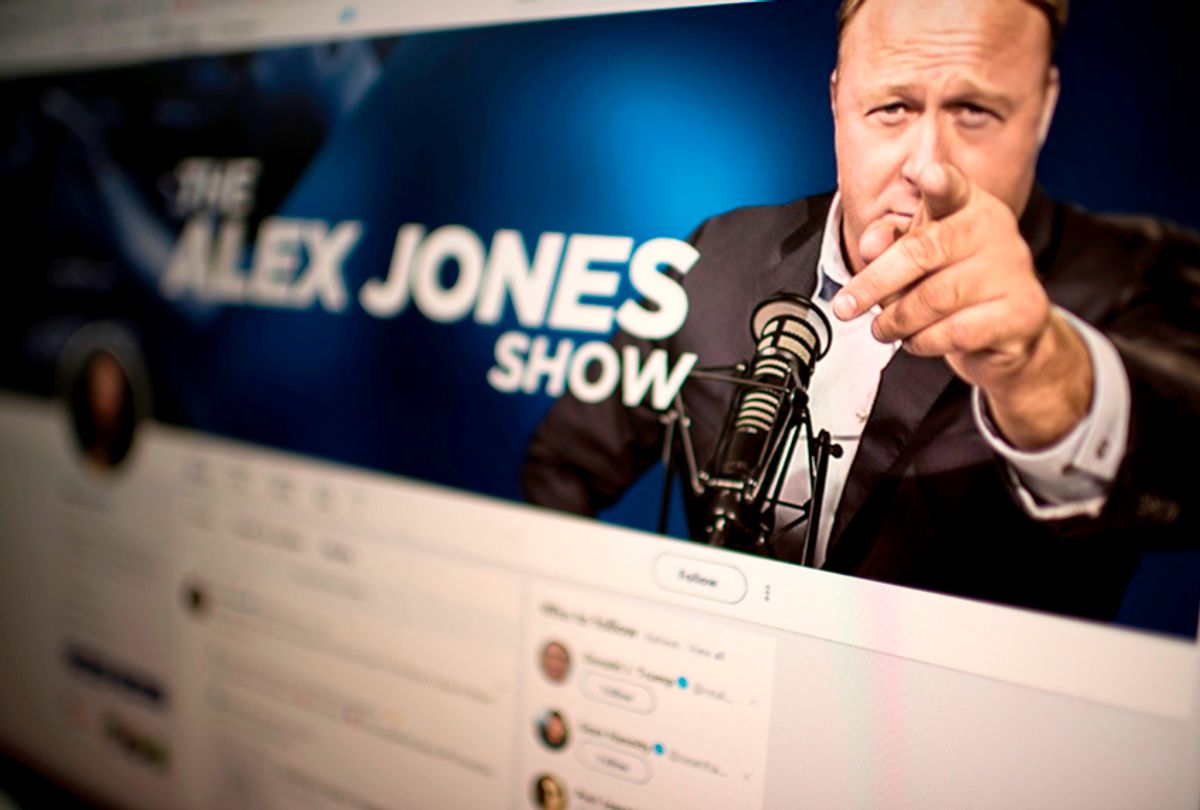 Twitter CEO Jack Dorsey backed up the company's decision to suspend the two accounts maintained by Infowars' Alex Jones in a seven-day "timeout." In an interview on Wednesday, Dorsey said he initially resisted suspending Jones, the extreme right-wing conspiracy theorist, despite receiving requests to do so, because Jones did not violate Twitter's rules.

The social media giant first suspended Jones' personal account after the far-right conspiracy theorist asked his supporters to get their "battle rifles" ready against various opponents, including the mainstream media, a violation of Twitter's rules and policies  against individuals or organizations that "use or promote violence against civilians to further their causes."

"We can't build a service that is subjective just to the whims of what we personally believe," Dorsey told NBC News' Lester Holt.

Dorsey explained that he believes the ban can help influence behavior and is consistent with the social media company's policies. "I feel any suspension, whether it be a permanent or a temporary one, makes someone think about their actions and their behaviors," Dorsey said.

Holt then pressed the Twitter CEO about whether he believes Jones will change his behavior based on a weeklong suspension.

"We can't build a service that is subjective just to the whims of what we personally believe," Dorsey added.

Twitter's decision to suspend Jones on Tuesday for seven days is a reversal from its previous defense of allowing the conspiracy theorist to continue posting on the social media platform because it hadn't violated its rules. Twitter was one of the last tech giants to remove Jones from its platform. Apple, Facebook, Pinterest, Spotify and YouTube (which is owned by Google) removed some or all Jones-related content earlier this week for violating their user terms prohibiting hate speech.

After NBC News released the above clip, Dorsey took to Twitter to elaborate on his soon-to-be-televised comments, insisting that he was "speaking broadly about our range of enforcement actions" with regards to the company's use of timeouts.

"I don't assume everyone will change their actions. Enforcement gets tougher with further reported violations," Dorsey tweeted.

As Salon's Amanda Marcotte previously reported, "Jones has been peddling mean-spirited hoaxes for years, including 9/11 'truther' nonsense, false accusations of pedophilia aimed at a broad set of targets (including special counsel Robert Mueller), and hyping the idea that the bereaved parents of kids killed in the Sandy Hook massacre are fakers — the latter of which has led to a defamation lawsuit that could cost the Infowars host millions of dollars."

Whether Jones' seven-day timeout from Twitter will prove effective will be seen next week, when the far-right conspiracy monger will be able to tweet and broadcast from the Twitter-owned video-streaming service Periscope — the only live-streaming platform he hasn't been banned from since YouTube, Facebook and other big social media platforms removed his access from their services and deleted his content.