Trump's war on words and the failures of a "weaponized" defense

The story of "weaponize" is a cautionary tale, a tale of how an assault on nuance and meaning is contagious 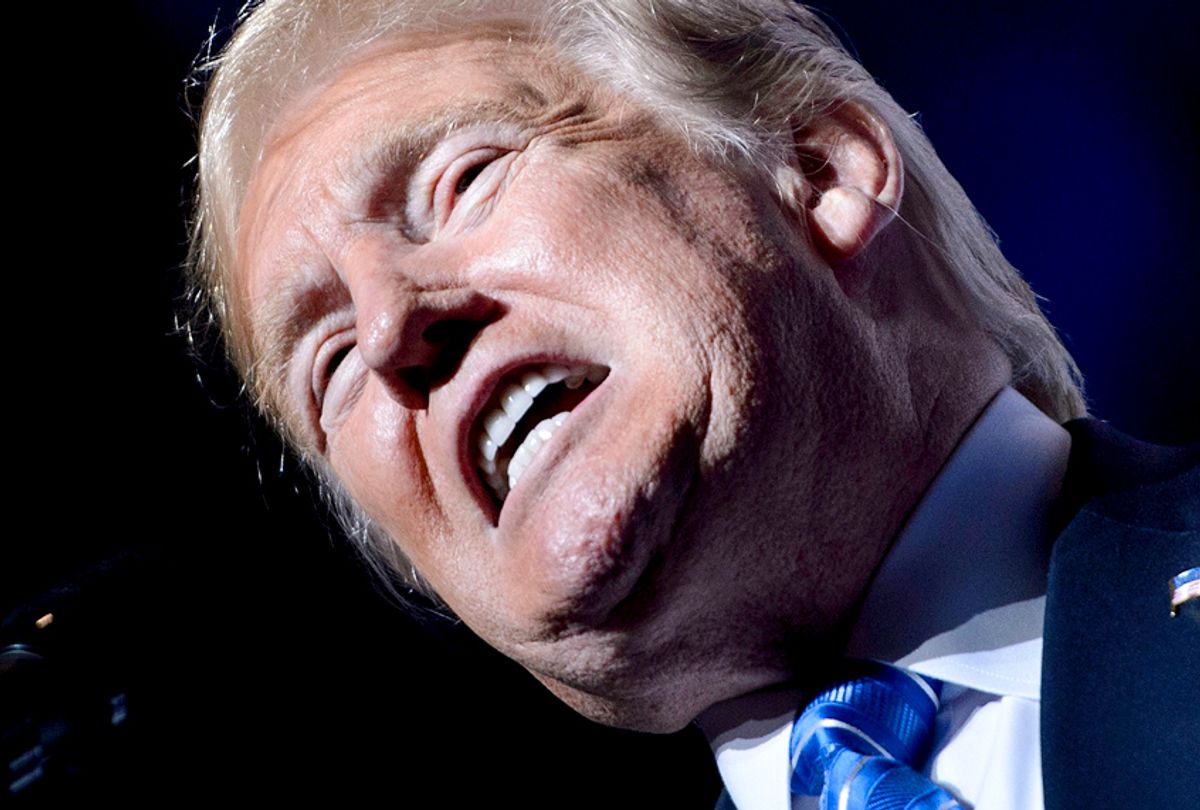 After 9/11/2001 the nation watched as the George W. Bush administration deployed specific language to justify the wars in Afghanistan and Iraq. During that time, the Bush team misrepresented, lied, obfuscated, named, renamed, refused to name, censored, and silenced to advance its agenda.

Recall, for example, the Abu Ghraib photo scandal which showed abuses of human rights perpetrated by U.S. military at a detention facility in Iraq. At that time Secretary of Defense Donald Rumsfeld and the rest of the Bush team simply refused to use the word “torture” to describe what was happening there.  Later, on a trip to visit the Abu Ghraib prison Rumsfeld christened a new complex on the grounds “Camp Redemption.”

Under Bush, prisoners of war were called “enemy combatants” to avoid holding to the Geneva Convention. This was also the time when the phrase “extraordinary rendition” popped into the English language to gloss over the practice of kidnapping and covertly delivering individuals to undisclosed sites to be tortured and interrogated. As Salman Rushdie wrote back in 2006, “Beyond any shadow of a doubt, the ugliest phrase to enter the English language last year was ‘extraordinary rendition’. To those of us who love words, this phrase's brutalisation of meaning is an infallible signal of its intent to deceive.”

I bring up this history because it helps offer a contrast to the way that language is changing under the presidency of Donald Trump.

Unlike Bush, Trump and his team are not laser-focused on using words at the service of advancing an unjustified war. Rather, language for them is part of their trompe l’oeil, perhaps more accurately their “Trump l’oeil.” They use words to create illusions, trick and deceive their listeners, reframe our perspective, fake us out. Their abuse of words creates an optical illusion of a world where what they do and say makes sense.

This is why so many mundane and ordinary words have changed under Trump. Words like “huge,” “great,” “fake,” even “America,” have been contaminated by Trump’s version of them. As The Washington Post noted, “beautiful” is one of President Trump’s favorite words. He’s used it at least over 2,500 times on Twitter and in speeches since he began running for office.

Then there is the time that Trump described himself as a “very stable genius,” damaging those words for any of us who valued either quality.

Beyond the misuse of everyday words are the odd, ungrammatical, incoherent examples. And then there are the insults from dog to little rocket man.  Or just mispronounced words like nipple for Nepal.

As Charles Blow writes, “Listening to Trump speak is a dizzying experience for anyone interested in candor, clarity or concision.”

One word Trump does not use is “weaponize.” That’s the word we use to talk about him and what he and his cronies are doing. A casual search of recent headlines will yield an astonishing amount of hits for the word “weaponize.”  The word is literally everywhere in the media and in everyday speech among Trump critics.

In one noteworthy example, Justice Elena Kagan in her dissenting opinion on a recent anti-union Supreme Court decision suggested that the conservative court was "weaponizing" the First Amendment.

And that leads me to the main argument I want to make here: Trump is not just using words to create an entire Trump l’oeil worldview; we, too, are changing the way we speak.  The word that best epitomizes those changes is “weaponize.”

“Weaponize” originated in our public discourse in the 1950s as a specific term in military jargon to refer to turning something into a weapon. It was not used figuratively then.

Today it is used almost exclusively that way.

What do we make of the fact that we use a military term so often out of context? In calling everything aggressive and violent, how do we both gloss over real violence and support it at the same time? As John Herman writes in a thoughtful study of the word, the contemporary overuse of the word “weaponize” “scrambles power in ways that tend to favor the actually violent.”

Even though, as Ben Zimmer points out for the Wall Street Journal, the rise of “weaponized” cannot be described as a specific response to Trump, there is little doubt that its incessant use today is a response to the impression that reality is being warped so severely under Trump that one has to insist on the violence of that process.  Certainly, the Trump administration has implemented its own violent policies. We may not have the Iraq war to contend with, but we do have daily assaults perpetrated by Trump’s team and its supporters on immigrants, the environment, human rights, even the press.

“Weaponize” pops up in the rhetoric of Trump supporters, too, even if he doesn’t use the word.  Hillary Clinton’s popular-vote victory has apparently been described as “weaponized” by the left. We should expect the word to appear more frequently from the pro-Trump side of the national narrative.

Salon executive editor Erin Keane pointed out in a piece almost two years old, published right before Trump's victory, that the word “weaponized” was being used by the right and the left. She noted that its use really kicked into high gear during the 2016 campaign. “Now everyone is potentially a threat, to be assessed as either ally or enemy and treated accordingly,” she wrote.  Keane described the way that “weaponize” suggested that literally “anyone with an identity, personality or opinion is armed and potentially dangerous.”  This is the moment when any contrarian political opinion began to feel like a violent threat.

There is logic to the rise of the term, then. We know that political clashes are at heart often aggressive. We know that rhetoric has intimate ties to physical violence. But there is also reason to be wary of the way that a word originating in military jargon can now be used to refer to a tweet. If “weaponize” is the word we use to describe hostile speech, what word do we use to describe armed neo-Nazi militias marching down the streets of Charlottesville?

Words matter.  We know this.  And yet, it becomes so easy to be lured into the misuse of them, the trendy repetition of them, clickbait habits, twists and turns, hyperbole and hype. We all, or almost all, fall for this. I know I’ve done it and likely will again.

The story of “weaponize,” though, is a cautionary tale, a tale of how an assault on nuance and meaning is contagious.  As Trump changes the meaning of “beautiful” so, too, do we change “weaponize.” He speaks of “huge” successes. We describe such claims as “weaponized.”

That process leads me back to the Bush era, to a time when the military was far less surreptitious in its designs and when the executive branch was deploying language as tactical support.  The assaults on language in the Bush era were almost all organized to justify an unjustifiable war. Weirdly, though, we didn’t describe that as weaponized rhetoric, even if it may have been appropriate to do so.

Back then we fought to sharpen our words, to name what had been covered up, to rescue the ties between words and things, to use words to make the violence visible. Back then we used words to get attention, but we didn’t favor using attention-getting words to do it.