Brett Kavanaugh's disturbing abortion history: He ruled against women who were forced to abort

In 2007, two disabled women complained about being forced to have abortions. Kavanaugh ruled against them 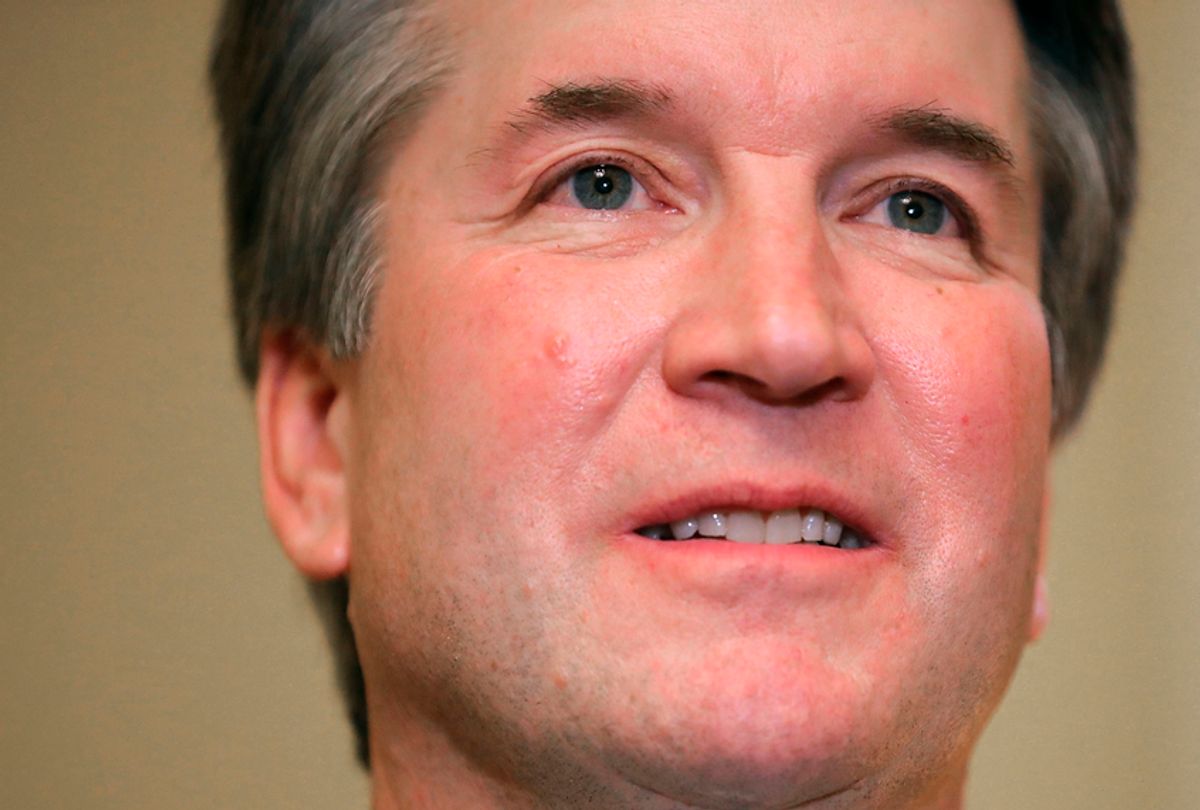 Much of the discourse around Brett Kavanaugh, Donald Trump's second nominee for the Supreme Court, has been focused around his attitudes on abortion. Anti-choice groups have been crowing that Kavanaugh has a "strong record of protecting life" and will uphold laws written "to protect unborn children." Trump himself promised, during the 2016 campaign, to appoint "pro-life judges." And while some conservatives, in a likely effort to bamboozle both the Senate and the public, have been pretending that Kavanaugh is a moderate when it comes to the abortion issue, both pro- and anti-choice activists seem to agree that Kavanaugh is a threat to a woman's right to choose to terminate her pregnancy.

"Choose" being the operative word here. In 2007, as an appellate judge in Washington, D.C., Kavanaugh was presented with an unusual case involving two women who had wanted to continue their pregnancies but had been forced to have abortions instead. They sued and Kavanaugh ruled against them, denying their claims that they had a right to be consulted about the decision to terminate their pregnancies.

Many Americans, probably most, understand the abortion debate to be about a struggle between the right of women to bodily autonomy and the "right to life" that anti-choicers claim embryos and fetuses have. In reality, as this case shows, the legal debate is really only about autonomy — so much so that an anti-choice judge like Kavanaugh ruled against women who wanted  to "choose life," as conservatives say, rather than allow them a greater measure of autonomy.

“Maybe this is an uncharitable interpretation, but it really makes it clear, in my mind, that the issue isn’t abortion. It’s about controlling people," Samantha Crane, legal director of the Autistic Self-Advocacy Network, told Salon.

The case is a complex one, but the basic story involved three women who received care from the District of Columbia Mental Retardation and Developmental Disabilities Administration. All three women had intellectual disabilities and had been determined legally incompetent. One woman had an elective eye surgery and two had abortions, all chosen for them without any consideration of their wishes. The women argued that they had a right to have their wishes considered, but Kavanaugh ruled against them.

“It’s startling to see a judge say that the expressed wishes of people with disabilities are wholly irrelevant," Jennifer Mathis, the deputy legal director the Bazelon Center of Mental Health Law, explained.

Legal standards regarding who is competent to make medical decisions for themselves are complicated and vary quite a bit from state to state. But Mathis said that even in states that have the fewest autonomy rights for people with certain disabilities, "most courts consider the person’s wishes," even if they may ultimately rule against them. Kavanaugh, however, "just rejected the notion that there was any reason at all" to ask the women in that case what they wanted.

Rebecca Cokley, director for disability policy at the Center for American Progress, said the disability rights community has been up in arms over this decision because of fears that protections established through the courts and from the Americans With Disabilities Act "could really and truly be put at risk under Judge Kavanaugh." She noted that he has a long history of rulings on issues like employment discrimination, education access and health care policy that all threaten the "the right to be able to choose for yourself what’s best for yourself."

This points toward the ironic reasons why a "pro-life" judge would, as Mathis put it, seem "untroubled by the idea that people with disabilities might be subjected to abortions that they didn’t want." The right to abortion is rooted in the right to bodily autonomy, so to help build the case against abortion rights, Kavanaugh had to rule against a woman's right to such autonomy — even if the women in this case wanted to choose not to have abortions.

At the time of that 2007 ruling, Kavanaugh was able to elide the direct issue of abortion rights by noting that, in the time since the women in that case had been forced to abort, the agency had updated its policy to exempt abortion from the list of procedures than could be forced on women. But the arguments he used in the case go directly after the constitutional rights that allow for women's reproductive freedom.

In his decision, Kavanaugh wrote that the right to be involved in their own medical decisions was not "deeply rooted in this Nation's history and tradition" and that "neither liberty nor justice" were imperiled by denying the women the right.

This is "very consistent" with what Kavanaugh has said elsewhere, said Amy Myrick, a staff attorney for the Center for Reproductive Rights.

Indeed, Kavanaugh used nearly the same language to denounce Roe v. Wade, calling that decision a "judicial creation of unenumerated rights that were not rooted in the nation’s history and tradition." Beneath the legalese, the point is largely to argue that the right to bodily autonomy established through a series of court decisions, including Roe, were illegitimate and not actually justified by the wording of the U.S. Constitution.

The Supreme Court has repeatedly upheld those rights, but, as this decision and his other public comments suggest, Kavanaugh does not agree with that history. So while anti-abortion activists talk a mean game about "life," the legal history here suggests the real target is bodily autonomy, especially for women.

For most women, that issue comes down to the right to say no to childbirth, both through the use of contraception — where Kavanaugh has also ruled in favor of laws and regulations restricting access — and through abortion. But for women with disabilities, the right to have children is also a concern.

Even today, Cokley said, "we consider parenting with a disability as taboo or something that is inherently dangerous." Cokley, who herself has a disability, said that after she had her second child, "I was literally lying on the operating room table when the anesthesiologist said to my ob-gyn, 'Well, while you’re down there, why don’t we tie her tubes?'"

“They talked about me as an object," she said.

“The history of disability rights has been marked by a long history of eugenics, and that history of eugenics intersects profoundly with a history of misogyny," Crane noted, pointing to the notorious 1927 case Buck v. Bell, in which a woman was declared "feeble-minded" — with lawyers using her alleged promiscuity as evidence for her mental incapacity — and was forcibly sterilized.

In recent decades, that case has been widely regarded as a low point in American jurisprudence, and anti-choicers have even tried to use the nefarious history of eugenics to stigmatize all use of contraception and abortion, deliberately conflating forced and voluntary fertility control. But Kavanaugh, who seems to have his eye on reversing decades of legal precedent that shore up the right to bodily autonomy, appears to be reaching for legal logic that reminds disability activists of the attitudes that led to eugenics in the first place.