Asia Argento's accuser speaks out: "I was ashamed and afraid to be part of the public narrative" 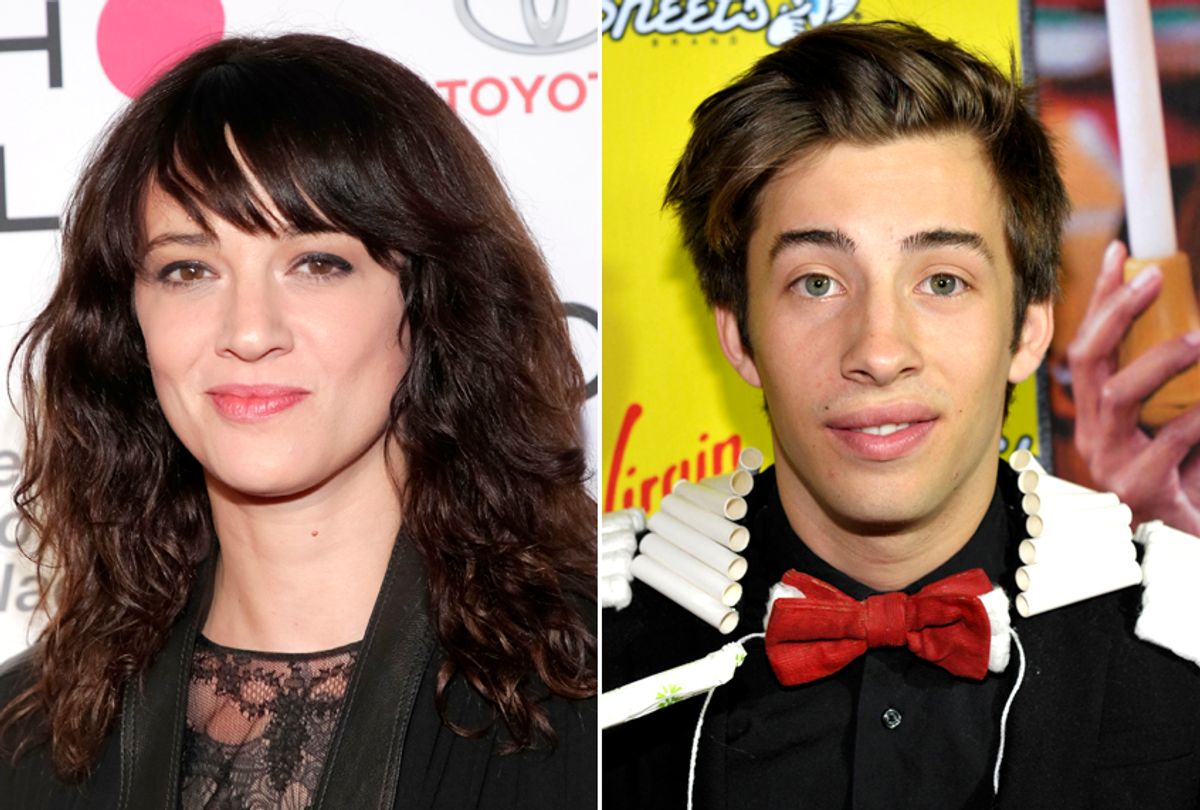 Jimmy Bennett, the actor who claims Asia Argento sexually assaulted him when he was 17, has spoken out for the first time since the allegations became public. In a new statement, Bennett says he was "ashamed and afraid" to come forward in a public way.

"I did not initially speak out about my story because I chose to handle it in private with the person who wronged me," Bennett, now 22, said Wednesday in a statement to The Hollywood Reporter. "My trauma resurfaced as she came out as a victim herself. I have not made a public statement in the past days and hours because I was ashamed and afraid to be part of the public narrative."

Bennett's statement arrives after Argento denied the claims in a statement of her own Tuesday, saying that she did not have any sexual relationship with Bennett and because of Bennett's "severe economic problems," he sought money from Argento and her boyfriend, Anthony Bourdain.

But Wednesday, TMZ published what it says are text messages written by Argento that appear to contradict her statement that she did not have sex with Bennett.

"I was underage when the event took place," Bennett's statement continued, "and I tried to seek justice in a way that made sense to me at the time because I was not ready to deal with the ramifications of my story becoming public. At the time I believed there was still a stigma to being in the situation as a male in our society. I didn't think that people would understand the event that took place from the eyes of a teenage boy."

The New York Times first published Bennett's accusation on Sunday: that Argento sexually assaulted him when he was 17 in a hotel room in California (the age of consent in the state is 18) and when Argento was 37. Bennett did not comment for the story. The Times obtained legal documents that revealed that Argento had quietly paid Bennett $380,000 over the span of a year-and-a-half as part of a settlement after Bennett's lawyers sent the Italian actress a notice of an intent to sue.

In the notice, which was sent a month after Argento's accusations against Harvey Weinstein were published in the New Yorker in Oct. 2017, Bennett's lawyers said seeing Argento cast as a victim of sexual assault reignited Bennett's own trauma from his alleged sexual assault.

In the Times' original report, the paper said it was sent a photo dated May 9, 2013, the day of the alleged sexual assault, that shows Argento and Bennett lying in bed. TMZ later published what it claims is that photo.

"I have had to overcome many adversities in my life, and this is another that I will deal with, in time," Bennett added in his statement. "I would like to move past this event in my life, and today I choose to move forward, no longer in silence."

Argento and Bennett co-starred in "The Heart is Deceitful Above All Things," playing mother and son in the 2004 film which Argento also wrote and directed.

The Los Angeles County Sheriff’s Department told The Hollywood Reporter that it "is aware of the media reports naming Asia Argento as being involved in an alleged 2013 incident" and "is attempting to reach out to the reported victim and/or his representatives in an effort to appropriately document any potential criminal allegations."

Tarana Burke discusses the movement she founded more than 10 years ago.