Jimmy Kimmel addresses late night in the era of Trump: "Some nights the news is too grim to ignore"

"I’m sure ABC would love it if my show appealed to everyone. But I don’t think that world exists anymore" 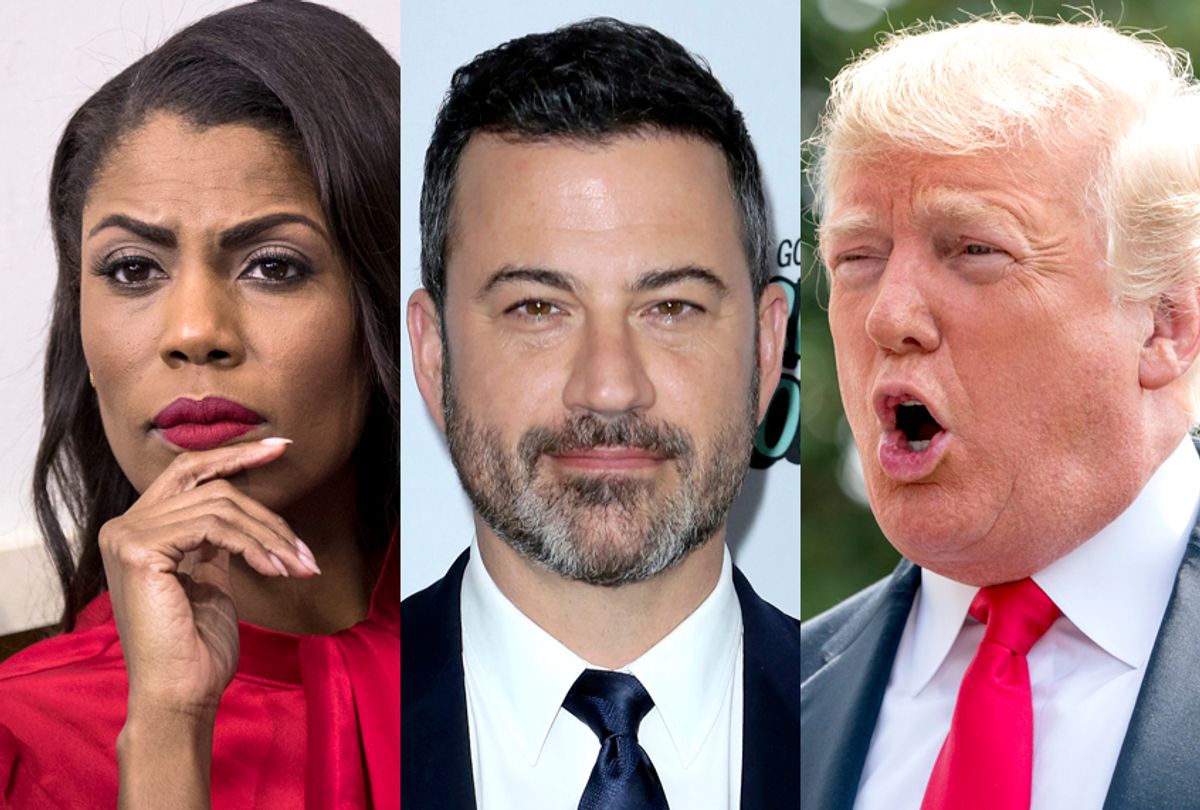 In a new interview with the Daily Beast, Jimmy Kimmel reflected on President Donald Trump and the climate of late-night under his administration. The narrative has long been that the majority of the most popular late-night hosts, from Kimmel to Stephen Colbert, to even Jimmy Fallon, have increasingly gotten more political since Trump became president. As Kimmel told the Beast, "Some nights the news is too grim to ignore."

"If there is anything good about Donald Trump, it’s that people are paying attention to what’s going on in the White House," the comic added. "And you can make jokes about subjects that people might not have been paying attention to when Obama was president or Bush was president. Because he is such a colorful character and there is so much attention put on everything he says and does. So that makes it ideal for comedy. You don’t have to set up the setup. I’ve always felt that my job, even during my radio days, is to talk about the events of the day."

Kimmel said he was not surprised to hear that Trump name-checked him, along with Colbert and Fallon, during a campaign rally in South Carolina in June. "You almost expect him to mention us once every two or three months," he said. "And it’s almost like we are among the characters in this story. Maybe when, hopefully America survives in the future and somebody makes an HBO miniseries about this time I would imagine that the impact of cable news and late-night television will play some minor role in that story."

Kimmel admitted he liked the controversy, however, describing himself as a "fighter" and attributing his eagerness to go up against powerful figures to his Italian blood and morning radio background. "When other people start something, it excites me. My wife jokes with me, 'I’ve never seen you more happy than when you get into one of these things,'" he said. "The adrenaline courses through my veins."

The ABC host is also keenly aware of the perils of his politically-infused comedy. But it is not an approach that Kimmel is interested in changing. "I’m sure ABC would love it if my show appealed to everyone," he said. "But I don’t think that world exists anymore. And I’m not comfortable in it. I don’t really see any other path. I also think one of the biggest mistakes you can make as a performer is trying to guess what your audience wants. I think you need to do what you think is right and hope that it works out."

Fourteen years ago, Manigault Newman had planned to appear on Kimmel's show following the first season of "The Apprentice." However, according to Kimmel, the reality TV star left the building before he could introduce her in fear that the late night host would subject her to a lie detector test.

Yes, what happened was, my Uncle Frank‍ lied about something. And I thought it would be funny to give him a fake lie detector test on the air, something that he thought was real. She saw the setup for the lie detector test and decided that we were going to spring it on her, which, if you know anything about taking a polygraph test, that’s not how it works. It takes a long time. There’s no ding and no buzz. It’s a chart that they analyze afterwards. So that was preposterous just to start with. But she stormed out of there and the show was live so we had no guest. I don’t remember what I talked about, I probably just talked about her the whole time. But she was very angry. And I remember thinking it’s better this way. I didn’t want to have her on the show. The woman — there’s clearly something wrong with her. And the fact that Donald Trump hired her is really all you need to know about that guy and his organization.

While Kimmel confirmed that there was never an intention to "pin her down and strap a lie detector on her body," he wonders what would have transpired had he done so. "If I had given her that lie detector test, who knows?" he said. "Gary Busey could be the president right now."