"It's pretty much the only thing I have in common with NFL players," Fallon said in his "Tonight Show" monologue 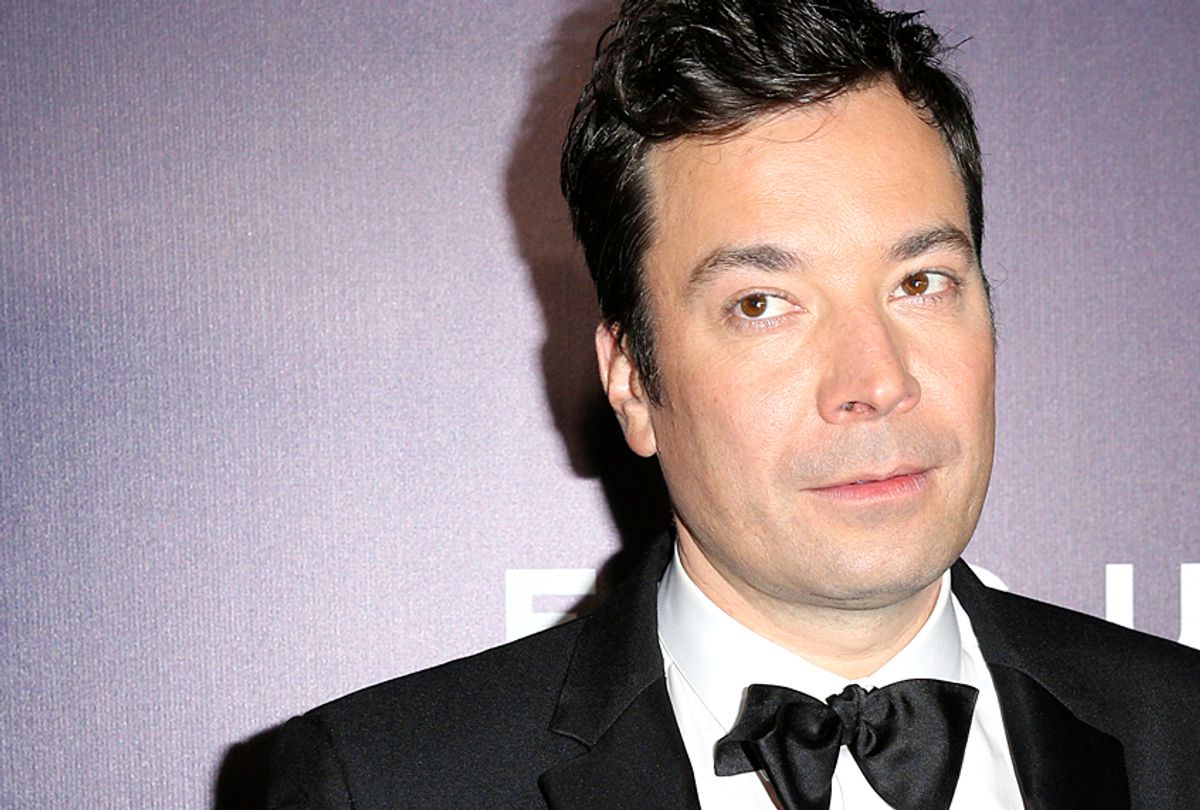 Jimmy Fallon wasn't done with President Donald Trump. Monday night on "The Tonight Show," he used his opening monologue to further respond to the president who criticized him via Twitter Sunday. Trump attacked Fallon after the late-night host did an interview with The Hollywood Reporter and expressed regret for ruffling Trump's hair during an interview two months before he was elected president, a move that many interpreted as the attempted normalization of a hateful and harmful candidate.

The president described Fallon as "now whimpering" because of the "hair show," and Trump added that "he seriously messed up my hair. . . be a man Jimmy!"

Throughout the segment, Fallon vacillated between humor and disbelief. "It's real," he added. "It's crazy the president went after me on Twitter. It's pretty much the only thing I have in common with NFL players."

Fallon reiterated that his real response came in the form of a donation in Trump's name to RAICES (Refugee and Immigrant Center for Education and Legal Services), an organization that provides low-cost or free legal services to immigrants and has been raising funds to reunite families separated at the border because of the Trump administration's policies.

"When Trump heard that, he was like, 'I love RAICES – they’re my favorite peanut butter cup.'" Fallon said, impersonating the president. "There’s no wrong way to eat a RAICES."

However, apparently, Trump wasn't done with Fallon either. During a campaign rally in South Carolina for Henry McMaster in which Trump was in attendance, he continued to rail into "The Tonight Show" host.

"Did you see Jimmy Fallon?" Trump asked. "He apologized for humanizing me. Poor guy, because now he’s going to lose all of us," the president said, referring to his supporters.

"If somebody would open a talk show at night, because the guy on CBS is — what a lowlife," Trump said, refusing to name Stephen Colbert. "Honestly, are these people funny? And I can laugh at myself. Frankly if I couldn’t I’d be in big trouble. But there’s no talent, they’re not, like, talented people." Fox News broadcasted the entire rally.

For the rest of Fallon's monologue, he talked about "real news."

"A new poll found that 58 percent of Americans think President Trump is intelligent," he said, somewhat in shock. "In response, Trump was like 'OK, what do the other 58 percent say?'"

Fallon continued to lean in to the jabs. "Today at the White House, Trump met with the king and queen of Jordan," he said, "which got awkward when Trump thanked the King of Jordan for giving us Michael."

And finally, Fallon ventured in to the Sarah Huckabee Sanders debacle and a restaurant in Virginia whose owner refused to serve her because of her complicity and collaboration with a dangerous administration. "White House Press Secretary Sarah Huckabee Sanders was kicked out of a restaurant," Fallon said. "It turns out the server asked her what she wanted as an appetizer and out of habit she refused to answer."