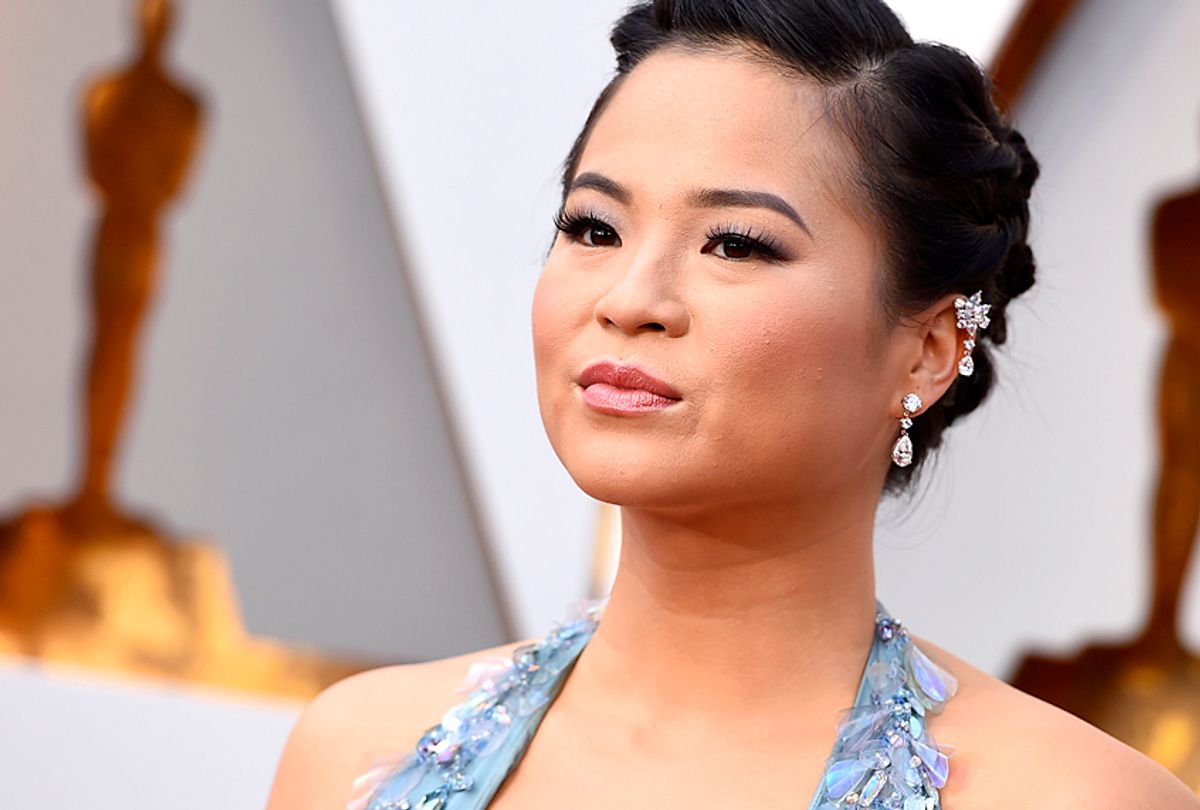 It was a relatively quiet summer for actress Kelly Marie Tran and her fans—until this week.

The 29-year-old actress penned an op-ed in The New York Times, which was published on Tuesday and quickly went viral, breaking her online silence since she ceased all operations on her Instagram account (without issuing a public statement) in June. As many suspected, Tran confirmed that her sudden digital disappearance was due to the insurmountable racist and sexist harassment she received online.

“It wasn’t their words, it’s that I started to believe them,” Tran wrote in the New York Times. “Their words seemed to confirm what growing up as a woman and a person of color already taught me: that I belonged in margins and spaces, valid only as a minor character in their lives and stories.”

Tran rose to fame at the end of 2017 as a break-out star of “Star Wars: The Last Jedi.” After a decade of trying to make it in Hollywood, she landed the role as Rose Tico — a dream for any aspiring actress. Unfortunately, a backlash of racist and sexist comments went hand in hand with her swift stardom.

As I argued in December, it was not just Tran’s race and gender that provoked the trolls to leave their internet caves, it likely also had to do with how her character is portrayed in the film. Rose Tico is not hypersexualized. Instead, she wears her hair pulled back and is modestly dressed. In other words, Rose Tico is not a character designed to to appeal primarily to the heterosexual male gaze. Studies have show that when a woman acts outside of gender stereotypes, she is more likely to be subjected to abuse and harassment.

At first Tran tried turn the abuse into something positive by hoping it could start a healthy dialogue around race, but six months later she hit the delete button on Instagram. And who could blame her?

“For months, I went down a spiral of self-hate, into the darkest recesses of my mind, places where I tore myself apart, where I put their words above my own self-worth,” Tran wrote. “And it was then that I realized I had been lied to. I had been brainwashed into believing that my existence was limited to the boundaries of another person’s approval.”

It is intrinsically human to be hurt by what people say about you on the internet—especially in the year 2018, when internet is practically unavoidable and professionally indispensable, particularly for public figures. While conventional wisdom on anonymous bullying says simply to ignore hurtful comments, that is not the most realistic or effective strategy in a world where humans are attached to their phones and a rash of abusive notifications can pop up any time.

According to a 2017 report by Pew Research Center, an estimated four in 10 Americans have experienced online harassment, and 62 percent consider it a major problem. The same report cite that women are twice as likely as men to say they have been targeted as a result of their gender. The odds are higher for women of color.

Sameer Hinduja, co-director of the Cyberbullying Research Center and professor of criminology at Florida Atlantic University, told Salon that voluntary withdrawal from social media — whether you're a celebrity or not — is an option to consider, despite the constant pressure many feel professionally to be visible online.

"If social media is deeply affecting your emotions and health in negative ways, it appears wise to take a major step back and consider whether you're in too deep. Sometimes, during certain tenuous seasons of life it's hard to compartmentalize and insulate yourself from the words and actions of people who want to bring you down," said Hinduja. "Kelly is rediscovering herself, her identity, and her sources of strength and stability, and likely wants to fully carve that out before opening herself up again on social media."

"Personally, I feel everyone periodically should take stock of their mental and emotional well-being (as it relates to their social media use) and intentionally make decisions to recalibrate as necessary if the negatives outweigh the positives," he added. "To be sure, such self-reflection is hard to do, especially when checking in and interacting on social media is a huge part of our lives every single day."

Decisions about how much to invest in social media — both in terms of emotion and time — are personal, but increasingly users are calling on the companies that run the platforms to do more to ensure their users' safety, too. The major platforms have responded, taking more active roles this year in addressing their users' complaints about online bullying and trolling. In May, I wrote about the new tech strategies Twitter and Instagram rolled out to fight abuse and harassment on their platforms:

“We want to take the burden of the work off the people receiving the abuse or the harassment,” Dorsey told reporters, via Reuters. He said previous efforts to combat abuse “felt like Whac-A-Mole.”

Twitter is following suit of Instagram, the Facebook-owned company that announced in early May a new initiative to protect its users from cyberbullying. While Instagram previously filtered offensive comments, particularly those aimed at “at-risk groups,” the new filter hides comments that attack a person’s appearance, character, well-being or health.

“The bullying filter is on for our global community and can be disabled in the Comment Controls center in the app,” Kevin Systrom, Co-Founder and CEO wrote in a blog post.  “The new filter will also alert us to repeated problems so we can take action.”

But automated systems and filters won't catch everything — dedicated trolls can figure out how to skirt the rules through technicalities. Facebook and Instagram have grown their safety and security teams, with thousands of content reviewers available to review potentially abusive posts in more than 50 languages.

In response to Tran's experience, an Instagram spokesperson told Salon, "At Instagram and Facebook, we do not allow bullying. We encourage people who use our platforms to report offensive or hurtful content, including bullying comments, to us so we can review and take action."

"Any form of online abuse on our platforms runs completely counter to the culture we’re invested in, buildings places where people feel safe and comfortable sharing their lives," the spokesperson said.