"The Happytime Murders": A sad excuse for grown-up comedy

"The Happytime Murders" had a lot of potential, but the jokes were uninspired and simply not funny 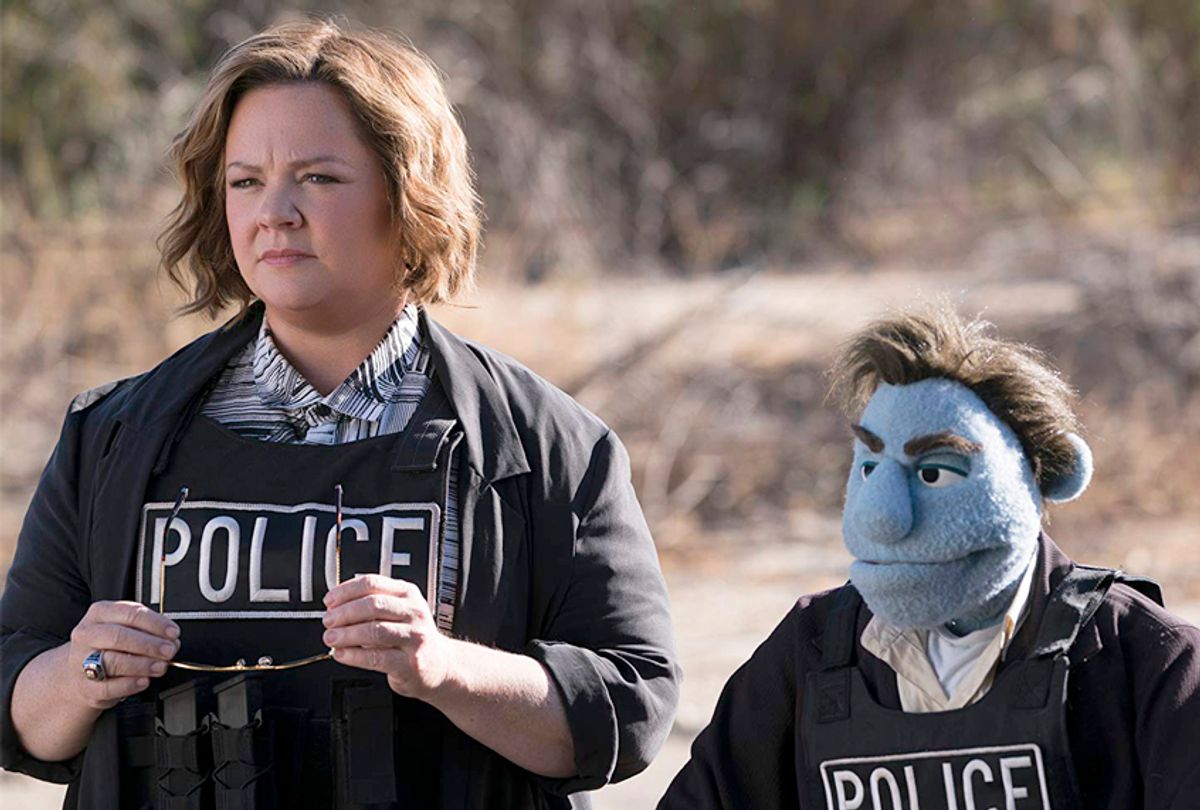 "The Happytime Murders" presents me with a dilemma. Do I trust my own judgment, or do I adjust my assessment on the reactions of the audience members who watched the film with me?

I can't think of any movie in which there has been such a disconnect between my reactions and those of my fellow patrons in the dark theater. Because the screening was held at Movie Tavern, a chain that allows audience members to dine and drink in the auditorium, I suspect the readily available alcohol might have played a role in prompting easy laughs. Or perhaps this is simply proof that shock humor and gross-out gags, no matter how trite, still have their eager fans.

All I know for sure is that, while I didn't hate "The Happytime Murders," I went into the theater as a Melissa McCarthy fan looking forward to laughs, but for me they never materialized.

The story is stripped down and basic: "Who Framed Roger Rabbit?" as an adult comedy with puppets instead of cartoons. In this universe, as in the one from "Roger Rabbit," the traditionally kid-friendly characters (cartoons in the former, puppets in the latter) are supposed to be real living creatures — and an oppressed minority to boot. Our protagonist is Phil Phillips (voiced by puppeteer Bill Barretta), a down-on-his-luck private investigator who was kicked off of the police force after a shootout went south. When his brother Larry (voiced by puppeteer Victor Yerrid), an actor from a predominantly puppet '80s sitcom named "The Happytime Gang," is brutally murdered, Phillips is hired as a consultant for his ex-partner Detective Connie Edwards (Melissa McCarthy) in order to solve what appears to be a murder spree targeting former "Happytime Gang" cast members, including Phillips' former flame Jenny (Elizabeth Banks).

That's pretty much it in terms of the story. Because this is a parody of hard-boiled crime dramas, there are the inevitable subplots about estranged former partners who need to overcome their differences, the secretary who secretly loves the PI (Maya Rudolph), the sultry seductress who needs the PI's help (puppeteer Dorien Davies, respectively), and the two law enforcement officers who have to supervise the ex-cop even though one hates him (Joel McHale) while the other secretly believes he's still got what it takes to be good at his erstwhile job (Leslie David Baker).

These are well-worn cliches, although that isn't in and of itself a problem. Good parodies rely on taking familiar tropes and then finding a comic spin on them. The problem with "The Happytime Murders" is that the comedy it utilizes is just as overdone as the type of story it's spoofing. The gags fall into three basic categories:

1. There are jokes that are "funny" because they insert puppets into situations where we don't normally expect to see them. For instance, when you see puppets as prostitutes asking potential johns if they're interested in having a fun night or as mobsters talking in generic tough guy lingo, that's supposed to be humorous because we're not accustomed to seeing Henson-esque muppets behave that way. The film was directed by Brian Henson, son of the legendary Jim Henson, and was produced by The Jim Henson Company's mature banner Henson Alternative. The Muppet influence is obvious in the character designs, but juxtaposing Muppets with adult situations is not in and of itself funny. There needs to be a cleverness to it, and that is simply lacking here.

2. There is the insult comedy from Melissa McCarthy, which comes closest to being actually funny. I'll admit that I smiled at a well-timed cameo from her real-life husband Ben Falcone, and her grouchy-but-sweet demeanor is always endearing. In this particular project, however, none of it caused me to laugh, although her shtick definitely provided the movie with its high points.

3. There is gross-out humor. Lots and lots of gross-out humor. And while I am certainly not one to sneer at gross-out jokes ("Dumb and Dumber" and the "Harold and Kumar" series are guilty pleasures), gross-out jokes work when they are crafted with wit, deft timing and the capacity to effectively incorporate them into the flow of a narrative. Simply showing the audience that puppets in this universe have pubic hair, semen and kinky fetishes is not inherently funny — although it was the gross-out humor that was responsible for about 90 percent of the laughter from the audience at the screening I attended.

A comparison deserves to be made here between "Happytime Murders" and another pop culture artifact that utilized Muppet-like characters, the hit Broadway show "Avenue Q." Unlike "Happytime Murders," "Avenue Q" used its puppets-as-oppressed-group premise to make some intelligent observations about real-world prejudices. It also struck a strong balance between jokes that poked fun at the absurdity of a world in which puppets mix with humans and jokes that addressed adult problems in a way that wouldn't have been out of place in an entirely flesh-and-blood comedy.

"Avenue Q" worked, in other words, because it didn't view "adult comedy" as simply meaning "a comedy in which we makes jokes that would never be allowed in kiddie fare." It actually spoke to adult issues and used that, along with well-crafted grown up humor, in order to make its audience laugh. "Happytime Murders," by contrast, seems like the kind of comedy that kids trying to act like adults would come up with if they had a sugar rush and a $40 million budget.

So do I recommend "Happytime Murders"? For those expecting the edgy subversiveness of "Avenue Q" or transcendent moments of "Who Framed Roger Rabbit?", no. If all you're looking for are the kinds of lame yuks that are produced by lesser "Family Guy" episodes, however, it'll probably suit you fine. Yet when a movie is made by the same studio that gave us "Sesame Street," it isn't unreasonable to hope for something that is better than borderline passable. This isn't to say that I expected it to be "Sesame Street," of course; merely that I hoped it would be as good for adults as "Sesame Street" is for children.

As things stand, I must say this: "Happytime Murders," I've been on "Sesame Street." I know Elmo. Cookie Monster is a friend of mine.

Why "Jurassic World: Fallen Kingdom" is a great movie.