Markley’s aim and effort with “Ohio” is important and ambitious, but contempt and condescension ruin it 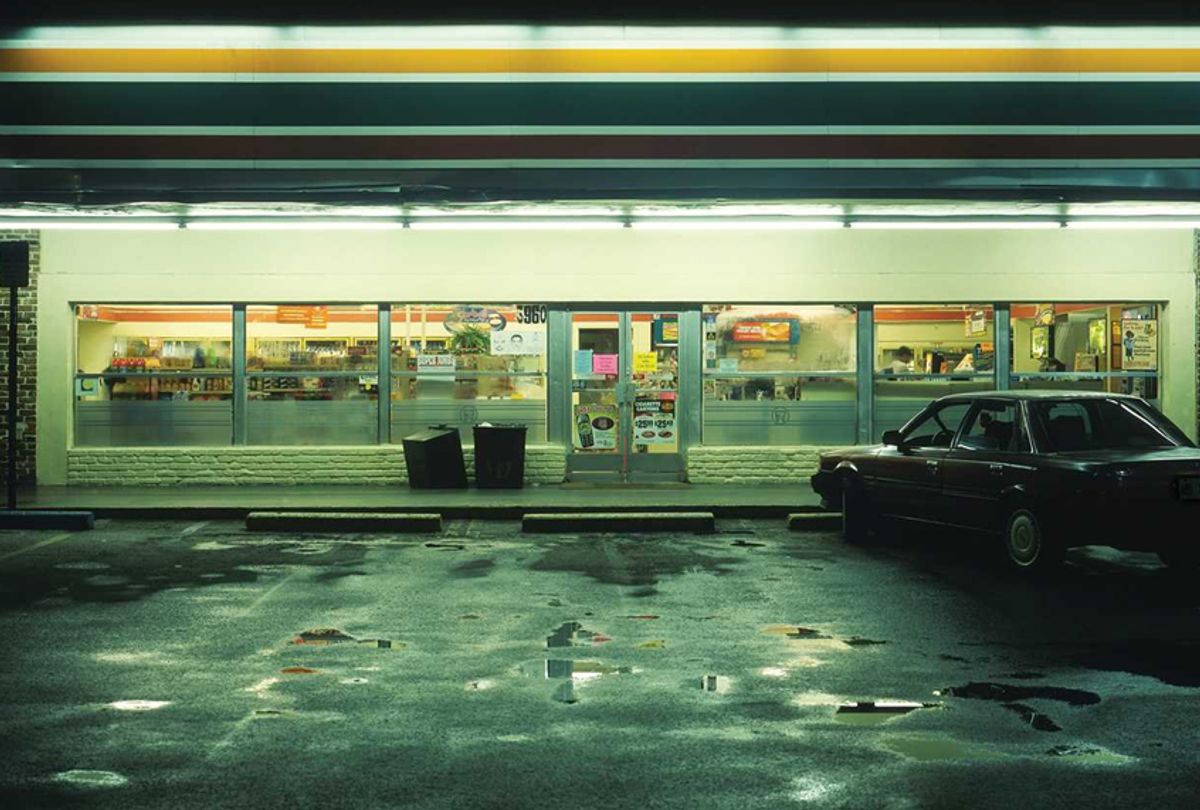 “Ohio,” the debut novel by Stephen Markley, might as well have a picture of Trump’s gruesome face on the cover. Set in a blown out, working class town in Ohio – the fictional New Canaan – it is the literary version of the countless and redundant reports that major newspapers competed to run in the months subsequent to Trump’s presidential victory. New Canaan was once a thriving community of middle class stability, familial bonds and neighborhood solidarity, but as its manufacturing base crumbled, with company after company moving operations overseas or automating production, so too did the small town’s quality of life perish. Its beleaguered inhabitants are now universally miserable. They are diabetic, nicotine addicted, and enraged over their empty pockets and the burial of their loved ones who died in Iraq and Afghanistan.

“Ohio’s” story develops over the course of one summer night in 2013, with plenty of flashbacks to happier days, and it is likely that Markley began writing it before November of 2016. It seemingly aspires to become a fictional analog to J.D. Vance’s controversial memoir “Hillbilly Elegy” — a big book that can explain “what the fuck happened to this country,” to borrow words from the blurb that Charles Bock provides.

The similarities of the two books converge at points beyond intention and promotional angle but also in a thinly — or, in Markley’s case, barely — concealed contempt for their subjects. It is a massive failure of both writers that their books, while aiming to incite outrage over the conditions of poor rural people, would only inspire indifference from any reasonable reader. “These people deserve what they get,” is the wrong but natural reaction to “Hillbilly Elegy” as Vance accuses his former friends and neighbors of “spending their way into he poorhouse” and refusing to adapt to modernity. Since New Canaan and its characters are fictional, the response is even harsher. By the book’s conclusion, I would not have cared if the entire town blew up.

“Ohio,” unlike “Hillbilly Elegy,” reaches to the grand heights of literary art, meaning that the criteria for its judgment will differ from that which readers can use to evaluate a work of political commentary and social criticism. First and foremost, does “Ohio” work as a story?

The novel is divided into four sections, each featuring one of the four major characters as a narrator. It keeps a pleasant pace and makes for breezy reading, even if the length, given that all the characters are unlikeable, becomes cumbersome at nearly 500 pages.

Markley first introduces readers to Bill, a left-wing antiwar and anti-capitalist activist whose vulgarity and inhumanity make him seem like he emerged out of the imagination of Sean Hannity rather than that of a novelist attempting to provide a complex delineation of political argument in provincial America.

Bill is a drug-addled loser — an unkind word that actually applies in this case since Bill essentially boasts about his refusal to do anything productive. He also refuses to attend the funeral of his boyhood friend who died wearing the Army uniform in Iraq. When people challenge Bill on his heartless obstinance, he rambles borderline incoherent, dorm room bromides about how the memorial is actually a “celebration of imperialism.” Bill’s language is bizarrely and bemusedly contradictory. For most of his episode, he speaks in an endless stream of obscenities but will occasionally drop a chestnut phrase like “Liberals are the Harvard grads interested in diversifying the plutocracy.”

These attempts at political profundity fall flat, and while one should never read a novel through a lens of priggishness, the constancy of crude jokes, scatological references and “shock jock” banter undermines the seriousness of the subject matter. Many men in small, Midwest towns are vulgar, but they are not cartoons out of Mike Judge’s sketch pad. The lack of nuance and subtlety becomes a burden that “Ohio” cannot bear. It becomes backbreakingly onerous in Bill’s episode and never relents.

Political evaluations of art are typically calculated in error, but one also has to wonder why Markley, whose politics are firmly on the left, chose to make the only leftist in the book so utterly reprehensible. The good news, as far as politics goes, is that Markley is a misanthropic equal offender. With possibly one exception, no one’s humanity survives the merciless “Ohio” depiction.

The dead veteran is a mindless, gung-ho patriot. Tina, a Walmart employee who suffered sexual assault as a teenager, has taken a predictably vigilante turn, revealing a transformation from victim to offender; innocent to psychotic deviant. Even the minor characters in the book — friends of the narrators, parents, a drug dealer who spends time with Bill — are empty of any redeeming qualities. The closest thing to an exception is Stacey Moore, a doctoral student who is desperate to reunite with a female lover she had a clandestine affair with in her amorous teenage years.

There is a one short passage in Stacey’s section in which she enjoys a chance encounter with Mr. Clifton, a kind and dedicated high school teacher. They sit down for drinks in a bar, enjoy each others’ company, and discuss the differences separating their lives when she was his student, and now — separating New Canaan, then and now. It demonstrates that there are people in small towns worthy of sympathy and that not every New Canaan — whether in Ohio or Indiana, the state where I live — is a monolith of crudity, bitterness, failure and hatred. The worst and best people I’ve ever known are from the small town where I grew up. Most Americans would probably make a similar declaration, whether they claim New York or Mayberry as hometown. Markley never provides readers with this variety, however, except for the one brief interlude with Stacey and her former teacher.

In a flash, the moment of relief ends, and we are instantly transported back into hell with a passage about a successful musician who arose out of New Canaan to stardom only to die of an overdose, and memories of Stacey’s peers telling her that she will receive an eternal sentence of damnation for her homosexuality.

Small towns in the Midwest, as I have written several articles recalling and explaining, are regularly guilty of racism, homophobia and the particularly fatal strain of ignorance that spreads in a closed mind. (Major cities, as anyone with even a modicum of historical knowledge is aware, are not altogether different. America’s current president, a native of New York City, is a good example.)

The persecution complex that the white working class often adopts, along with its joyous zeal in violating the boundaries of civility in the name of “political incorrectness,” is particularly loathsome. Towns like the one where I live, and the real life New Canaans, are also full of wonderful people — people who struggle to establish lives of decency and dignity while raising their children and trying to demonstrate kindness and generosity to their neighbors.

A novelist does not have the obligation to accurately portray all of the complexities and contradictions of any particular community, but a novel that purports to “explain what happened” to America does have a need to give a humanely rich and varied perspective of people and their lives.

During an interview about “Ohio,” Stephen Markley claims as partial inspiration the Bruce Springsteen masterpiece, “Darkness On the Edge of Town.” The attempt at a Springsteen kinship is made even more obvious by the name Markley gives one of his characters, Dan Eaton, the same name as a character in the Springsteen song “Youngstown.” He might want to listen more closely to those records because Springsteen, while never a delusional optimist or a naïve idealist, is, in the words of Desmond Tutu, a “prisoner of hope.”

Nowhere in “Ohio” is there the defiance and pride of “Badlands” or the aggression and rebellion of “Prove It All Night” or the combative faith of “The Promised Land” or even the sad search for redemption in “Racing in the Street.”

It is likely that many novels and films will follow the “Ohio” formula as Americans scramble to dissect Trump’s frightening rise to power and decipher the decline of the United States. They will all remain small and small-minded — nothing more than fictionalized and cinematic versions of "Hillbilly Elegy" — if their creators do not have the courage to risk what John Irving called “the slur of sentimentality.”

In his assessment of Charles Dickens, Irving wrote, “It seems that what we applaud in Dickens--his kindness, his generosity, his belief in our dignity — is also what we condemn him for (under another name) in the off-Christmas season. The other name is sentimentality — and, to the modern reader, too often when a writer risks being sentimental, the writer is already guilty. But as a writer it is cowardly to so fear sentimentality that one avoids it altogether.”

Irving concluded with what amounts to a brutal warning, “When we writers — in our own work — escape the slur of sentimentality, we should ask ourselves if what we are doing matters.”

Art that can only ridicule, condemn and accuse but that can never affirm the human spirit, will not matter.

Markley’s aim and effort with “Ohio” is important and ambitious. He clearly aspires to depict the cruelty that is abundant, and often dominant, in American life. The failure of humanism to ever take root in American politics has created a country where families must choose between medicine or bankruptcy, mass shootings are a national routine and many states annually construct more prisons than schools.

The novel self-destructs, despite its good intentions, because by showing nothing but contempt and condescension toward its characters, and toward New Canaan and the countless towns it represents, it becomes what it despises: Just another exercise of American cruelty.