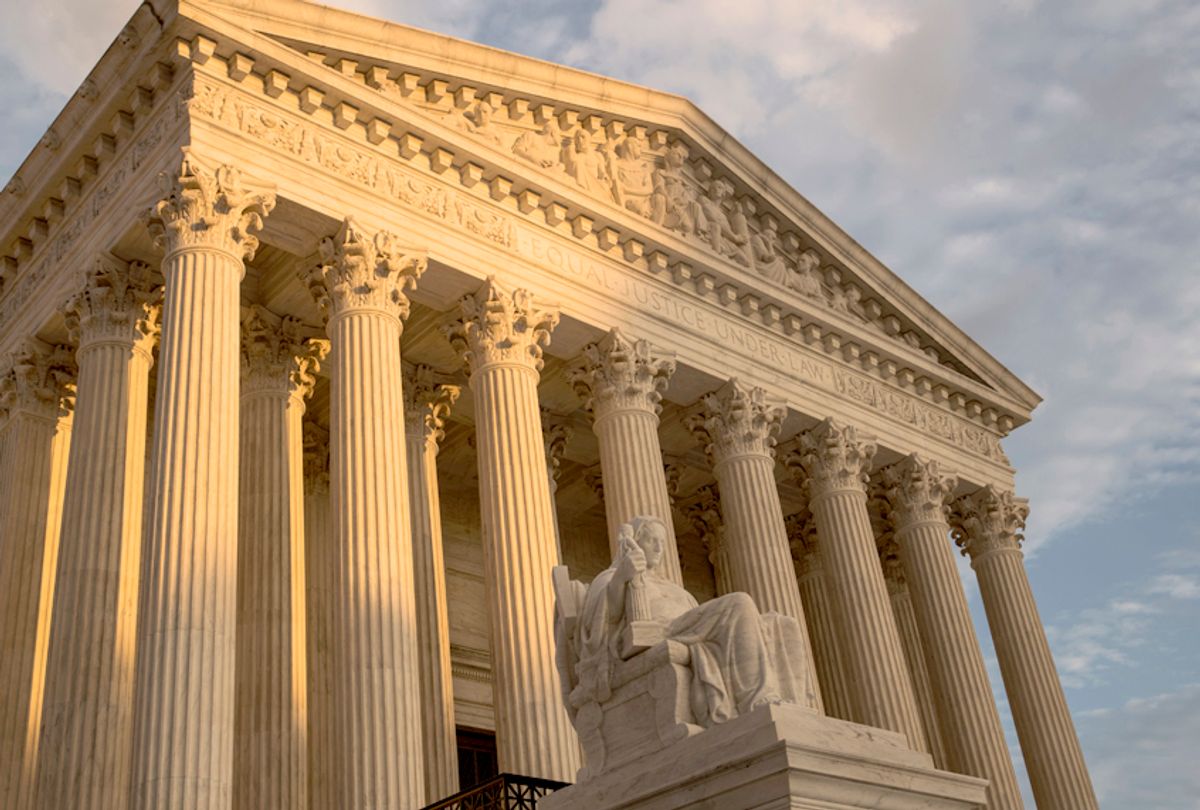 A panel of three federal judges have ruled that North Carolina's gerrymandered congressional districts are so partisan as to be unconstitutional — and their decision could force the state to redraw its district boundaries before the midterm elections are held in November.

The underlying issue is the fact that the congressional districts drawn up in North Carolina were blatantly designed to provide Republican candidates with an unfair advantage over Democratic candidates, according to The Washington Post. During the 2016 elections, for example, Republican candidates won 10 of the state's congressional seats compared to only 3 for Democrats, even though their total of the state vote was only 53 percent.

"I think electing Republicans is better than electing Democrats. So I drew this map to help foster what I think is better for the country," Rep. David Lewis, a Republican member of the North Carolina General Assembly, told fellow legislators when passing the bill in 2016.

Judge James A. Wynn Jr. of the U.S. Court of Appeals for the 4th Circuit wrote Monday on behalf of the panel that using this type of partisan reasoning in drawing up congressional districts went against the intent of the founding fathers.

"A common thread runs through the restrictions on state election regulations imposed by Article I, the First Amendment, and the Equal Protection Clause: the Constitution does not allow elected officials to enact laws that distort the marketplace of political ideas so as to intentionally favor certain political beliefs, parties, or candidates and disfavor others," Wynn argued.

"For the better part of a decade, Republicans have deprived the people of North Carolina the right to representation consistent with their desires and the opportunity to fairly choose their Members of Congress," Holder wrote in a statement. "Now that a federal court has - once again - told Republican legislators that their gerrymandered maps are unconstitutional, this shameful era should finally come to an end. Why are Republicans afraid of the voters they claim they want to represent? Fairness, not partisanship, should control the process of redistricting."

David Daley, the former editor in chief of Salon.com and the author of "Ratf**ked: The True Story Behind the Secret Plan to Steal America's Democracy," explained where things can go from here.

"It will certainly reach the Supreme Court but the outcomes are completely up in the air because the Supreme Court only has eight members right now," Daley told Salon. "Republicans in North Carolina will ask the US Supreme Court to stay this decision. However, you need five votes for a stay and it's unclear as to whether there are five votes on the bench right now that will grant that."

Daley also predicted that, if the state is redistricted before the November elections, it could be pivotal in determining whether Democrats retake the House of Representatives.

"North Carolina's congressional delegation is currently 10 Republicans and three Democrats, and Democrats have not flipped a single seat blue in North Carolina in 2012, 2014 or 2016," Daley explained. "The maps, in all their variations this decade, have been solid for the Republicans. So while there are a couple of seats that folks have considered newly competitive in 2018, those seats remained uphill battles for the Democrats. If the Democrats were able to get new maps in North Carolina that actually reflected the partisan balance and competitive balance of that fairly purple state, it would probably be a 7-6 delegation one way or the other. So that suddenly puts an additional three seats, perhaps, in play for the Democrats that they would be unlikely to win otherwise. Three seats could well make the difference when it comes to control of the House."

He added, "By every indication, this is going to be a very tight battle, and every election is going to count."

Thoughts on the 2018 midterm elections