The Year of the Woman in electoral politics? Maybe so — but not for Republicans

Record numbers of women are running in 2018, but the number of Republican women in office will probably decline 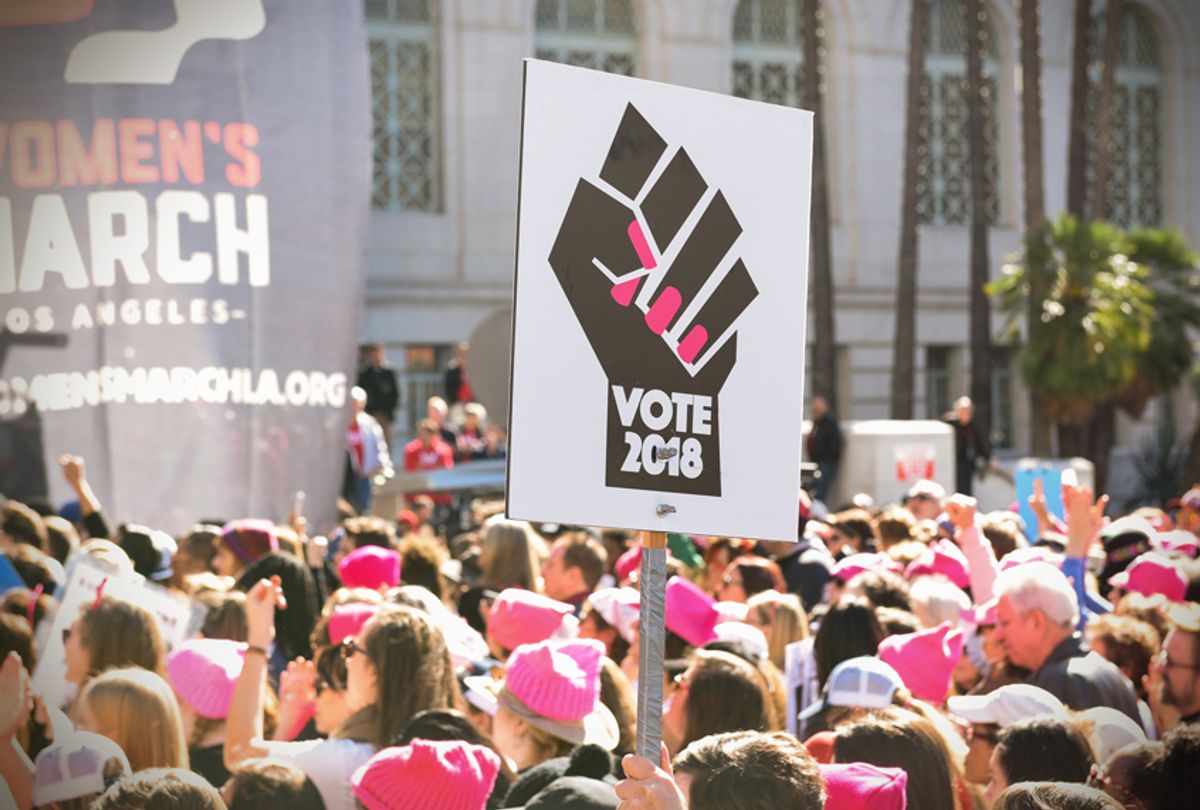 The consensus is quickly forming that 2018 is "The Year of the Woman," with a record number of women running for office and, so far, winning primary elections. It's true that male candidates still drastically outnumber female candidates, and we still have a long way to go before we can even contemplate the possibility of gender parity in government. But there's also hope that this surge of women running for office, inspired both by the hope provided by Hillary Clinton and the rage provided by Donald Trump, can help normalize the idea of the female politician and encourage even further gains in the future.

But, as The Hill reported on Monday, any gains made by women electorally will be almost entirely on the Democratic side of the aisle. Despite what reporters Melanie Zanona and Juliegrace Brufke characterized as "an aggressive recruitment push" to get more Republican women to run, the reality is that Republicans will end up with the same number of women in their congressional caucus as they have now, and quite possibly fewer.

This isn't because Republican women are less likely to get votes than their male counterparts, Debbie Walsh, director of the Center for American Women and Politics (CAWP), told Salon. The problem on the GOP side lies "in women actually filing for office."

"On the Republican side, there’s talk" about diversity, Walsh continued. But she added that "there just have not been the resources for Republican women running that there has been for Democratic women."

In terms of resources, of course, one major difference is the existence of Emily's List, a powerful and well-financed PAC that has been supporting pro-choice Democratic women for decades.

"The number of Democratic women we've seen step up to run – and so far, win – since 2016 proves that we're changing the face of our government for years to come," Kristen Hernandez, the campaign communications manager for Emily's List, told Salon. She added that the group made this multi-decade commitment "because we know that with more pro-choice Democratic women in office at every level that we get better policy outcomes for women and families."

This year's discrepancies might be in part because Republican women know "that this is a bad year" to run as Republicans, Walsh said. But she largely believes that the lack of long-term financial commitment to identifying and empowering women to run is a bigger part of the story.

“The thing we have seen over the last 40 years or 50 years is that changing the political landscape comes in large part when there are active interventions of some kind," she explained. "It doesn’t just happen that people give up power."

After all, Emily's List, behemoth that it is, still hasn't been able to get anything close to parity on the Democratic side of the aisle. Republican women make up less than 10 percent of their caucus in the House, for instance, but even among the Democrats, women still only make up 32 percent of their congressional caucus.

But that just underlines the point: Getting women to some semblance of equal representation will take decades of hard work and requires undoing all manner of social and institutional roadblocks. While Democrats are highly imperfect on that score, they show real interest in engaging that project. Republicans seem incapable of more than short-lived, ineffective efforts at recruitment.

Part of the problem, Walsh said, is ideological. Democrats believe "there is value added by having diversity, not just for the sake of having diversity in voices and faces in the Democratic caucus" but because "substantively there’s a reason for it."

This difference shows up in polling data. A June poll from NBC News and the Wall Street Journal shows that 87 percent of Democrats agree that the country would be better off with more women in office, while only 49 percent of Republicans share that view.

Zanona and Brufke say this difference is because Republicans "don’t tend to subscribe to identity politics in the same way that Democrats do." That analysis falls flat in the face of Donald Trump, who spends most of his public speeches race-baiting about black celebrities and Latino immigrants. He has put white identity — and an exclusionary version that rejects diversity — at the center of his campaign strategy.

It's hard to deny, as Walsh puts it, that "there’s a cultural conservatism that may be more resistant to women’s leadership" and that no doubt inhibits many conservative women from running in the first place.

Hernandez was even blunter, saying that "their party" -- the Republicans -- "has continued to advocate for policies that would reverse the progress that we have made and bring women backward." That makes it especially difficult, she argues, for Republicans both to attract female voters and aggressively recruit female candidates.

This suggests that while Republican voters aren't entirely opposed to casting their ballot for a woman, if they face a straight-up choice between a man and a woman, they tend to pick the man. The opposite, at least in our post-Trump world, appears to be true of Democrats.

While many people will shrug and note that's just the nature of our partisan politics, Walsh sees a problem with this major — and likely growing — gender gap between the parties.

"The reality is that for women to gain political parity, it cannot just happen on the back of one of the two parties," she said. Even if half the Democrats in Congress are women, that won't mean that half of Congress is made up of women. "Both parties have to step up."