Time's Up has called on Gov. Cuomo to open a probe into reports that a Weinstein sexual assault case was mishandled 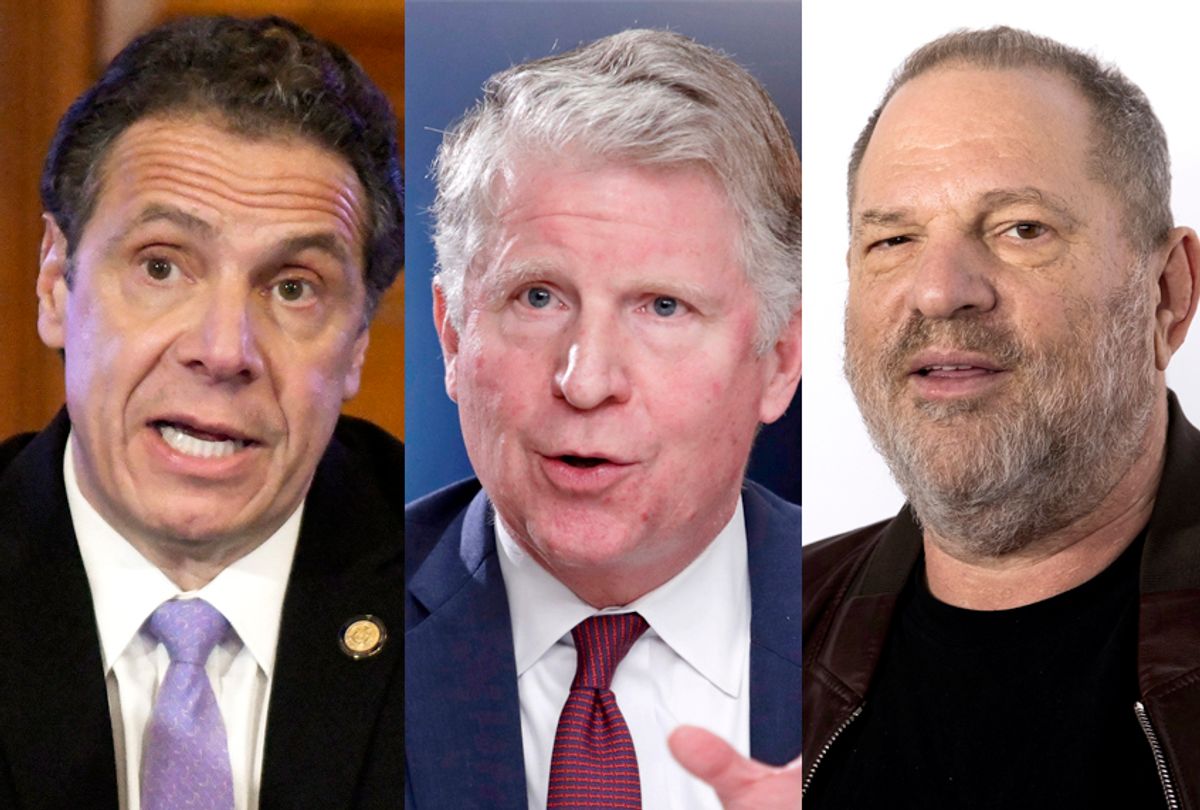 The contribution came from the New York firm Boies, Schiller & Flexner, and was dated June 20, 2018, according to a new report from Capital & Main and Sludge.

Less than a week later, Cuomo instructed the New York attorney general's office to halt its investigation into whether Manhattan District Attorney Cy Vance Jr. mishandled 2015 allegations of sexual misconduct against Weinstein, according to Buzzfeed News.

The lawyer David Boies donated $10,000 to the Manhattan District Attorney's campaign fund in the months after Vance's office decided not to prosecute Weinstein over sexual assault allegations, according to the International Business Times. In addition, Boies and his law firm have given Cuomo's gubernatorial campaigns more than $245,000 since 2009, Capital & Maine and Sludge reports.

The governor's office confirmed that the investigation had been suspended in a statement to Buzzfeed News. "As we said when the Governor directed the Attorney General to investigate the Manhattan DA's Office, it should not interfere with the DA's ongoing criminal case," Cuomo's press secretary Dani Lever told the outlet. "Given the recent indictment and prosecution of Harvey Weinstein by the district attorney, the attorney general's investigation has been postponed for six months."

Time's Up — the legal defense fund launched this year aimed at combatting sexual harassment in the entertainment industry — has called on Cuomo to open an investigation into reports that Vance mishandled a Weinstein sexual assault case.

On Wednesday, Cuomo will face off against Emmy and Tony-winning actress Cynthia Nixon for the only televised primary debate ahead of New York's Democratic primary election on Sept. 13.

The two Democrats are already battling – over the temperature of the room. Cuomo prefers chilly rooms, while Nixon is demanding that the room be 76 degrees, according to the New York Times,

Nixon and her team have stepped forward to demand that the debate hall at Hofstra University on Long Island not be like "an ice rink." In an email, Nixon's spokesperson said that working conditions are "notoriously sexist when it comes to room temperature, so we just want to make sure we’re all on the same page here."

"This time we were finally given the opportunity to debate but only by his rules, including no handshake," she added. (Cuomo was only willing to participate in one debate and will not shake Nixon's hand.)

According to The Times, Nixon's campaign has not had the money to purchase TV ads and so "the debate likely offers her biggest audience yet — but with the tough challenge of both proving her qualifications as a first-time candidate and knocking Mr. Cuomo on his heels."