Trump warned that Democrats would "overturn everything that we've done, and they'll do it quickly and violently" 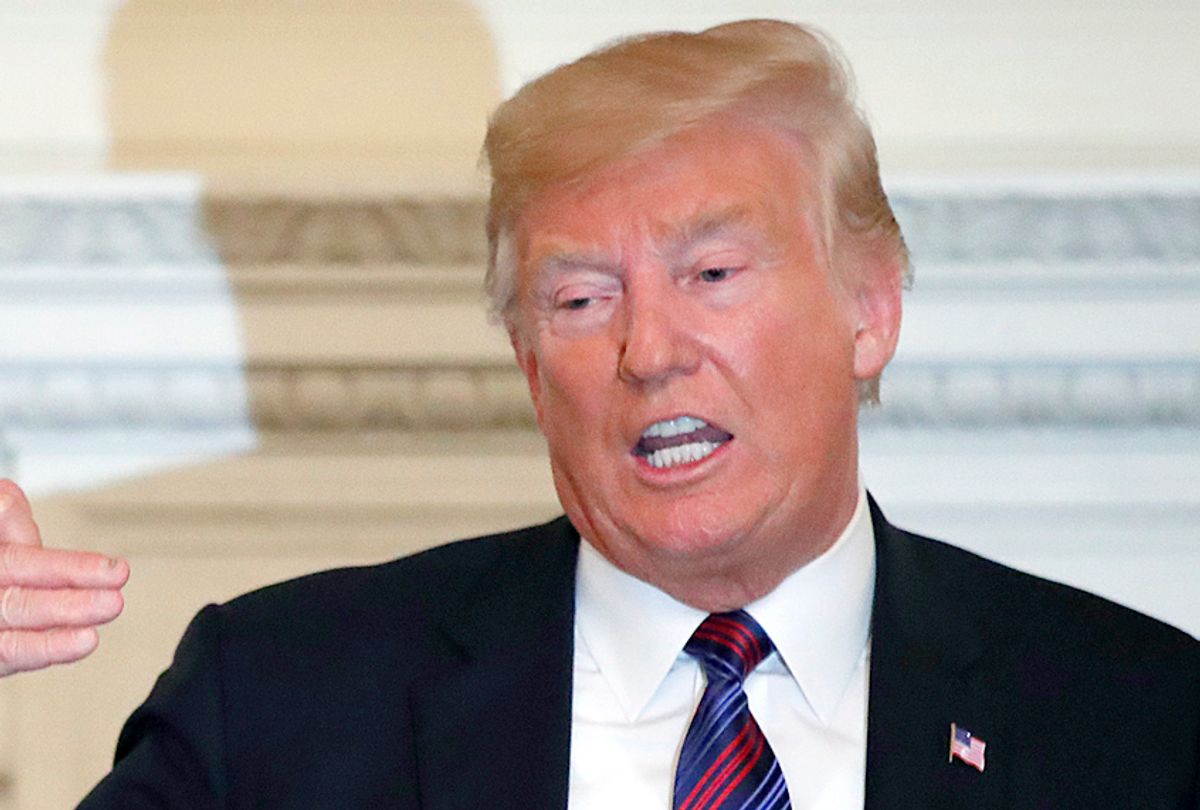 President Donald Trump warned evangelical leaders this week that Democrats would "overturn everything that we've done, and they'll do it quickly and violently" if Republicans lose control of Congress in the midterm elections in November.

Speaking to a group of ministers and pastors Monday evening in the State Dining Room of the White House, the president painted a striking image of what could happen if Republicans lose control of the House and Senate this fall, according to a recording of his comments provided to The New York Times by an event attendee.

"They will end everything immediately," Trump said. "When you look at antifa," he added, referring to the anti-fascist movement that describes radical, left-leaning militant groups, "and you look at some of these groups, these are violent people."

The president's comment are reminiscent of his remarks following the white supremacist riot last year in Charlottesville, Virginia, in which he placed "blame on both sides." Trump also leveraged the threat of violence during the 2016 presidential campaign when he said that his supporters would likely act violently if he did not earn the Republican Party's nomination. "I think you'd have riots," he said at the time.

On Monday, Trump also warned the gathering of Christian leaders that his conservative base might not turn out at the polls in big numbers for Republican congressional candidates because he is not on the ballot in November.

According to the Times, reporters were allowed to listen in on brief comments made by Trump during Monday's meeting with ministers and pastors, over the course of which he also talked about abortion, religious freedom and youth unemployment. After the press was shown out of the room, Trump reportedly changed the subject, suggesting that evangelical leaders could help Republicans come out on top in November.

FiveThirtyEight's most recent estimate of the race for Congress shows that Democrats have a slight national advantage over Republicans – 48.7 to 39.4 percent.