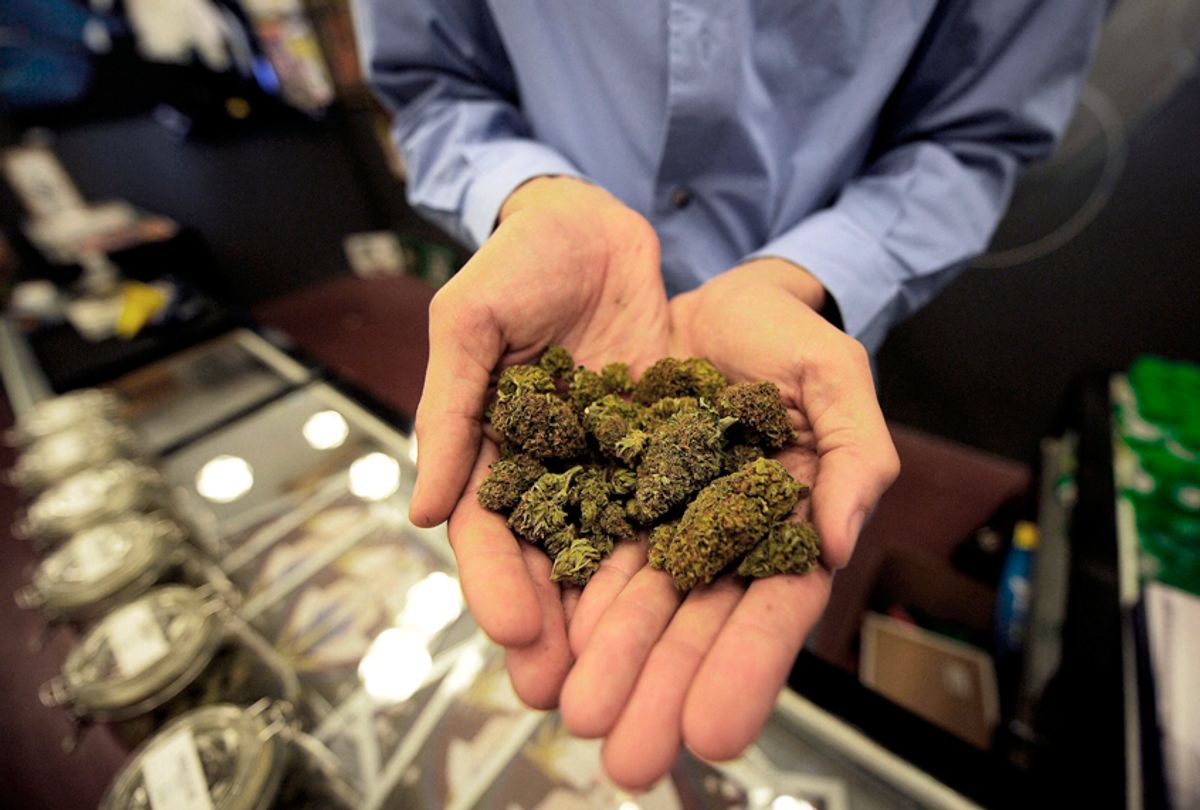 New documents reveal that, despite President Donald Trump saying in June that he would support a bipartisan bill which would allow states that have legalized marijuana to continue doing so without the US government getting in the way, the Trump administration very much plans on waging a campaign against the popular drug.

The White House has created a Marijuana Policy Coordination Committee, which consists of various committees in the federal government that are meant to come up with ways to turn public opinion against marijuana consumption and disparage state laws that have legalized the drug, according to a report by BuzzFeed News. The committee ordered the Drug Enforcement Administration and 14 other federal agencies to submit "data demonstrating the most significant negative trends" so that the administration can underscore the "threats" that the plant poses to the United States, as BuzzFeed News reported:

“The prevailing marijuana narrative in the U.S. is partial, one-sided, and inaccurate,” says a summary of a July 27 meeting of the White House and nine departments. In a follow-up memo, which provided guidance for responses from federal agencies, White House officials told department officials, “Departments should provide … the most significant data demonstrating negative trends, with a statement describing the implications of such trends.”

The report also found that, in a summary of the meeting, an administration official wrote that "staff believe that if the administration is to turn the tide on increasing marijuana use there is an urgent need to message the facts about the negative impacts of marijuana use, production, and trafficking on national health, safety, and security."

But Aaron Smith, executive director of the National Cannabis Industry Association, said “The directives given to this committee are biased, unscientific, and fly in the face of statements made by the President during his campaign and up to the present that he supports allowing states to determine their own marijuana policies without federal interference.”

One of the biggest opponents of marijuana legalization in the Trump administration has long been Attorney General Jeff Sessions, who during a Senate drug hearing in April 2016 said that "we need grown-ups in charge in Washington to say marijuana is not the kind of thing that ought to be legalized, it ought not to be minimized, that it’s in fact a very real danger," according to The Washington Post. Sessions also argued at the time that government officials needed to spread "knowledge that this drug is dangerous, you cannot play with it, it is not funny, it’s not something to laugh about . . . and to send that message with clarity that good people don’t smoke marijuana."