Weed-killing robots use fewer pesticides on farms and food 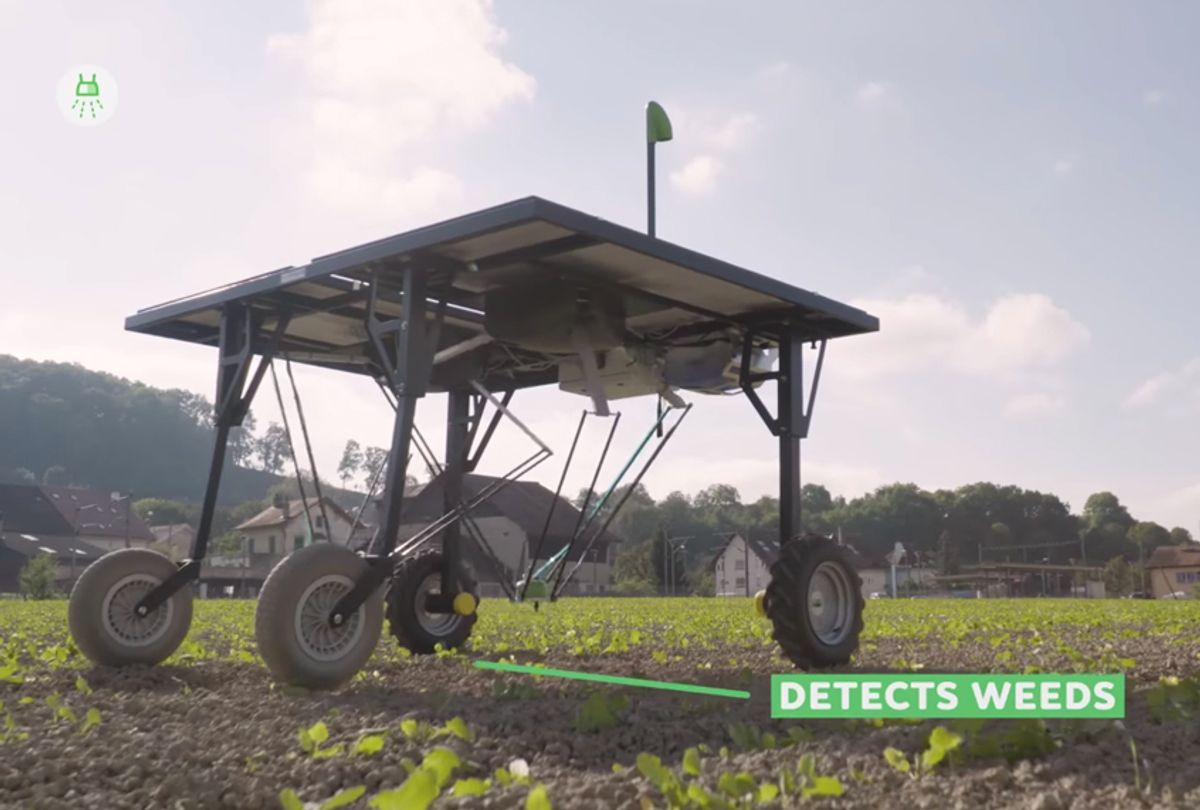 AgTech — the technology used to run the agricultural space — is booming. Investments in AgriFood tech startups globally raised $10.1 billion in 2017, according to AGFunder, which tracks funding and deals. Israel alone has around 460 AgTech startups and raised $80 million for them in the first six months of last year.

Automation isn't unknown in the agricultural space. Nursery planting and crop seeding — two big pieces of farm work — already have innovative companies heading them such as HETO Agrotechnics and Precision Planting. But the heavy use of pesticides is getting attention from innovators eager to tighten the spigot on how many chemicals are sprayed. The latest now include weed-killing smart robots, helping farmers improve the way we safely grow crops.

How to spray fewer pesticides

EcoRobotix, a Swiss company, is one of the front runners of the movement, a company that claims its weeding robots spray 20 times less herbicide than traditional methods, and can work 12 hours a day without human interaction.

The ecoRobotix robot looks a bit like the Mars rover — small and solar powered, but with grocery cart wheels and a flat bed back. The autonomous bot is also super lightweight — weighing in at only 130 kilograms, the ecoRobotix is designed so it won't pack down the soil or ruin the land. It'll also be 30 percent less expensive than usual treatments, the company claims, and of course, the entire robot is smartphone controlled.

Another smart AgTech developer is Blue River Technology — similar to ecoRobotix — which has a 'See & Spray' technology that analyzes which parts of the land need herbicide, so an entire field doesn't need spraying. Blue River claims on its web site that $25 billion is spent every year on three billion pounds of herbicides in an attempt to control and curb 250 species of herbicide-resistant weeds.

Targeting just weeds, and using the right herbicides for the right invasive plant, Blue River believes it can reduce 90 percent of the herbicides used today.

Other companies definitely see the potential in this rising technology. Back in 2017, Deere & Co., home of the famous tractors you see everywhere, acquired Blue River for $305 milliona move that cemented how important this entire industry could become to the agricultural market.

Additionally, The University of Sydney is building their own empire of smart agricultural robots within ACFR — the Australian Center for Field Robots with rather unwieldy names from now including the Robot for Intelligent Perception and Precision Application (RIPPA) and the Variable Injection Intelligent Precision Applicator (VIIPA), respectively. The two robots work together to boost vegetables crops — trying to increase yield — and to also be more precise in how much pesticide is sprayed in an area.

Aside from herbicide and pesticide spraying, there are a bunch of other practical applications of smart technology within the agricultural sector. Nursery planting and crop seeding — two big pieces of farm work — already have innovative companies heading them such as HETO Agrotechnics and Precision Planting.

With AgTech startups seeing a 29 percent leap in investments in 2017, companies focused on finding smart ways to help us grow the food we eat are likely to continue to flourish.