"Confidence is overrated": Why the first step to success isn't believing in yourself 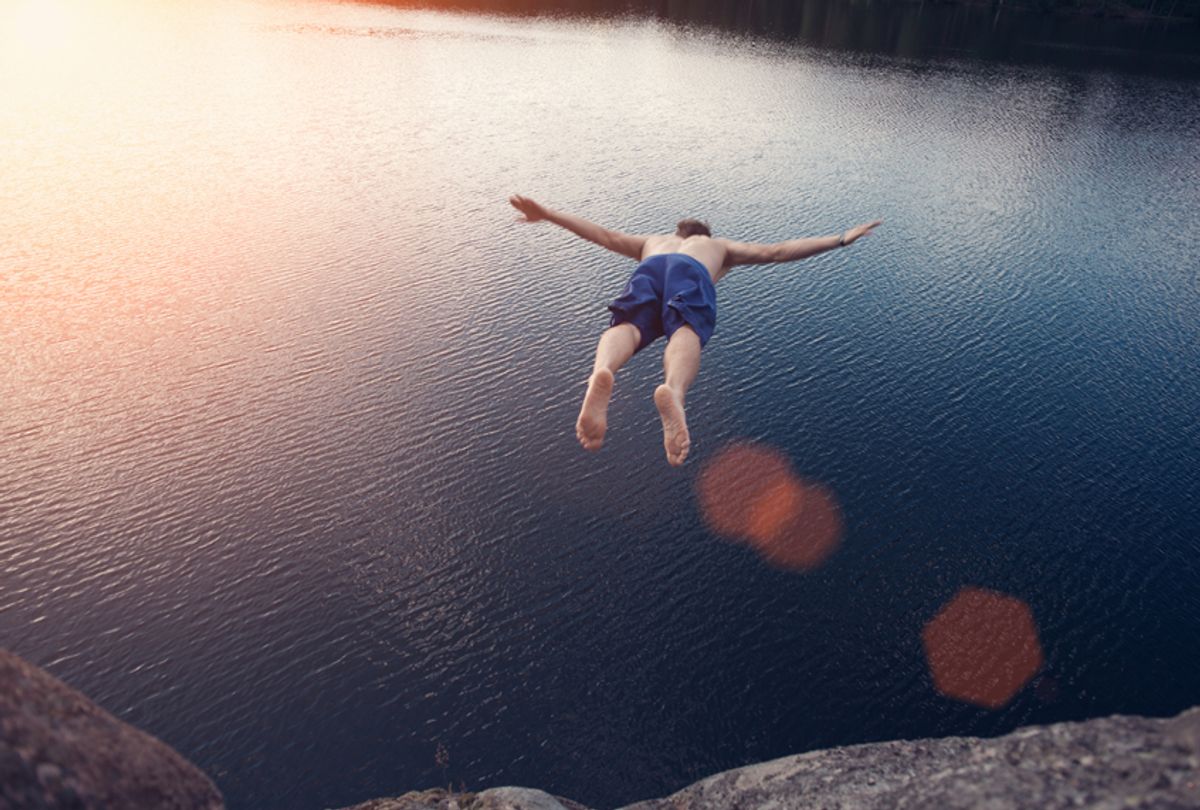 As the chair and co-founder of the first graduate program in Branding at School of Visual Arts, Debbie Millman often sees her students struggling with a crisis in confidence. “They’re all thinking about what isn’t possible,” she says, “before they even try to consider what is possible. And any life that you want, if you don’t think that you deserve it, it makes it a lot harder to achieve it.”

Millman experience her own self-doubt early on in her career. “When I graduated college in 1983, I didn’t think I could do anything,” she says. “I wanted to do a million things. I really, really did but I didn’t feel smart enough, pretty enough, thin enough, talented enough, networked enough.”

She struggled financially as well and could only see the limitations in her life. “I had no sense of what was possible,” she says. “In fact, I only thought about what was impossible before I even considered whether it was possible.”

Since she sees herself in her student, she has the perfect advice for them. “Understanding what you do or don’t deserve,” says Millman, “or what you are or aren’t worth, or what you can or cannot make, is, in my estimation, the biggest barrier to being able to design or create anything for yourself. If there is anything that I can teach my students now it’s that you don’t need the confidence to try to do something. You just need the courage to take the first step. Confidence is overrated. What is much more important is the courage to take the first step. Confidence comes with the repeated success of any endeavor. Courage is the birthplace of confidence.”

And even after Millman had the courage to try a million things, she failed. “For most of my twenties and thirties,” she says, “I was so ashamed of my failures. I have so much empathy now for that sense of shame that people have.  And because I was able to get over that shame, I just want people to understand, if they can, that those feelings don’t last forever. No feeling lasts forever. That’s the interesting thing about being human: we metabolize our feelings really quickly.”

When Millman achieved immense success as the President of the Design Division of Sterling Brands, she embarked on the unknown with a podcast.

“If I had to tell you one common denominator, one theme that has been consistent for my entire life, and in many ways still is,” says Millman, “it’s taking me a long time to do what I’ve done and I’m still seeking and searching and longing and making and all of the things that’s required to have a creative life.”

To hear how Debbie Millman turned constraints into opportunities and turned multiple rejections in to continued successes, as well as becoming a podcasting sensation, listen to Episode Two of "Design The Life You Love."

Debbie Millman is the host and creator of the podcast “Design Matters,” which she founded in 2005 and is now considered “the first and longest running podcast about design.” Before launching her show, she was the President of the Design Division of Sterling Brands, working with such illustrious brands as Pepsi and Campbell’s. Millman’s career advice for anyone at any stage in their career is to have the courage to try and fail.

"Design The Life You Love" is a podcast series hosted by renowned designer Ayse Birsel that explores the idea and practice of designing your life. Subscribe on RadioPublic, iTunes, Stitcher or wherever you get your podcasts.

Ayse Birsel is the Co-founder and Creative Director of Birsel + Seck, the award-winning design and innovation studio working with Herman Miller, GE, Colgate-Palmolive, IKEA and Toyota, among others. The New York-based designer is the creator of "Design the Life You Love," a book and coursework that teaches designers and non-designers how to create a meaningful life using her design process, Deconstruction:Reconstruction™.