“The more you think about it, the more Kellyanne Conway makes some sense,” analyst John Heilemann says 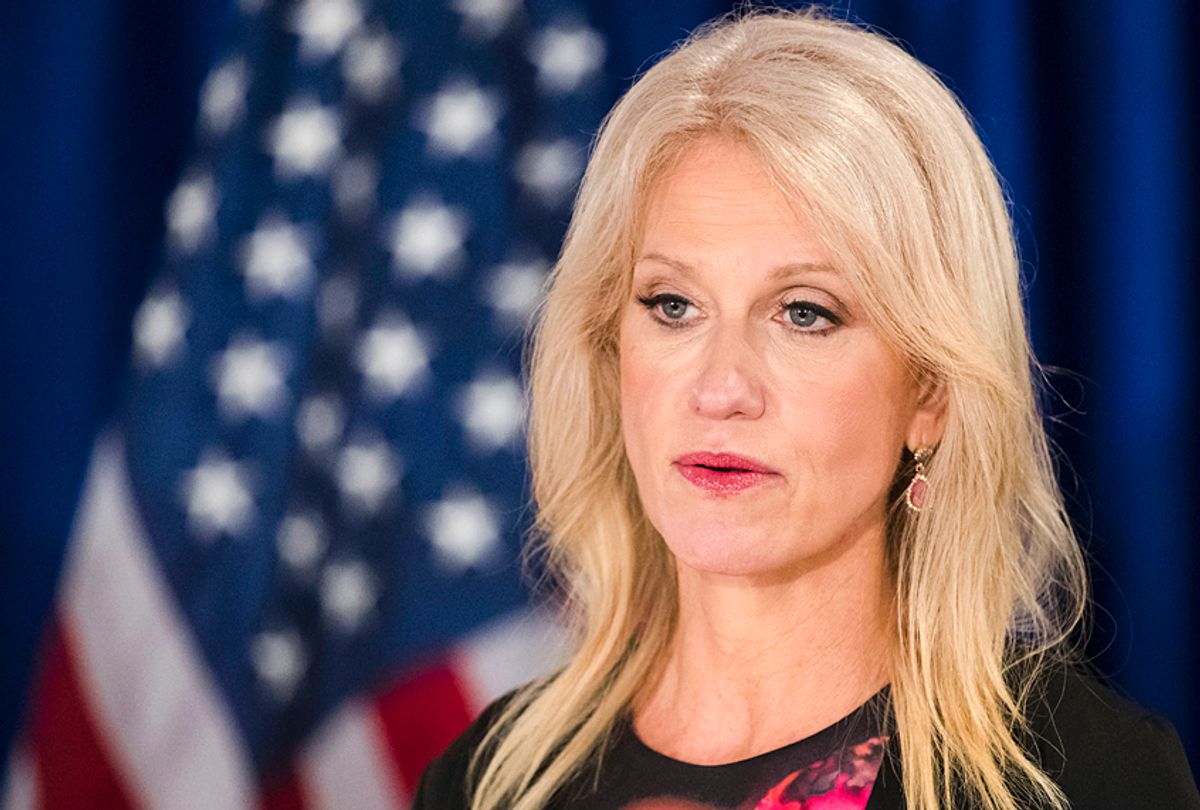 Panelists on MSNBC’s “Morning Joe” identified a suspect as the possible author of an anonymous New York Times op-ed exposing a constitutional crisis behind the scenes in the White House.

Analyst John Heilemann pointed to a column by Esquire‘s Charles Pierce, whose wife noticed some telling details in the extraordinary op-ed

“Credit where credit is due,” Heilemann said. “Charlie Pierce on Esquire.com yesterday, he suggested his wife, who is probably very perspicacious, she detected a feminine tone in the op-ed, and she suggested it was Kellyanne Conway, and I had not even contemplated that.”

Heilemann said he had first suspected Dan Coats, the director of national intelligence, but found himself persuaded by the theory laid out by Pierce.

“The more you think about it, the more Kellyanne Conway makes some sense,” Heilemann said. “She’s very cagey, she’s the kind of person who would find out that Mike Pence used the word ‘lodestar’ a lot and put it in to try to pin it on Mike Pence.”

“If you think about the double act doing with her husband, trying to set herself up to the be Carville and Matalin of the future, this is a good hedge against Trump failing,” he added. “She would be the kind of person who would want to come out after Trump failed and say, ‘You know what? I was working on the inside the whole time.'”

Host Joe Scarborough said they had seen Conway distance herself from Trump early on, while she was serving as his campaign manager.

“At the end of the campaign she would, in the green room, around the set, talk about how she couldn’t wait for the campaign to be over, this was like her summer abroad,” Scarborough said.

Contributor Donny Deutsch recalled a broadcast from Florida, when Conway used similar language to the op-ed to describe the campaign.

“In Daytona Beach, I was doing the show with you that day, we were on the break,” Deutsch said. “I said, ‘What are you doing?’ She said, ‘It’s like vacation at Daytona Beach, it’s like being on the beach with all the kids, that’s how crazy this is.'”

Deutsch said there were plenty of clues that Conway was the author.

“Who is cunning and clever enough to use the word, a Pence word, to throw people and who in the post-Trump administration has most to lose?” Deutsch said. “They’ll all go back to their political worlds, think tanks. If you are somebody who wants to be on television, in the communications world, whatnot, you really have to re-invent yourself. Mike Pompeo does not have to re-invent himself.”

“Look at others that have left the White House, except for one or two, they ain’t working in Washington anymore,” Scarborough said. “They’ve destroyed their reputations. They might as well go back home, because no administration will ever hire them again.”

Heilemann said whoever wrote the op-ed had strong communications skills and an understanding of the news media, and he saw another clue in her denial.

“Have somebody pull her denial yesterday, which is not in the category of denials where she’s trashing the person,” Heilemann said. “It’s a denial, but it’s a pretty soft denial.”