Antibiotic-resistant superbugs are getting deadlier, but they can be defeated — with viruses

It may seem absurd to fight disease with viruses, but bacteriophages could be the fix for a growing problem 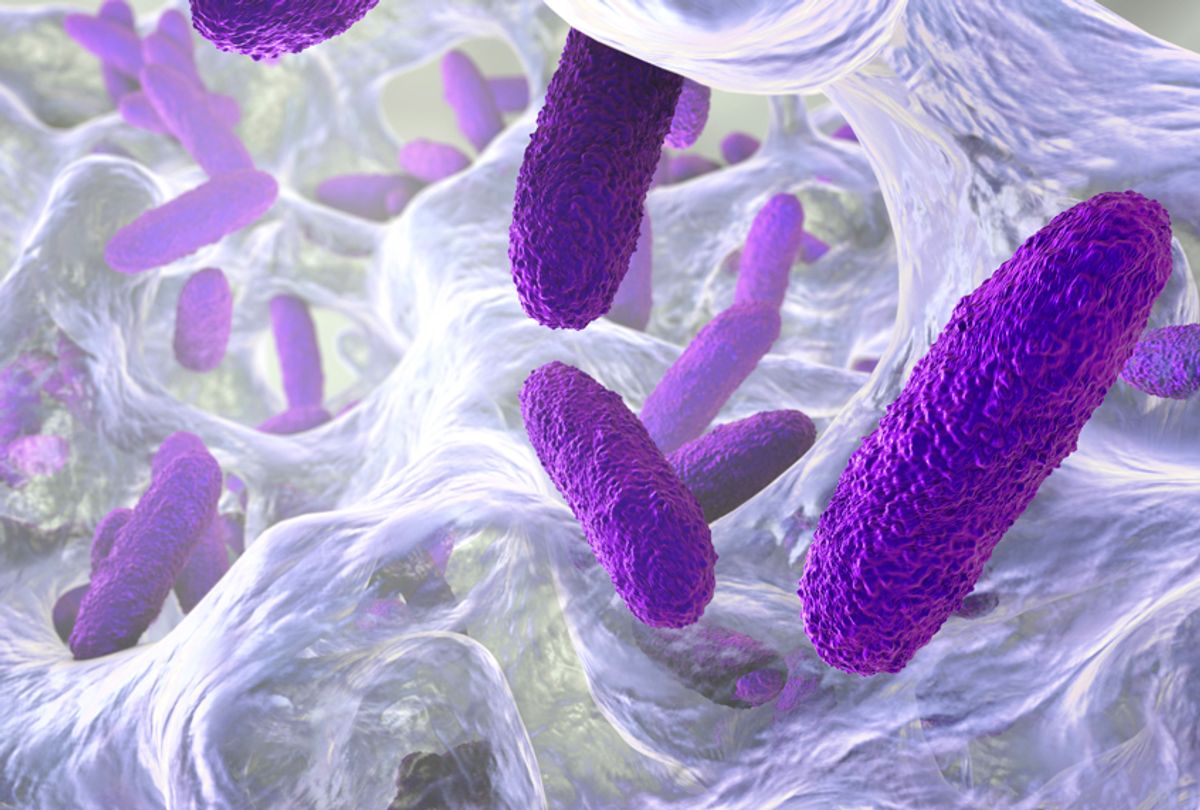 The world's most frightening infections aren't carried by plague-infested rats, rabid dogs, or chimps with Ebola. They're transmitted by "superbugs" -- disease-causing bacteria that can't be killed by antibiotics.

This year, superbugs will kill about 700,000 people, including 23,000 Americans. That toll will increase exponentially in the coming years as ever-evolving bacteria develop resistance to more and more antibiotics. Even hand sanitizers are struggling against certain microbes. By 2050, superbugs could kill 10 million people annually.

Fortunately, it's possible to avert this grim future. "Bacteriophages" — viruses that infect only bacteria — can destroy antibiotic-resistant superbugs. The U.S. government, however, isn't doing enough to facilitate the development of these viruses. That needs to change.

Antibiotics don't work as well as they used to. From 2012 to 2014, the share of bacterial infections resistant to antibiotics rose from 5 percent to 11 percent, according to a study published in Health Affairs.

Why the spike? For years, doctors doled out antibiotics willy-nilly. Even today, up to half of all prescribed antibiotics are unnecessary or used ineffectively.

Whenever antibiotics are used, some mutant bacteria survive. But the more an antibiotic is used, the more rapidly bacteria become resistant, reducing the effectiveness of the drug.

New treatments for superbugs are needed, but there have been no major novel antibiotic developments since the 1960s. That's largely because pharmaceutical companies are abandoning antibiotic research. It's time-consuming and expensive to bring a new drug to market — it takes about ten years and $2.9 billion, on average. So companies develop drugs that will make as much money as possible. Since drugs for chronic diseases make people life-long subscribers, and antibiotics are "one and done," developers opt to make the former. Moreover, growing antibiotic resistance reduces the effective lifespan of new drugs, further limiting profits.

READ MORE: Veterinarians report some owners are abusing their pets to get opioids

That's why researchers must look beyond antibiotics and devote more resources to novel treatments — like bacteriophage therapy. Our planet is home to trillions and trillions of bacteriophages — phages for short — making them the most abundant biological form in the world. Each phage evolves to attack a specific bacterium.

If a patient has a bacterial infection, she could take a cocktail of many phages in the hope that some will target the infection. The treatment can be modified with different phages if the first cocktail does not work. And phages very rarely produce side effects.

It may seem absurd to fight disease with viruses. But phages are already working wonders in some parts of the world. Doctors in the Republic of Georgia and Poland have used them for decades. One Texas woman with a debilitating infection recently decided to fly 6,500 miles to Georgia to try phage therapy. Within weeks, she made a full recovery.

Despite such successes, phage research is underfunded. The National Institutes of Health only spent $473 million on antibiotic resistance research last fiscal year, according to a Politico report. And just a third of it went to phage therapy.

That's chump change. Just look at how generously the government funds other health initiatives. Since 2004, the government has funneled $1.6 billion into bioterrorism defense research every year, even though there haven't been any notable bioterror attacks.

Even if there were a smallpox attack, the Centers for Disease Control and Prevention estimates it would only infect tens of thousands. By comparison, we know that millions of people will die from superbugs unless better treatments reach the market.

The government isn't merely skimping on research funding. It's also making it difficult for private companies and non-profits to develop phage therapies. Phages aren't a static chemical compound — they quickly evolve just like the mutating bacteria, giving them a huge edge over antibiotics. Even when a bacteria develops resistance to the phage, new phages can be found or existing phages can evolve to become effective again.

But this advantage also makes phages difficult to evaluate in a traditional clinical trial setting. Right now, the FDA only approves phages for use on a case-by-case basis.

To take full advantage of its potential, phage therapy needs its own separate FDA approval track.

Superbugs are becoming more and more deadly — and traditional antibiotics alone can't stop them. Phages may be the secret weapon; they're proven to be safe and effective.

It's time for the government to realize the best way to defeat killer bacteria may be to give people harmless viruses.

Bryan Gibb, Ph.D. is an assistant professor of Life Sciences at New York Institute of Technology.